Antique Polychrome Wood Statue
The Dharmapala or Lokapala are the protectors of the Buddhist Dharma, and the Guardians of Four Directions. Traditionally they are seen at the entrances to temples as protectors from danger coming from any direction. They are the compassionate Buddha or Bodhisattva in wrathful expression for defending and protecting all sentient beings.
Exquisitely carved from a single block of camphor wood, using an unique Chinese formula of gesso mixtures, this impressive temple guardian stands impassively, holding a long spear (replaced), dressed in Ming style attire, colorfully arrayed with taotie mask waist belt and fish scale armor, his face is in dark green and placid with flaring beard and brows. The statue is meticulously detailed with gold foil and finely embossed motifs. Such elaborate design can be traced back to the Daoist influence of the early Qing eras (1644-1911 A.D.). Along with the elongated and stylized figure, the condition of the statue is consistent with polychrome wood carving from the 18th century or earlier. 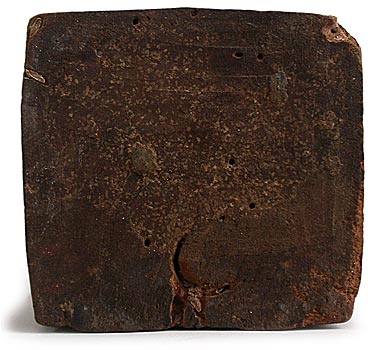 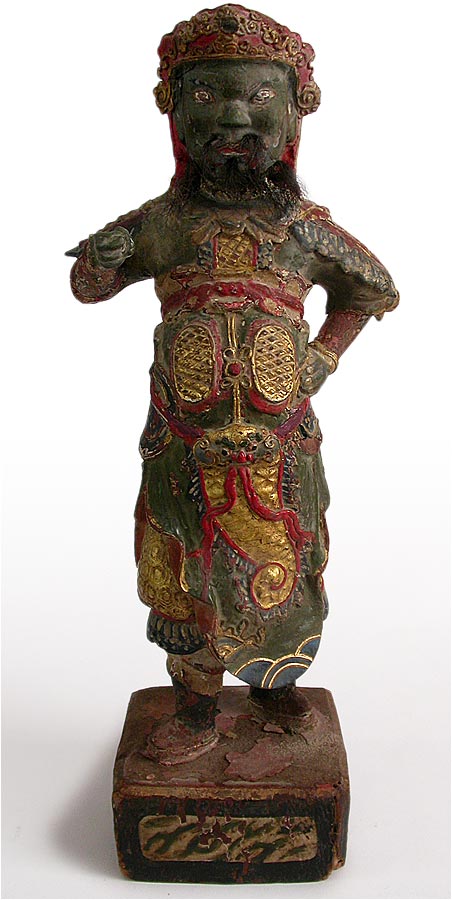 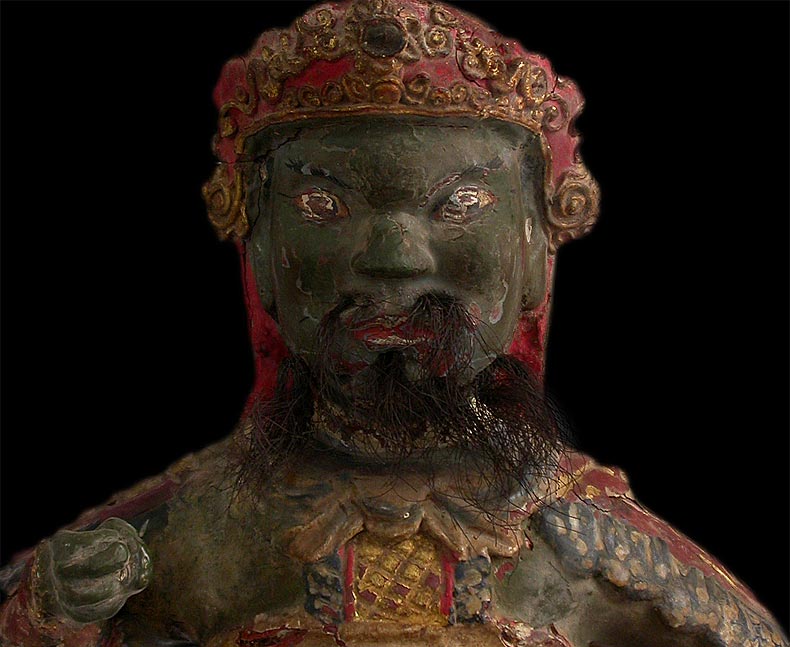