Antique Chinese Carved Bamboo Statue
A rare carving of the Star God of Longevity. In Buddhism he is known as Pindola the Bharadvaja Arhat. This Qing statue is exquisitely rendered from a close-grained bamboo, with a aged red-gold stain surface, high-handed polishing smooth to a shine over time. Carved with assurance and Ming style simplicity, the Taoist deity is laughing joyously, holding a longevity peach and riding on a stag. According to legend, the South Pole Star God was carried in his mother's womb for ten years in the 10th century. He was a hermit and a reincarnation of the Taoist god Hsuan-Wu, a crown prince who refused to be made a king and left worldly life to devoting to the study of Taoism and eventually becoming an Immortal. He is one the three Star Gods of good fortune, Fu, Lu and Shou, meaning Prosperity, Status and Longevity. 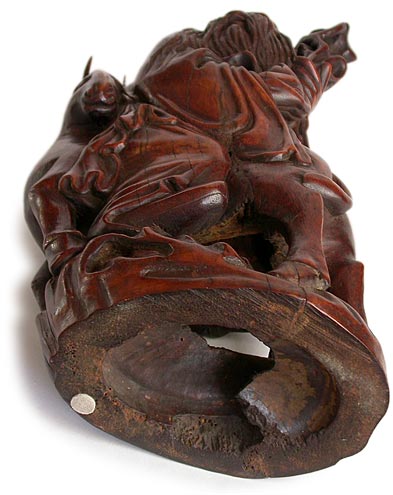 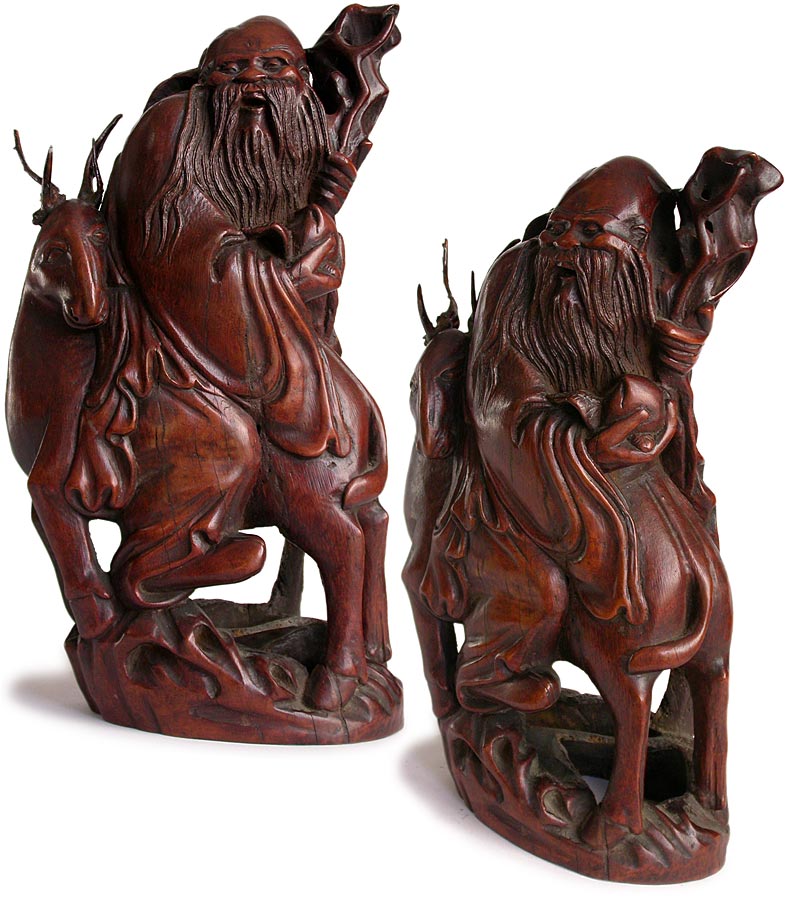 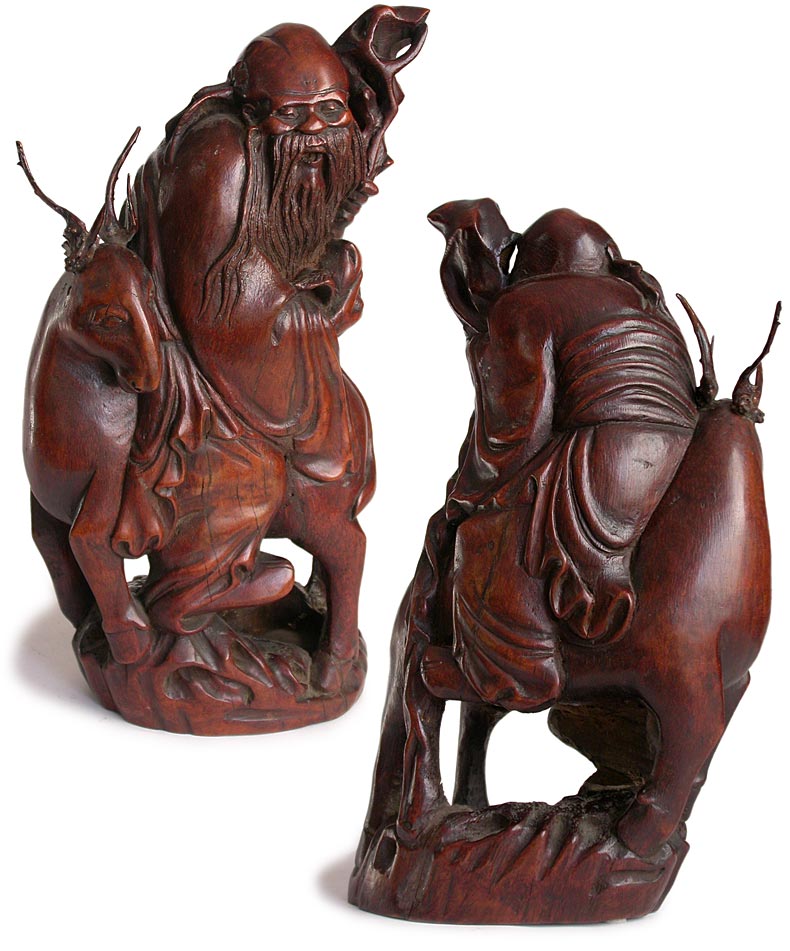