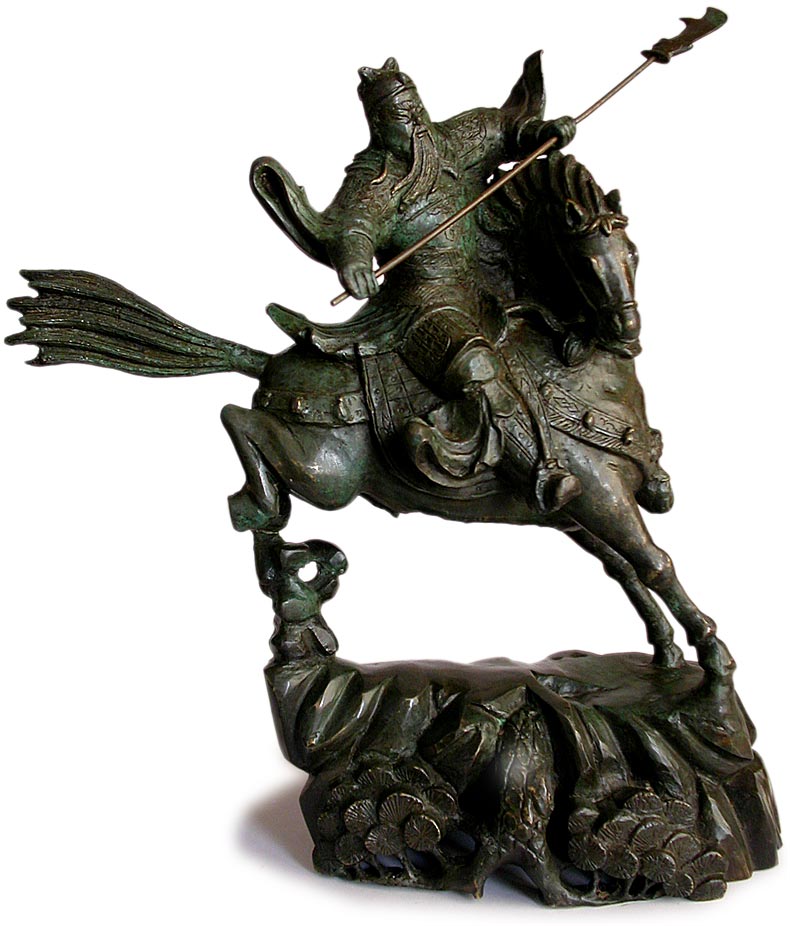 Antique Chinese Bronze Statue
A heavy cast heavy bronze Guan Yu statue detailed with elaborate hand carved motifs. It has a rich bronze patina, random deep green encrustations, and layers of mineral deposits embedded in the interiors. Judging by its casting technique and surface appearance, evidently the statue was made in an earlier date; which appears to be consistent with the Great Ming Xuande mark (1426 - 1435 AD), as shown in a rectangular reserve. The legendary hero is dressed in armor, with a Green Dragon Crescent Blade tightly gripping in both hands, while riding on the fierce steed Red Hare above a leaning pine rocky mound. Contrary to the tumultuous movement, the face of Guan Yu is calm and dignified, with a serene essence of a Buddha that exuded a sense of austere majesty. The God of War is also venerated as the God of Literature, the God of Wealth, the patron saint for members on both side of the law, and a tutelary deity of business in Asian cultures. He is undoubtedly the most popular of Chinese divinities worshipped in every home by Taoist or Buddhist alike, and countless temples were dedicated to him. 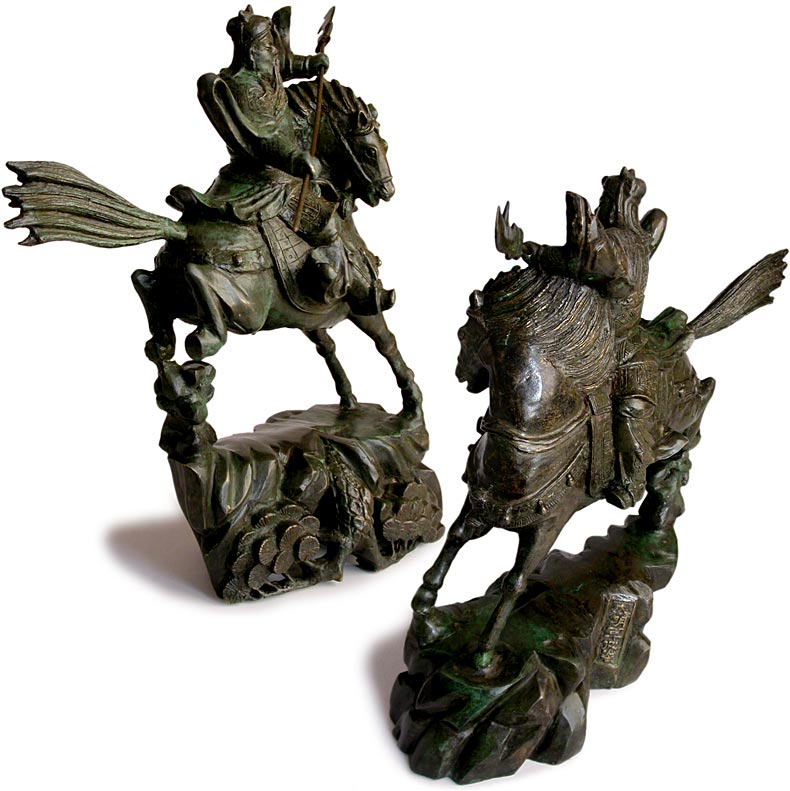 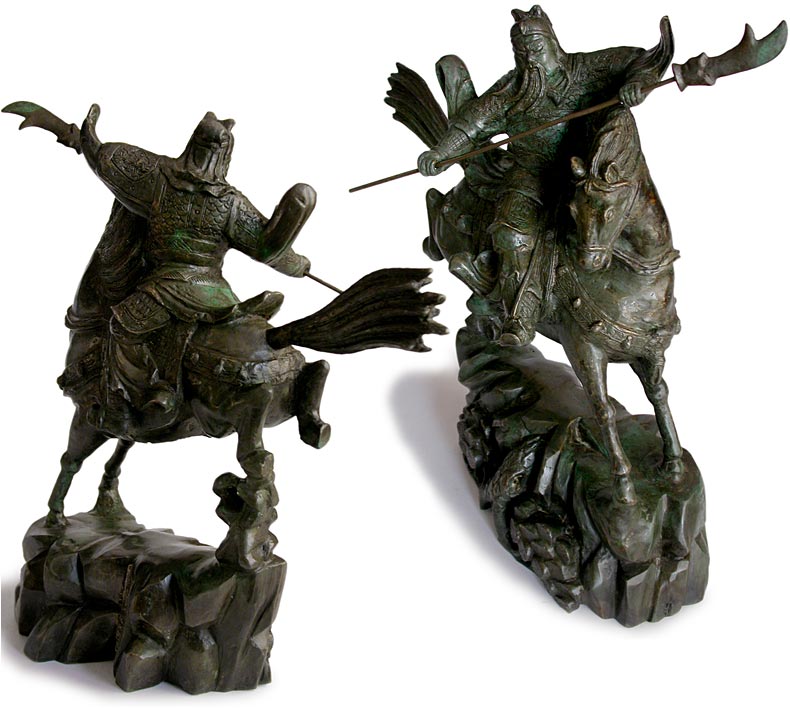 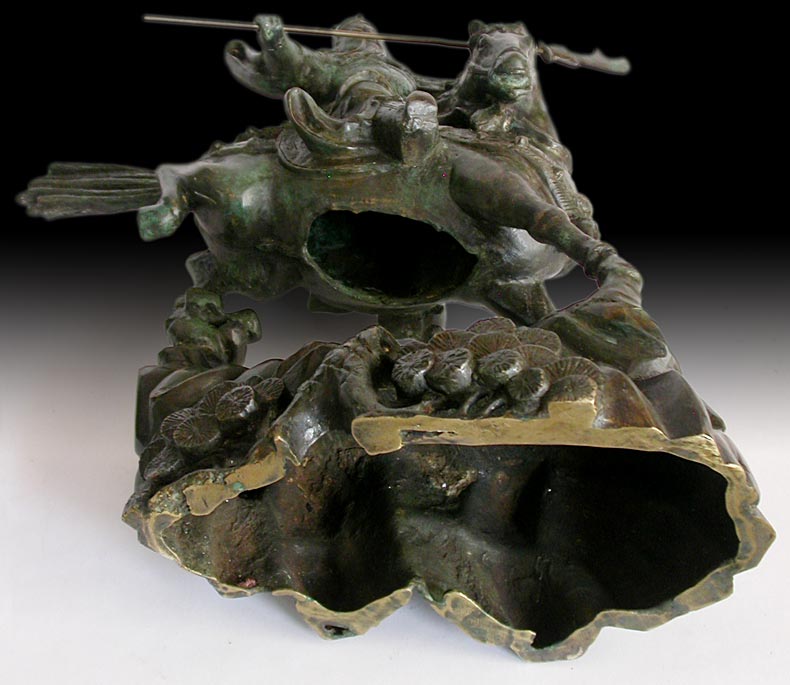 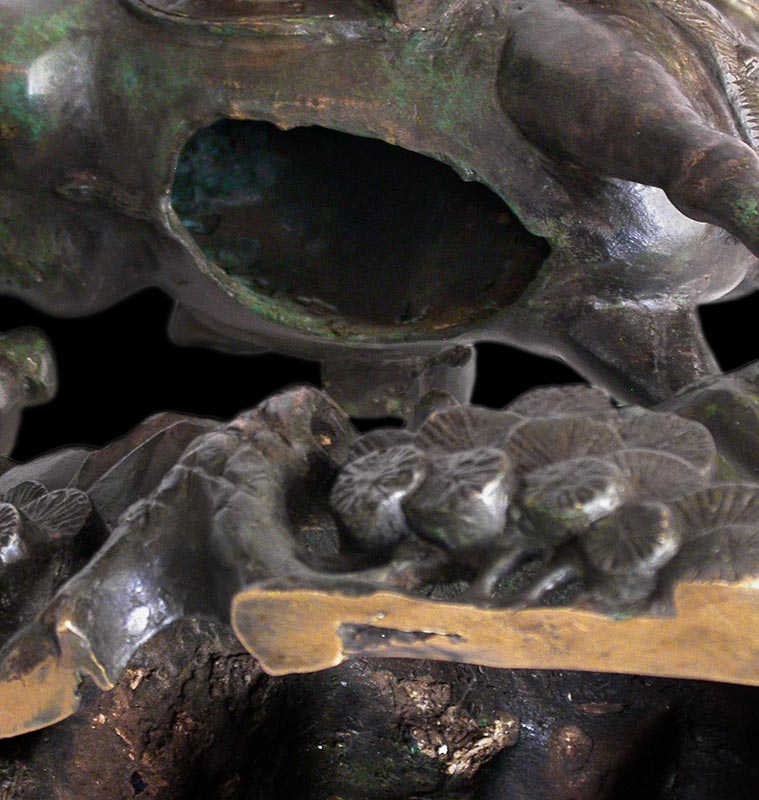