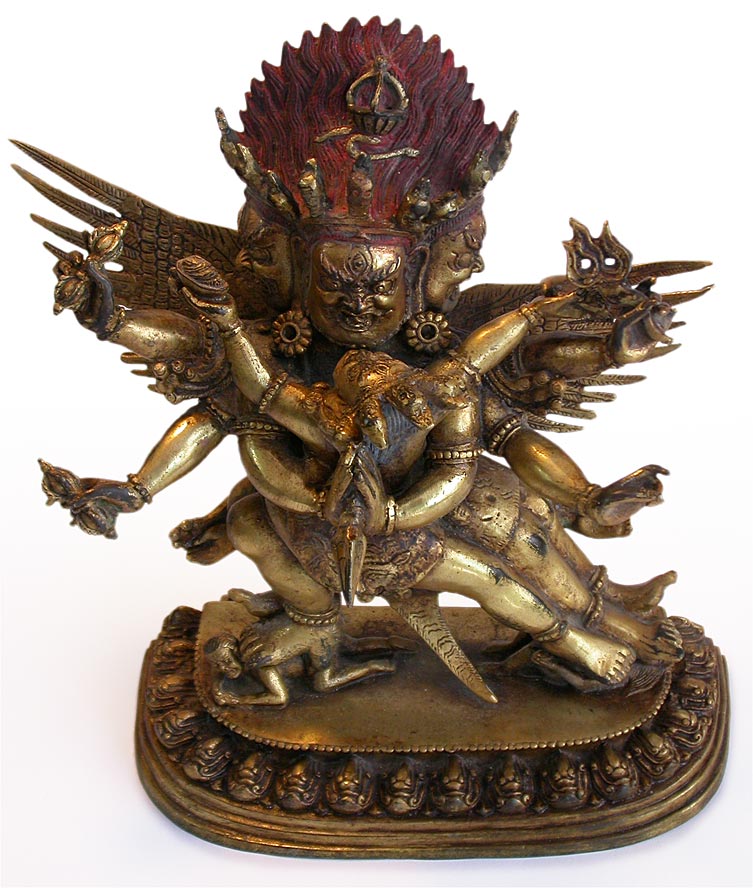 A fine casting with an extensive display of attributes for descriptive symbolism in this stunning bronze, portraying the compassionate Vajrasattva transformed into the three-headed wrathful deity Vajrakilaya, who has six arms, four legs and two wide outstretched wings. As one of the five Wisdom Deities, Vajrakilaya is the tutelary, meditation yidam deity. For Buddhist practitioners, he is believed to be the most powerful destroyer of delusion and remover of obstacles in the practice of Dharma.

True to the Sanskrit term, the name Heruka was translated into both Chinese and Tibetan as "blood drinker". Hence under crowns that are ornamented with skulls, he has large bulging eyes and wide opened mouths that are baring fangs and lolling tongues, with red hair stands on end resembling scorpion-sting tips, and held in the center in his folded hands is the iconographic downward pointing three-sided phurba, as his arms embrace the consort Dipta Chakra, who held a skull bowl and a chopper in her hands. The deities are wearing elaborate jeweled girdles of skulls, anklets and other Heruka ornaments, behind the pair a Garuda hoovering atop a large flaming mandorla, together they stand on the backs of two small figures above an oval-shaped lotus base.

In the Tibetan Book of the Dead (Bardo Thodol), Padmasambhava is quoted to had said: "The crucial point is for those who have meditated on these Herukakaya and also made offerings and praise to them, or at the very least, have simply seen their painted and sculpted images, so they may recognise the forms that arise in the Bardo and attain liberation." 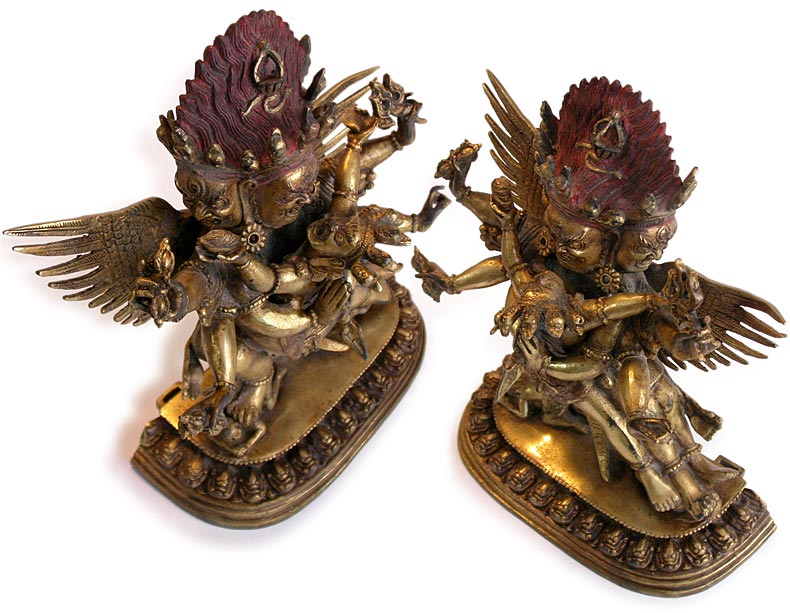 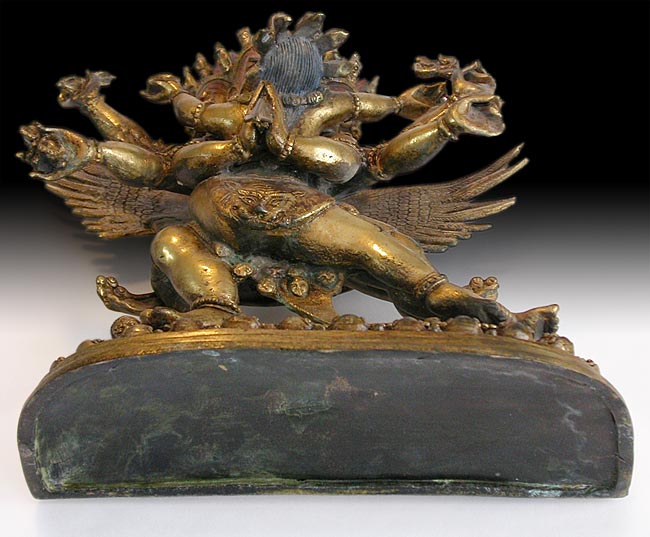 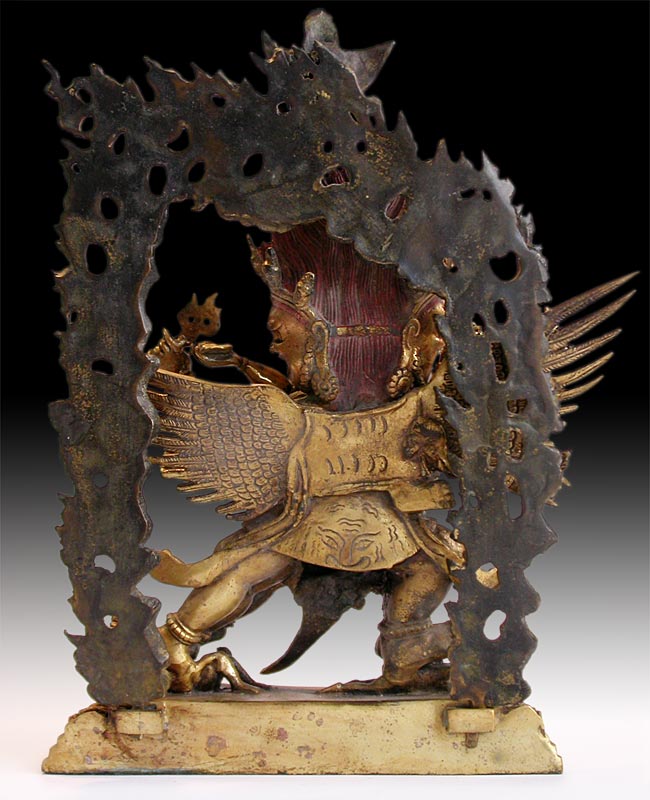 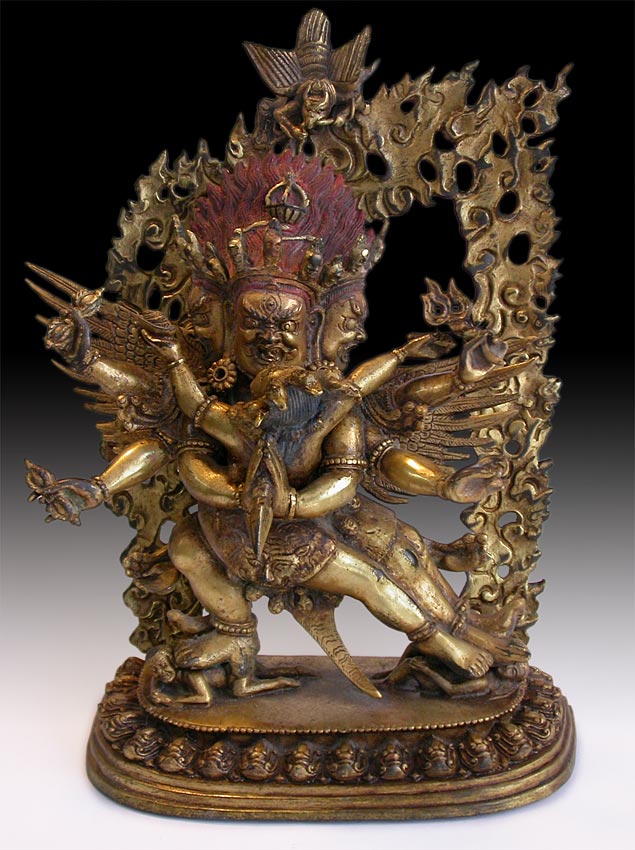 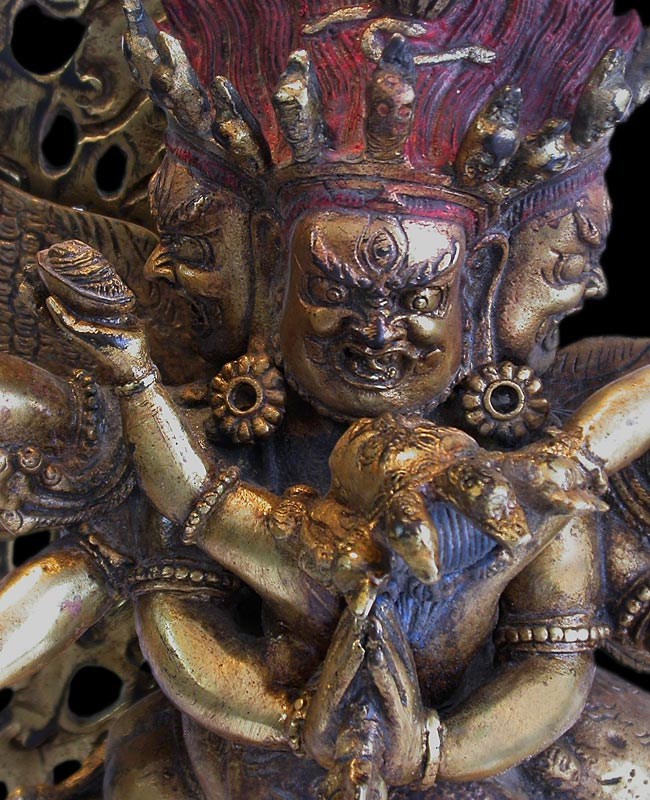