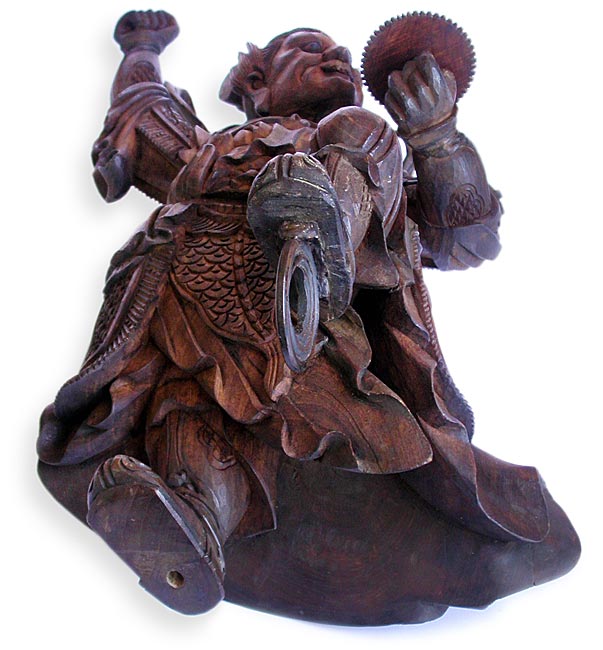 Antique Consecrated Ichiboku-Zukuri Statue
Originated in India, Deva Kings were adopted into the Buddhist pantheon in China and Japan in the 6th and 7th centuries. Where they are venerated as Gose Shitenno 護世四天王, temple guardians and protectors of the world, they each dwell in one of the four continents surrounding Mt. Sumeru 須弥山. Among the four, Tamonten is the only Deva King worshiped independently, both as a guardian of the Buddhist faith and portrayed as one of the Seven Lucky Gods Shichifukujin in Japan.

The Guardian of the North, Bishamonten is wearing a winged helmet on his chignon, with intricately carved warrior armors and high boots, ornate cuirasses in low relief, taotie lion-headed waist-belt, sinuous flowing sash running down to the side, his large head turned sideway forward, opened mouth detailed with teeth and tongue, upturning bushy eyebrows framing a third eye in the forehead, as two bulging eyes fiercely glaring beyond the stupa held in his left hand, firmly gripping in his right is a raised cudgel, while his bended knee thrust forth with left foot on a fire wheel, in a striking pose on a mound-shaped pedestal detailed with cloud motifs. In playful martial arts acrobatics, the warrior's stance is anchored with intensity, virility, and sweeping with force. Closer observation reveals a restored sash; the aged bared wood surface has a consecrated chamber, indicating this is a sacred Danzo sandalwood sculpture 白檀の彫刻像. The composition reflects a rare departure from other traditional representations of the Shitenno. Japanese history shows that the Ichiboku-zukuri 一木造 carving was revitalized by the Zen priest Mokujiki Myouman 木食明満 (1718-1810) in the early 19th century. We can safely attribute this fine carving to be a formal religious/spiritual icon carved during the cultural flowering Meiji period (1868-1912) 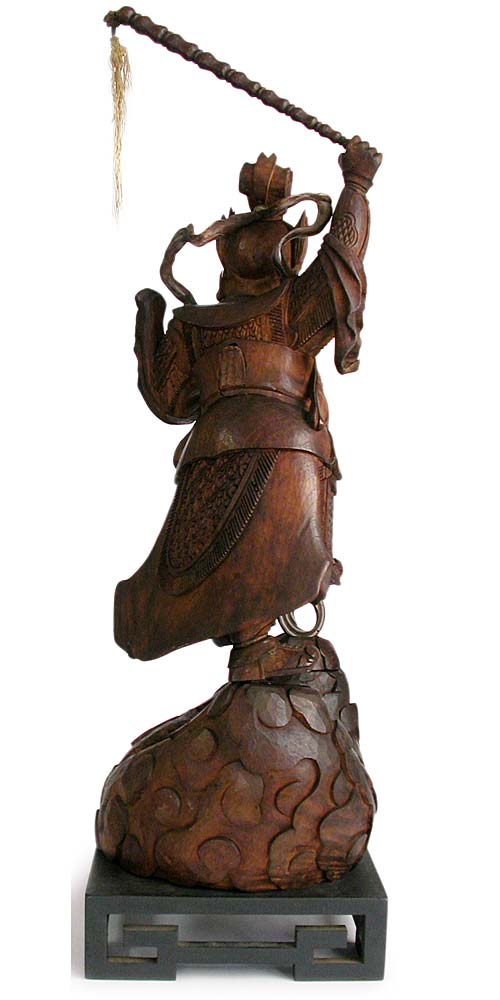 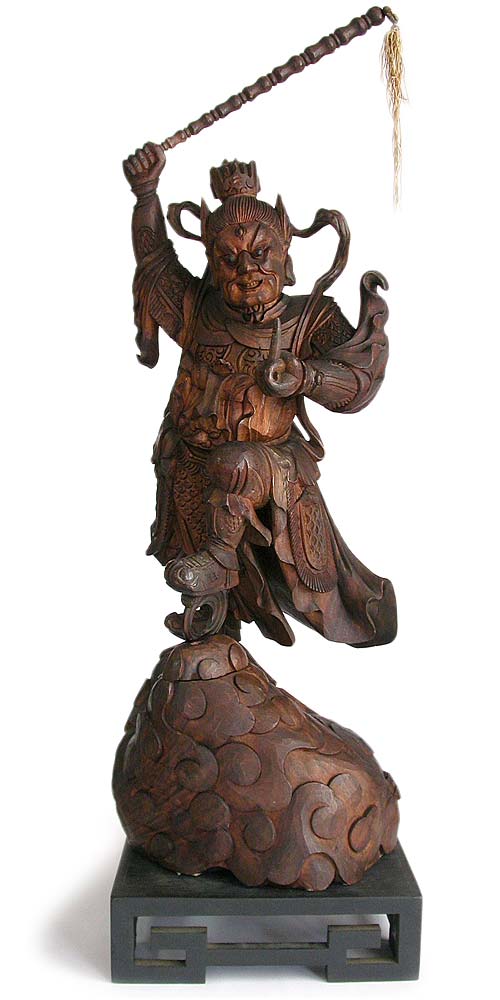 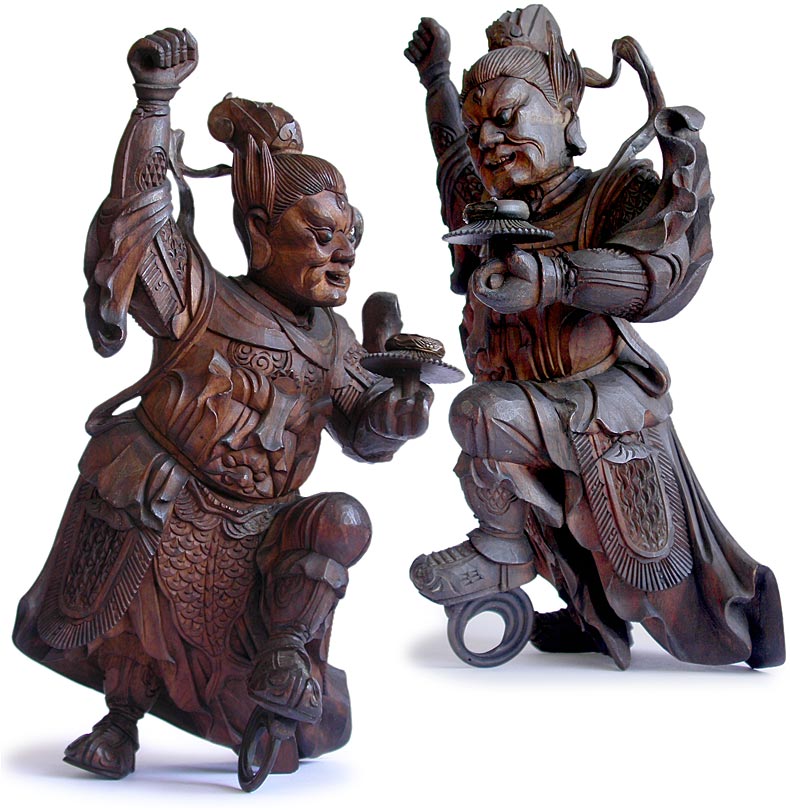 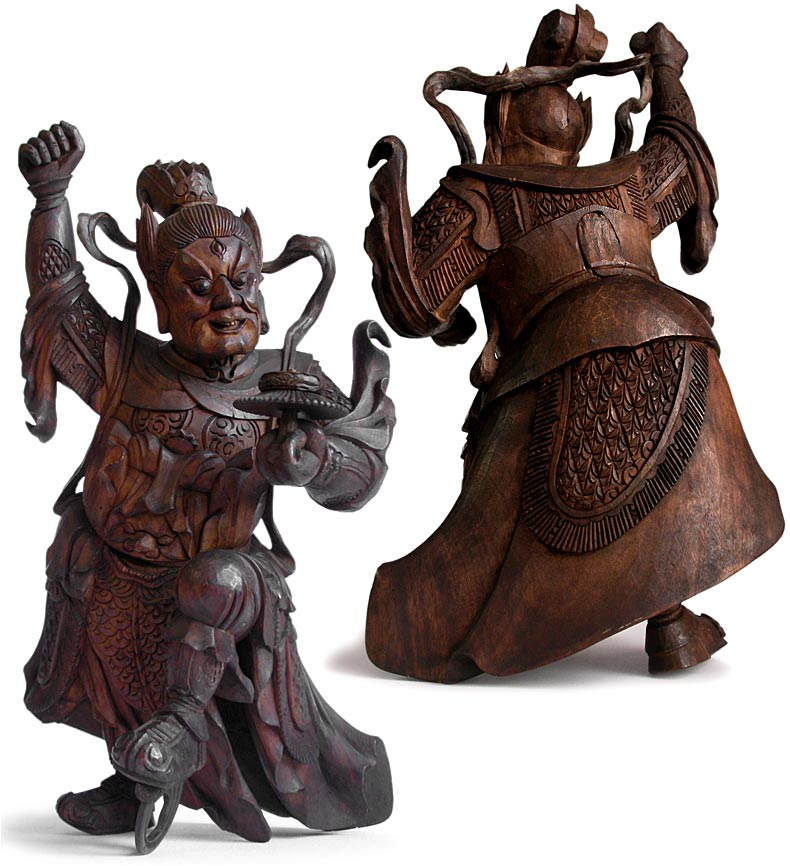 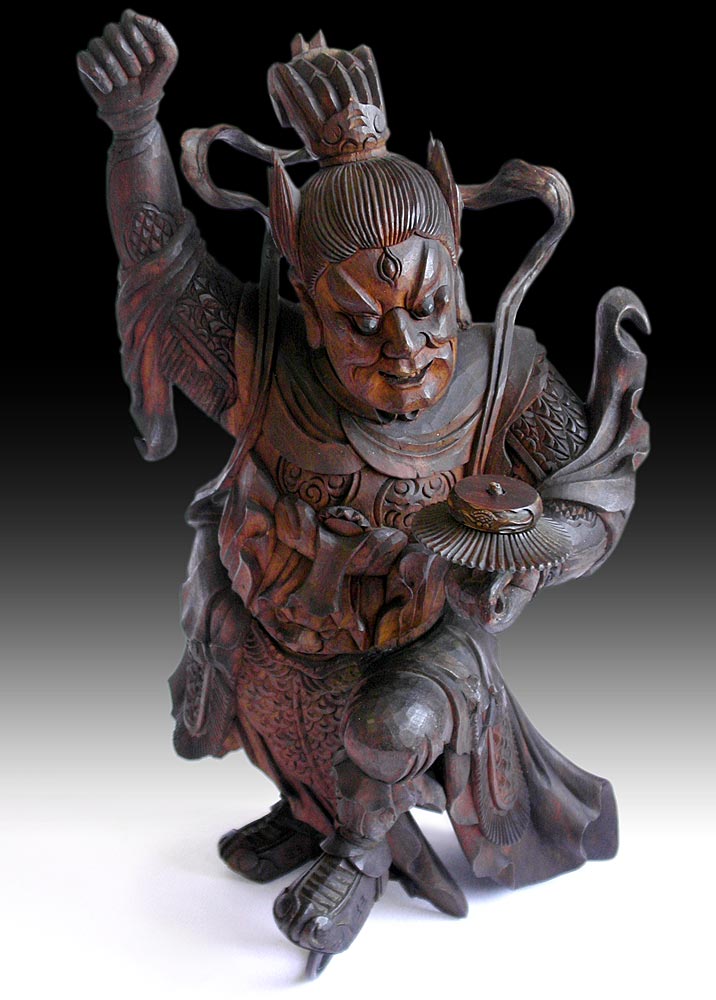 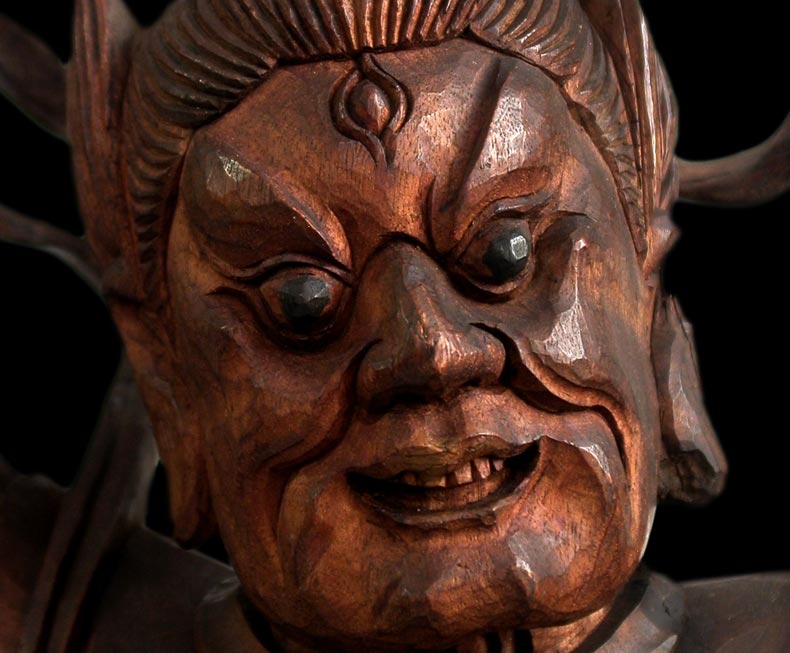