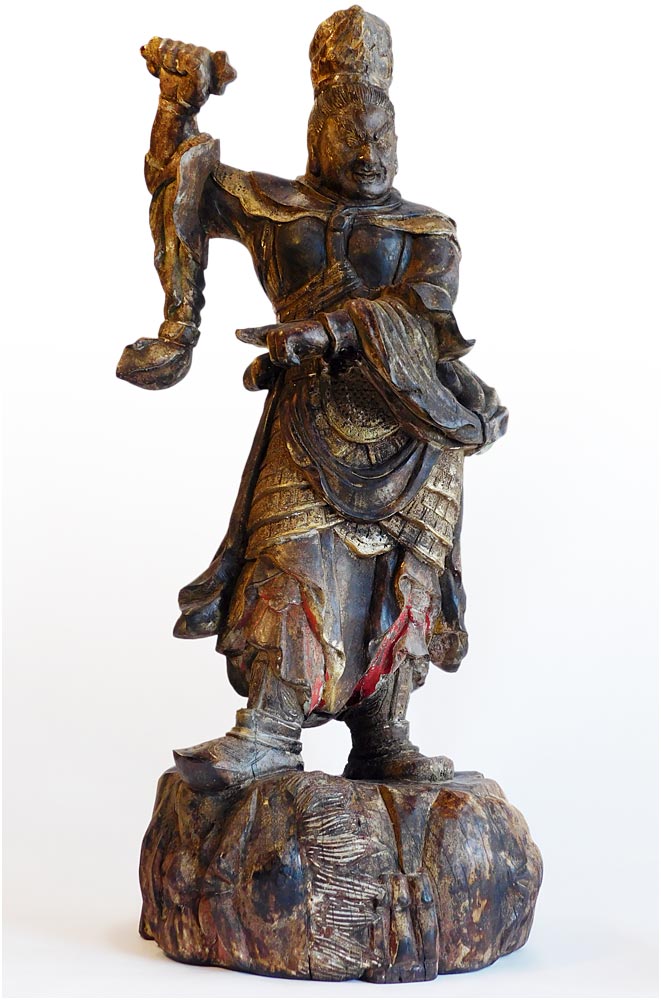 Antique Japanese Single Block Carving
A large and vigorous Ichiboku Zukuri, the Guardian of the East Jikokuten, is depicted in an elaborate suit of armors, with ornate cuirasses in low relief. Sinuous robes are flowing down to the side, wearing a pair of high boots, standing legs firmly apart above a pedestal made of two giant demon heads. He holds a thunderbolt in his raised right hand. His two bulging eyes are fiercely glaring downward. The Deva King’s facial expression is infuriated and dignified. His anchored stance with unwavering intensity, virile, and sweeping with force. Though time has transcended much of its vibrant glory, the Guardian of The East is warlike. Proficiently demonstrated in his threatening militant mudra (Kongo Ken-in). It represents the power to destroy the passion of this world. There are thin crack lines, burn marks, and paint loss from years of worship. The aged wood surface is darkened. It remains solid and weighty, polychrome with a remnant of gilt scattered throughout the statue. 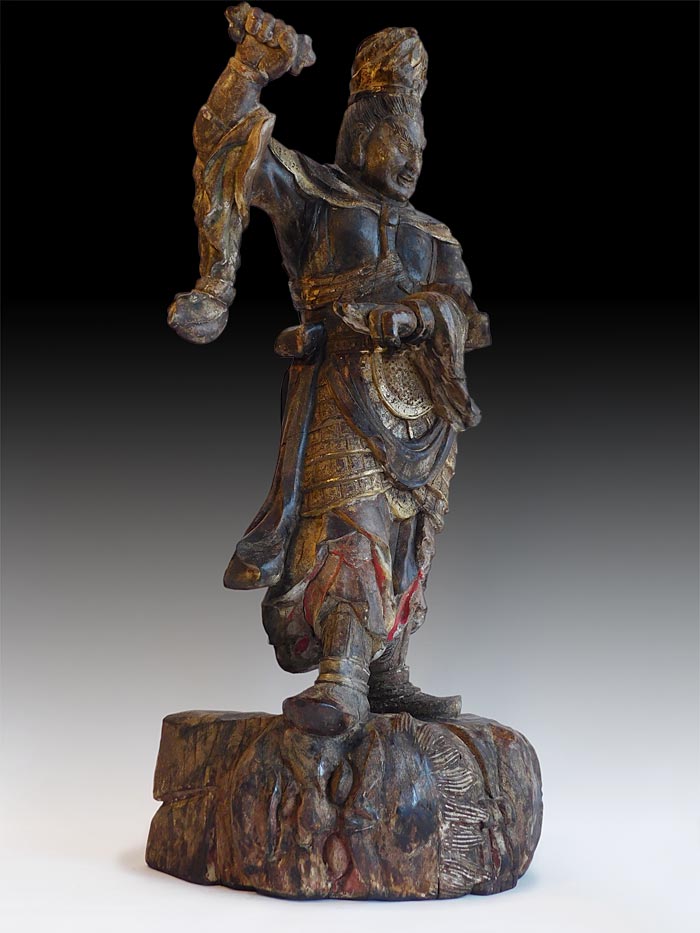 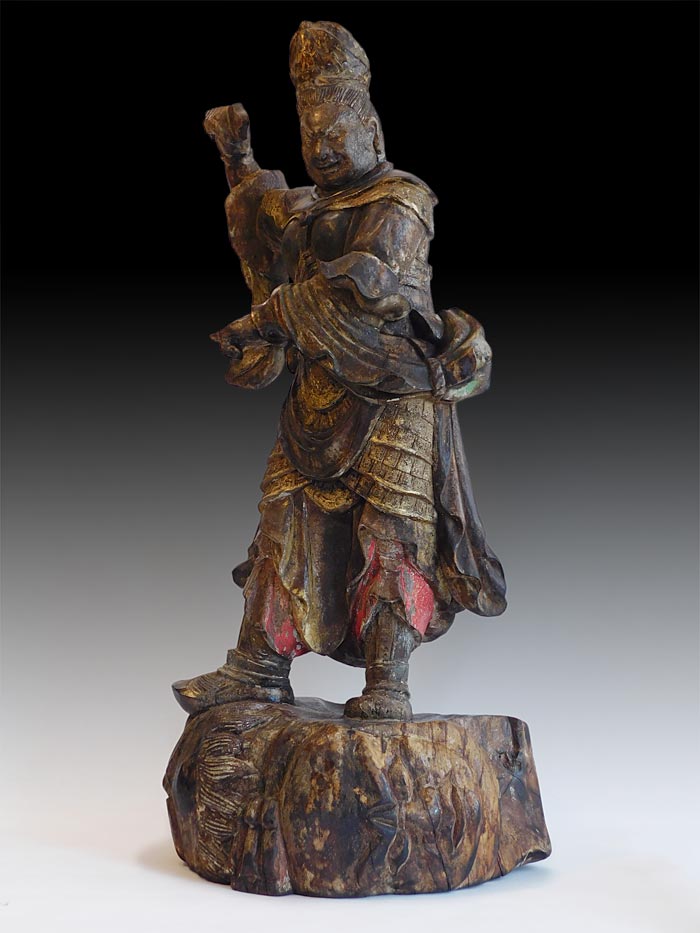 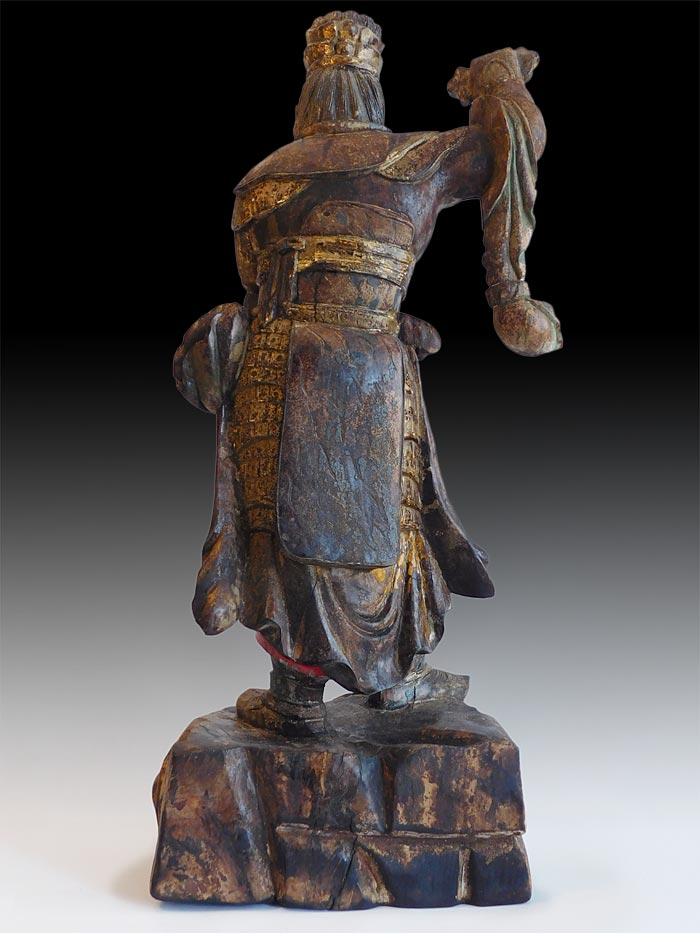 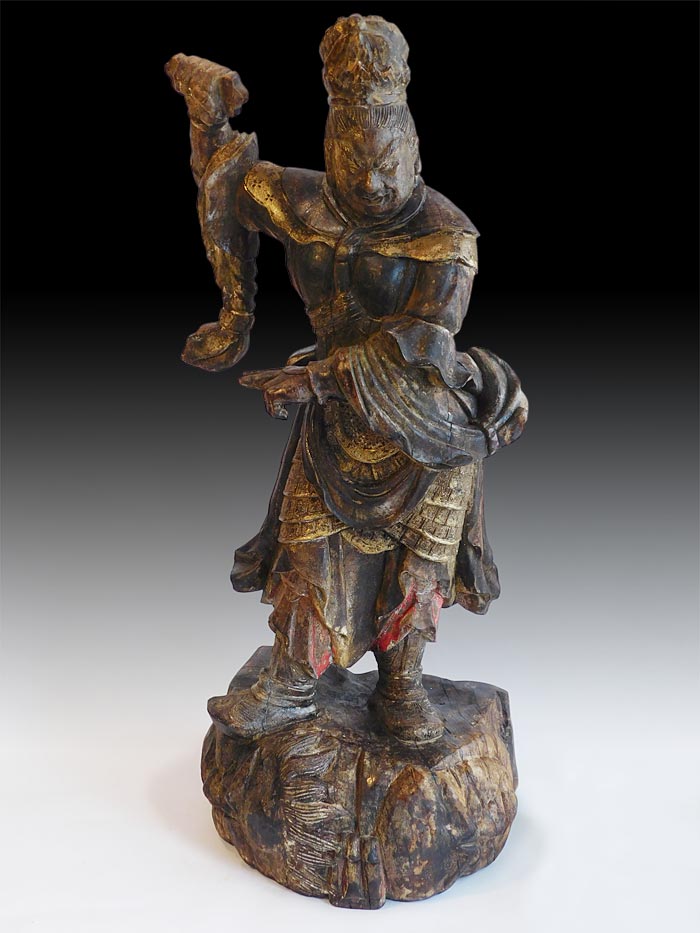 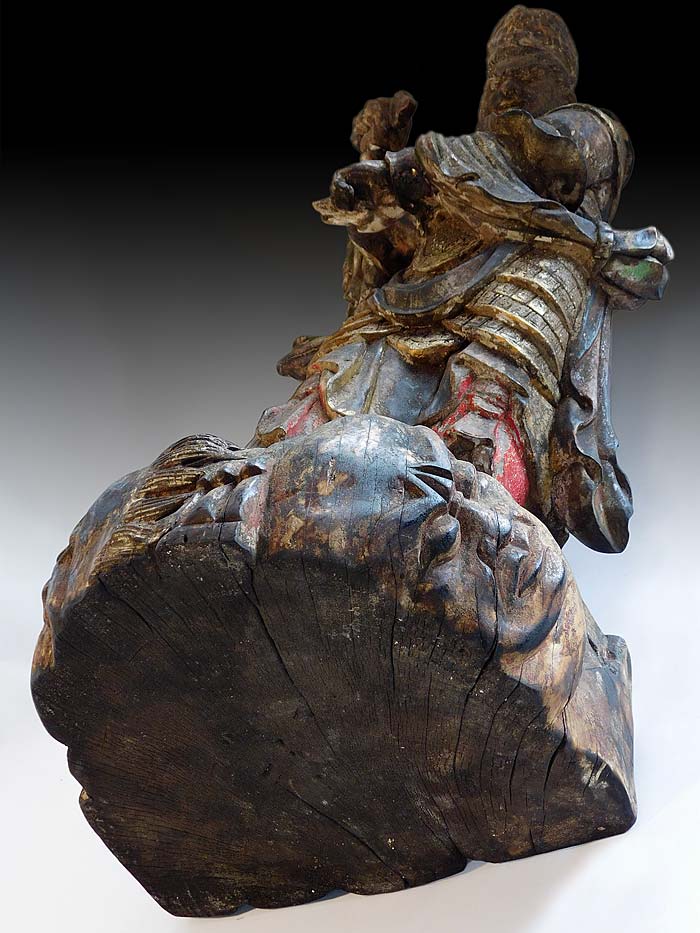 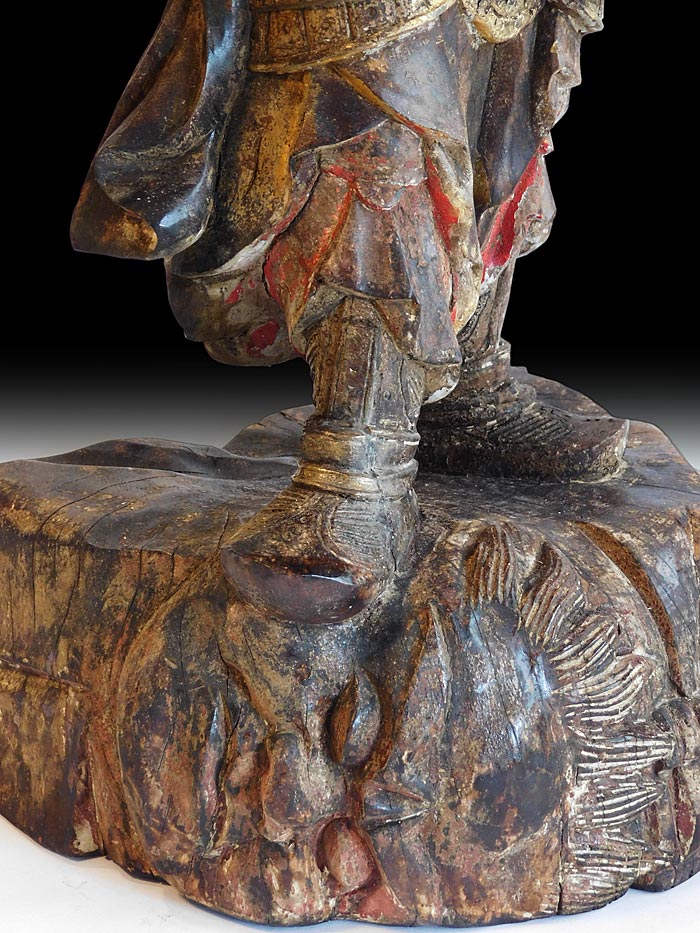 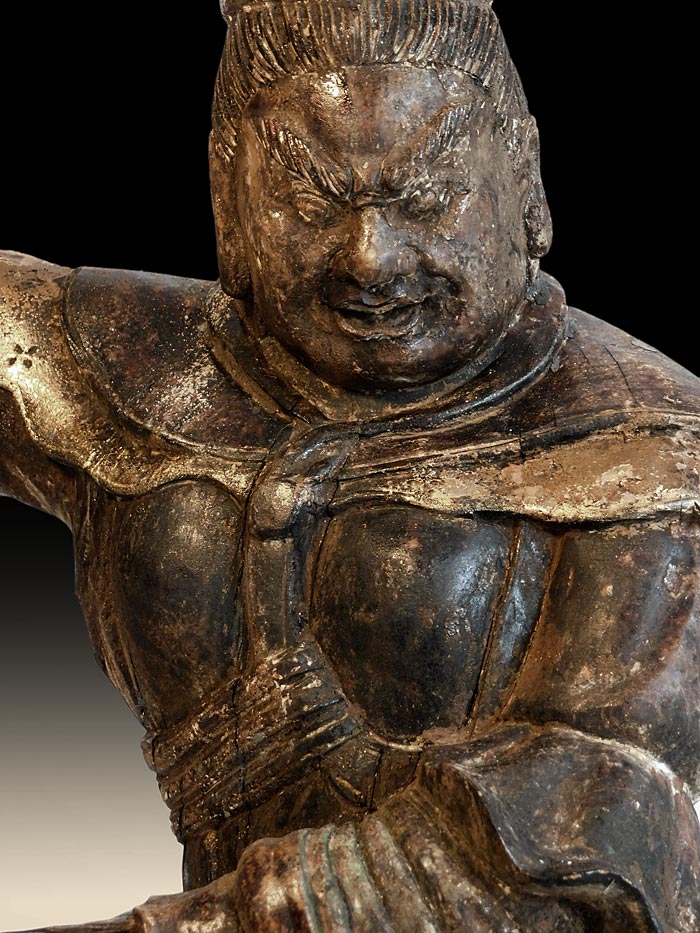