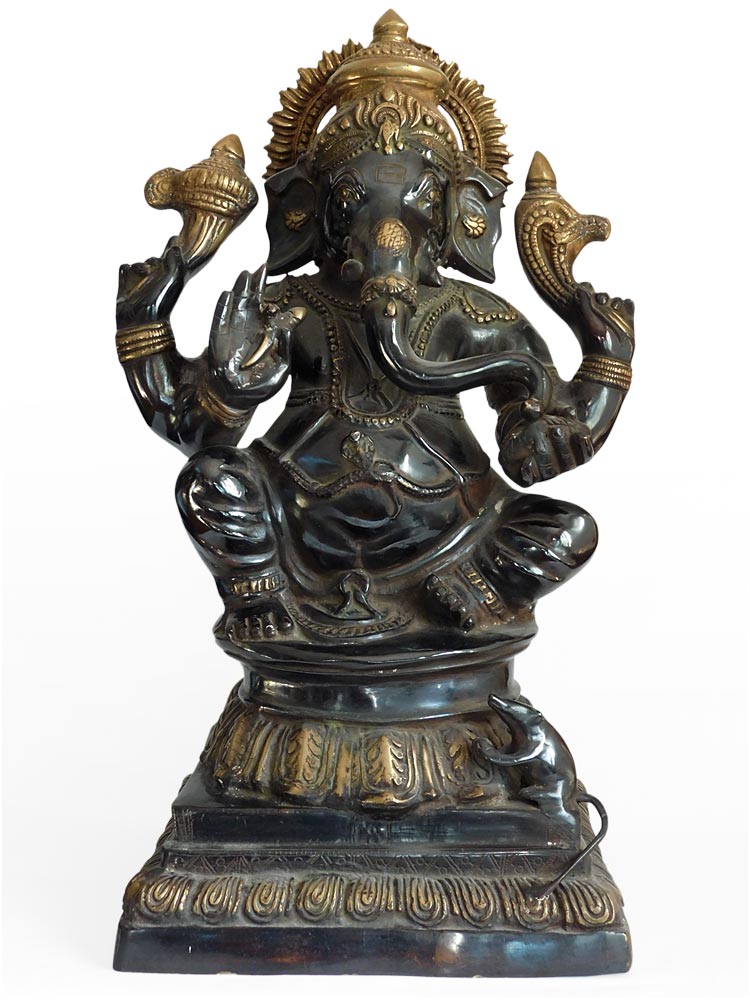 intage Hindu Brass Buddha Statue
A large and resplendent Ganesha, the most widely worshipped deity in the Hindu pantheon. Patinated in jet-black, he wears a headdress in the form of a stupa, jeweled necklaces, bracelets, and anklets highlighted in gleaming bronze. The God of Wealth is seated on a double lotus pedestal in royal ease. He has four arms, his right hand is bestowing blessings, and his left hand is holding a bowl of sweets. He holds a hatchet in his upper right hand that cuts through all obstacles. In his left, a pasha noose that conveys the binding nature of worldly attachment and desires in a snare. Rested by his left foot is his pet mouse vehicle, Mooshak. A symbol of an all-encompassing soul in the hole of intellect behind the inscrutable worldly illusion. Ganesha is worshipped as the God of Wisdom. A remover of obstacles called upon at the beginning of a journey or a new venture. Hindus, Buddhists, and Jainists most adore him as The bringer of good fortune. 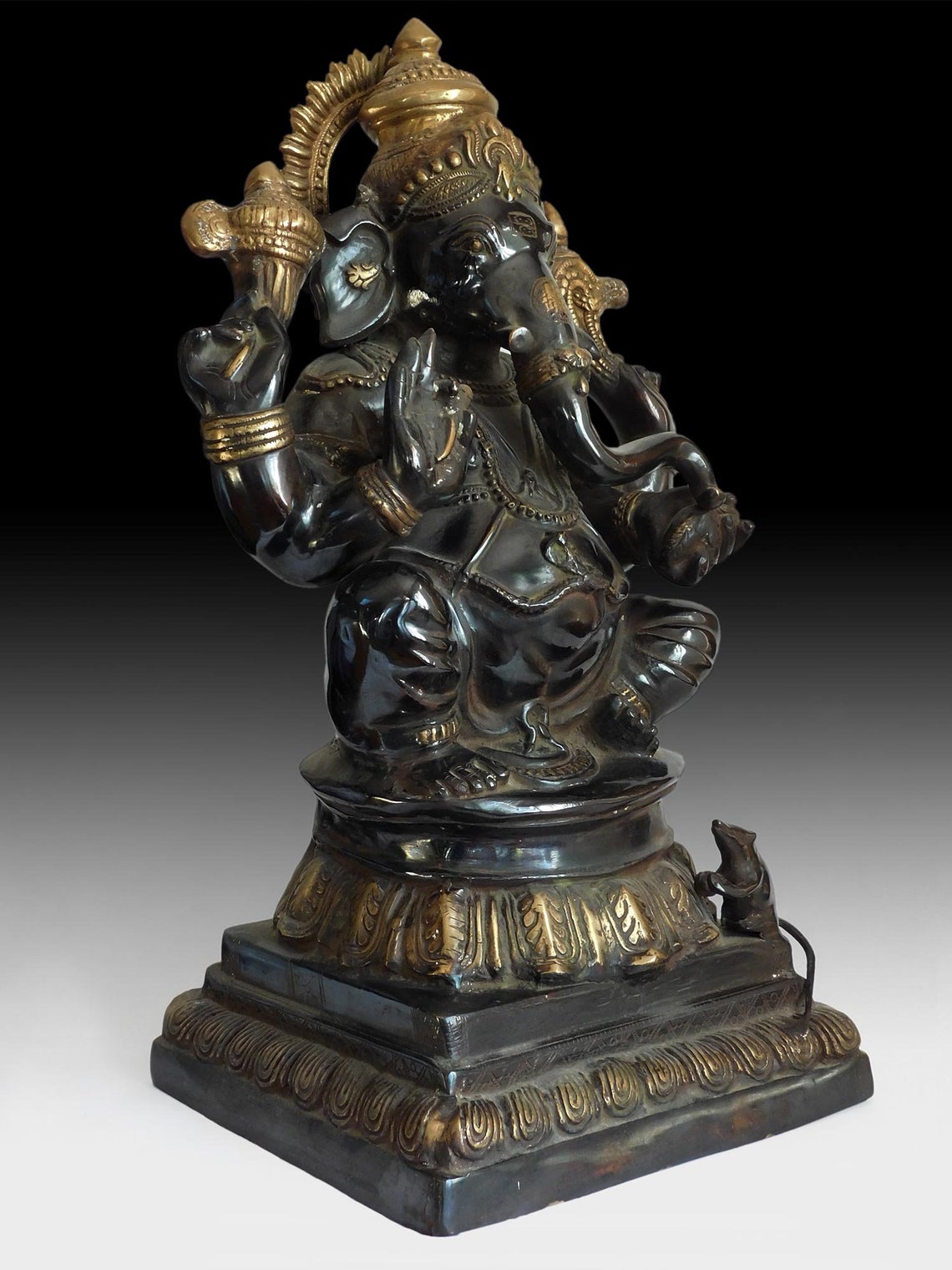 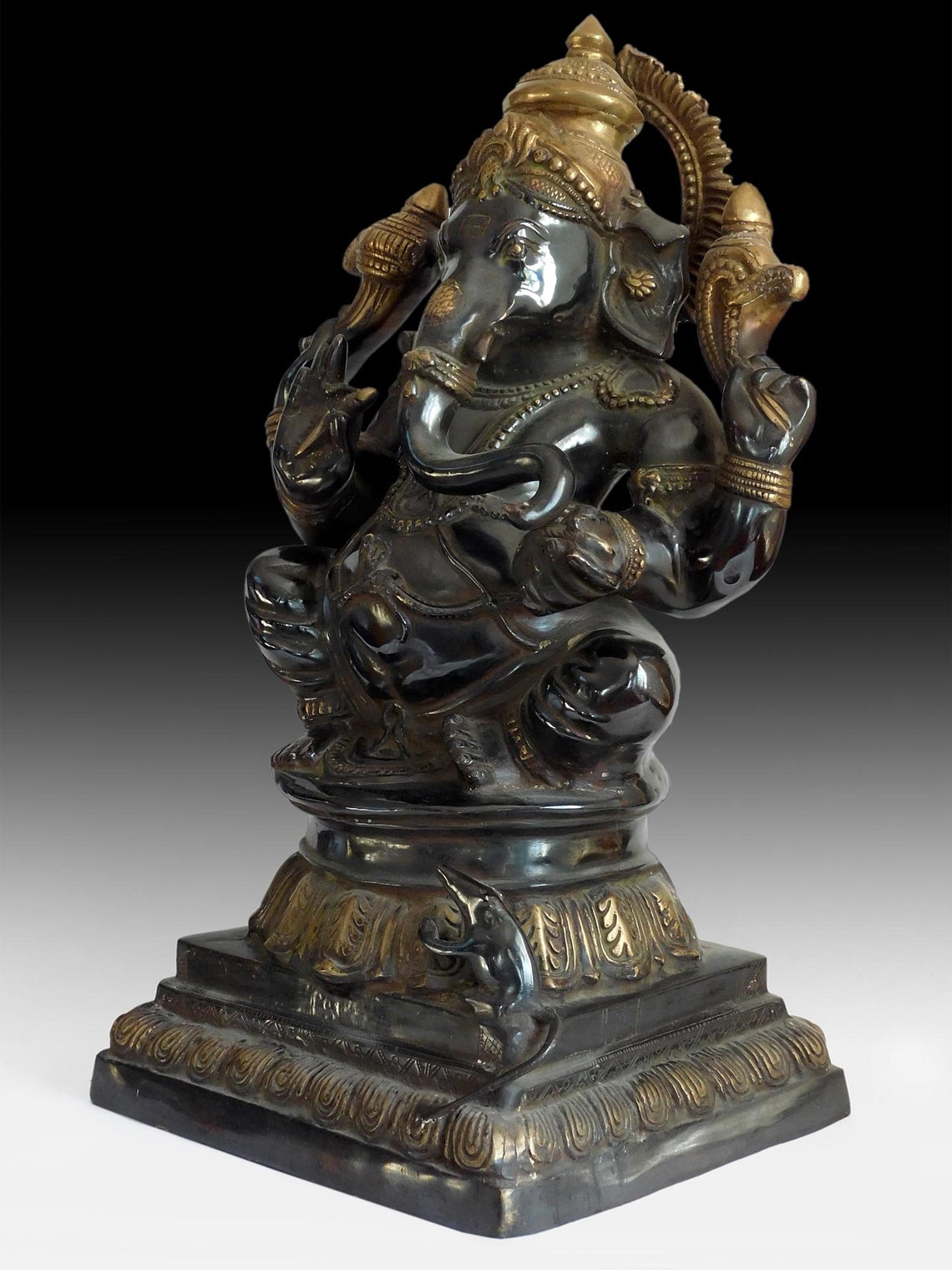 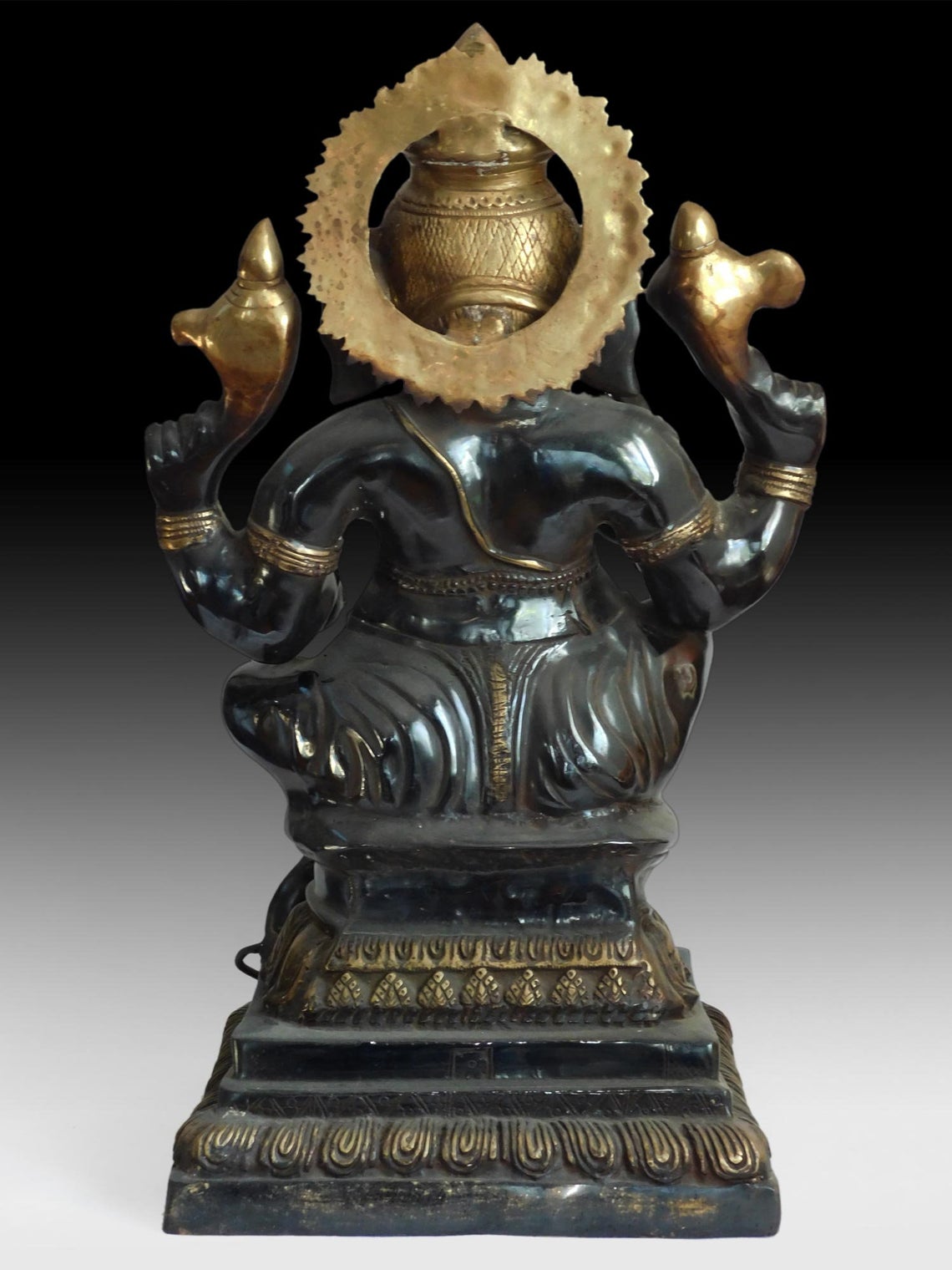 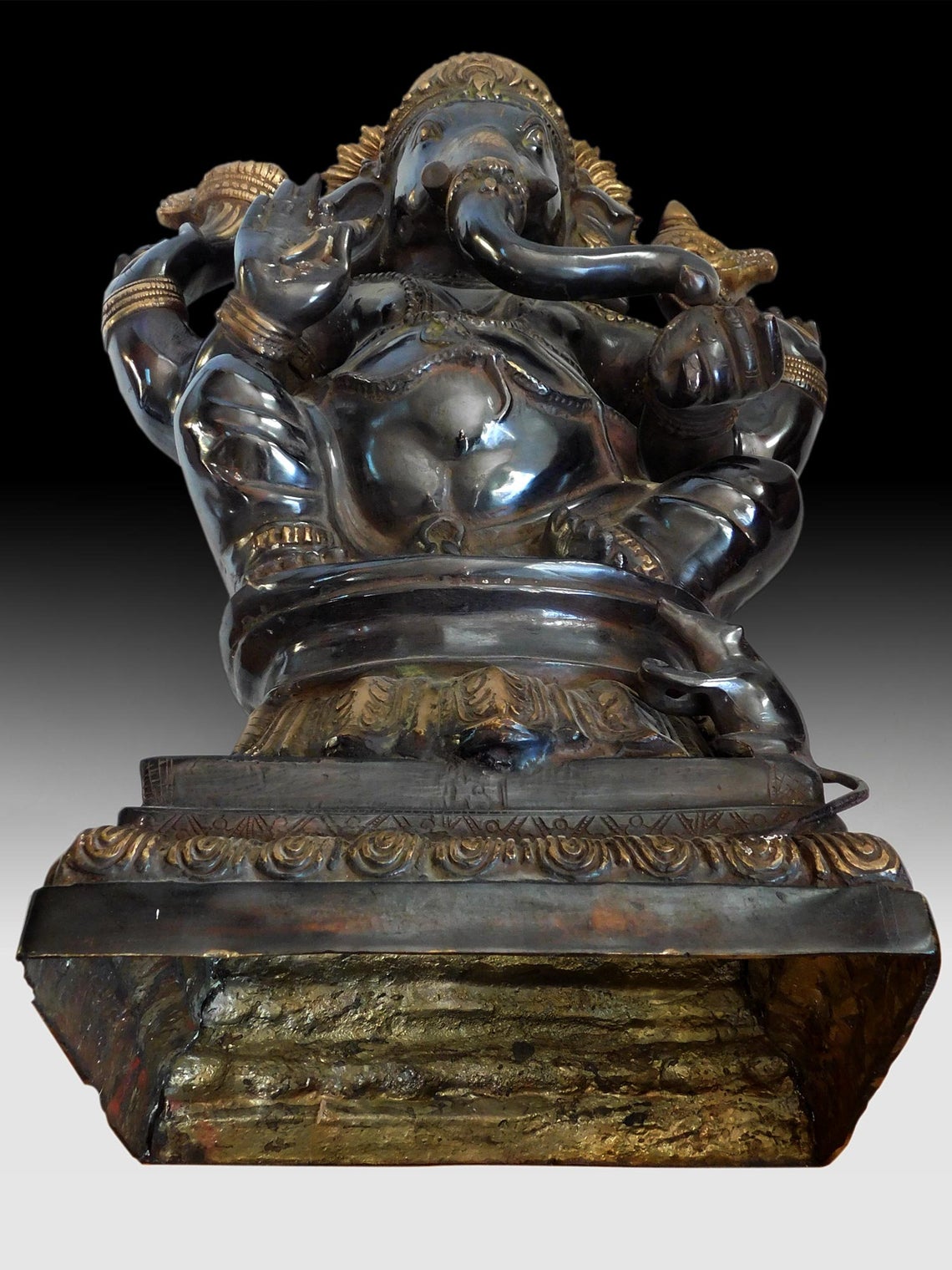 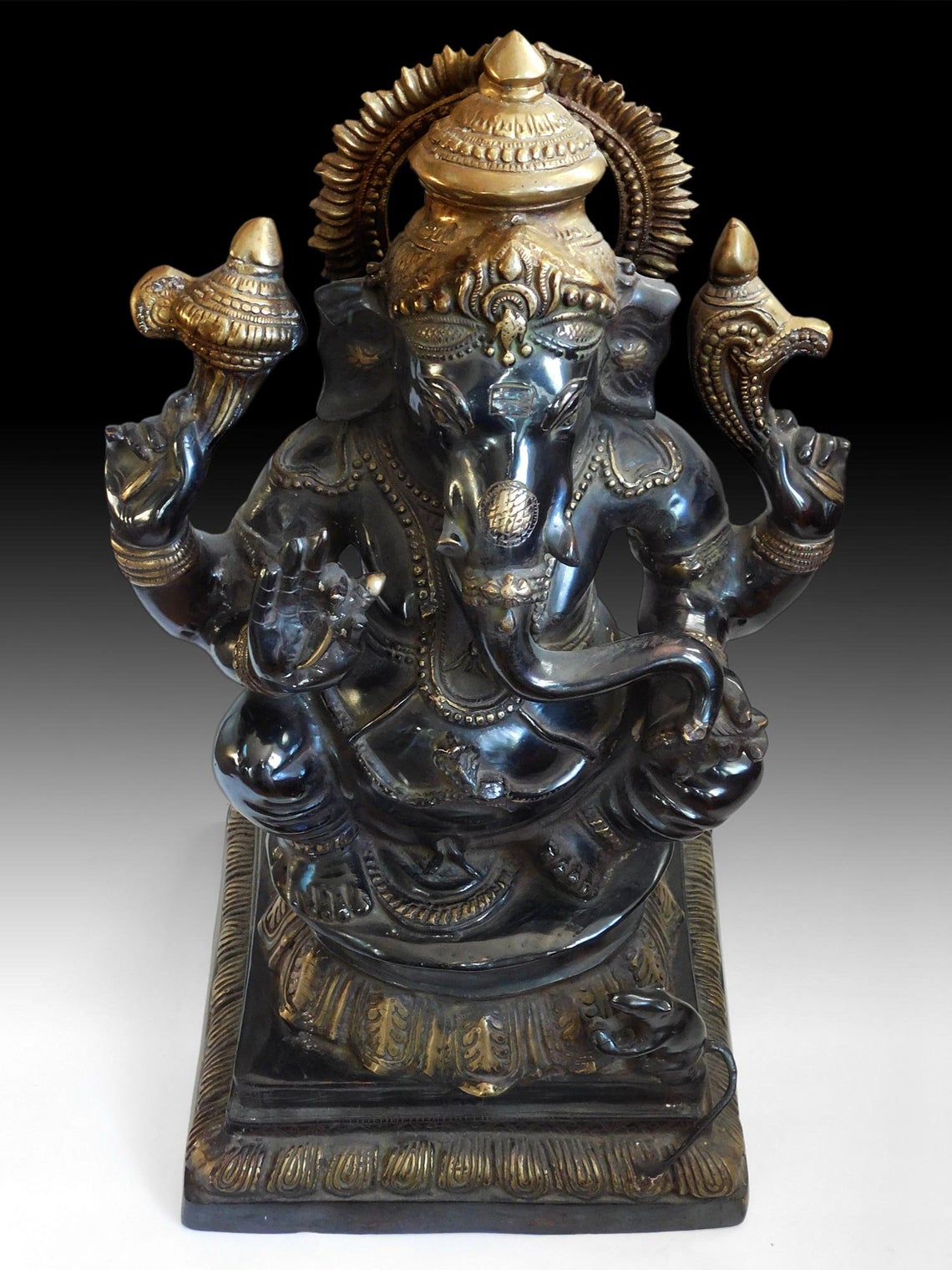