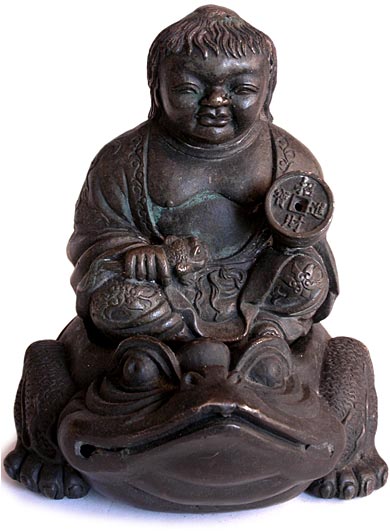 Vintage Chinese Bronze Incense Burner
This early 1900s Chinese bronze censer depicting the Liu Hai (Japanese: Gama Sennin) in a contemplative form. His facial features is childlike, clothed in sumptuous robes exhibiting two embossed lucky bats on the sleeves, and a longevity crane on his back. He is holding the mythical three-legged Money Frog in his right hand, and in his left a row of Chinese gold coins. Crouching beneath the sage is a large frog censer. Frogs are revered in many cultures as a magical totem, and ethno pharmacology has revealed that some of these bufo-toxins found in them are indeed quite transformative: ranging from highly potent painkillers to hallucinogens. Hence this early 20th century censer was undoubtedly used as a censer and a positive feng-shui object. It is in excellent condition. 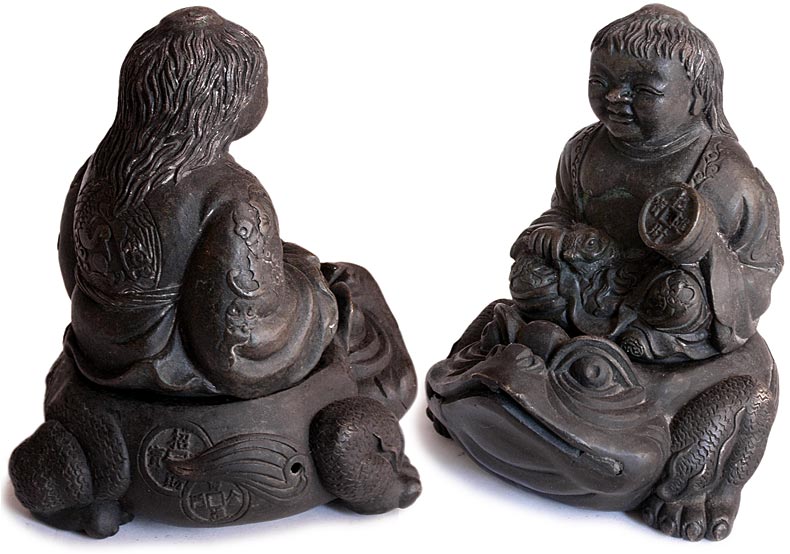 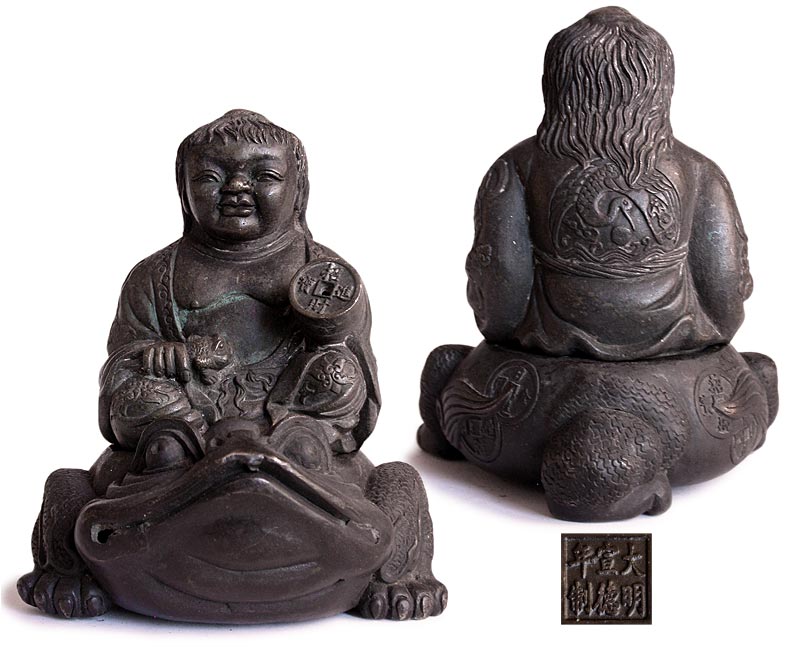 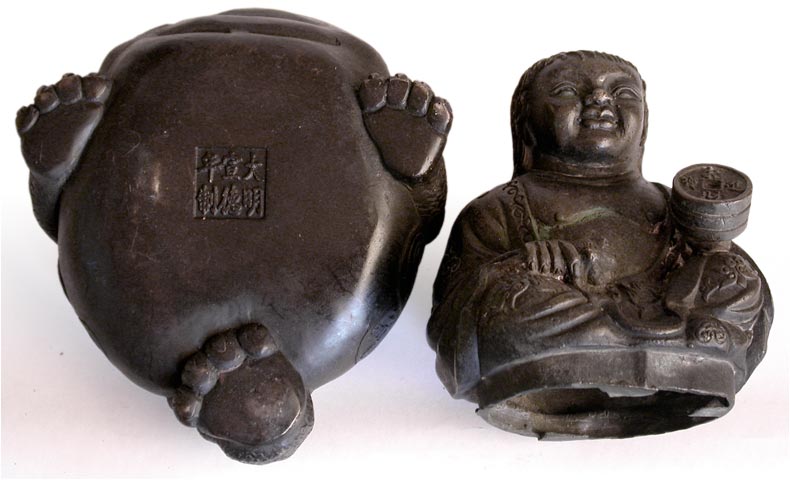 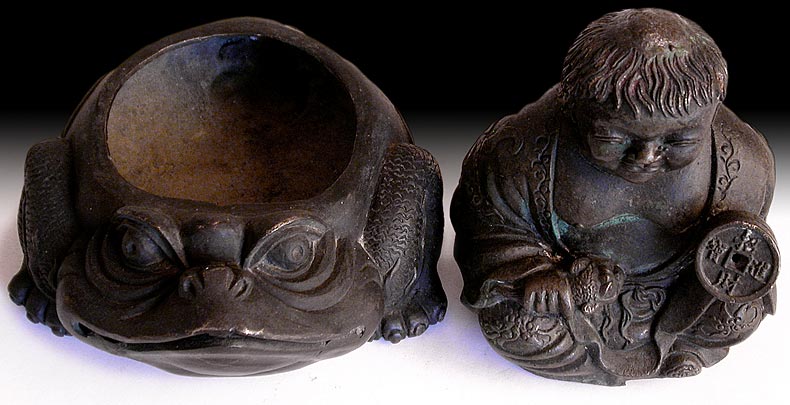