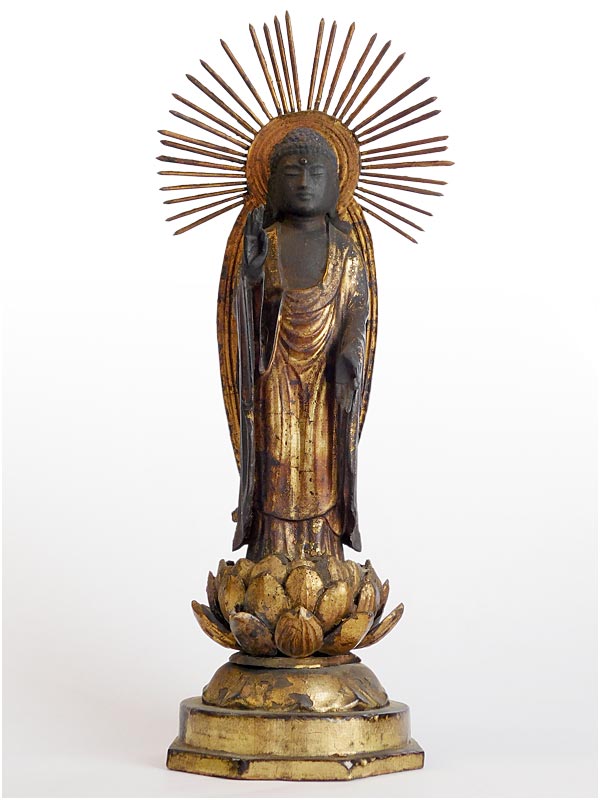 Antique Japanese Gilt Wood Buddha Shrine
Amida Nyorai is the Buddha of Immeasurable Radiance. In this 19th-century hand-carved statue, he stands on a blooming lotus pedestal in front of a radiate mandola. His hands display the Welcome to Pure Land Raigo-in mudra, indicating Amida's descent from heaven to greet faithful devotees in life and death. The statue was made of Japanese cypress, crystal inlaid for the ushnisha, brushed brown lacquer and gilded gold. With incense smoke-darkened lacquer on the figure from years of worship adds an earthy countenance and charms. The Amida Buddha statue has been consecrated and dated "Meiji year 23". A few small patches of peeling gold leaves on the lotus pedestal. Despite the century passed, it has no significant damage. Overall the statue is in good condition. 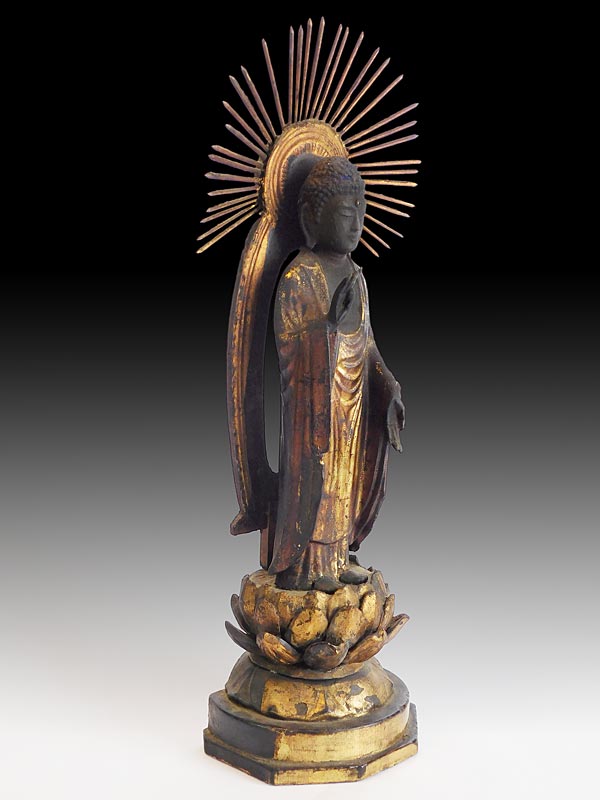 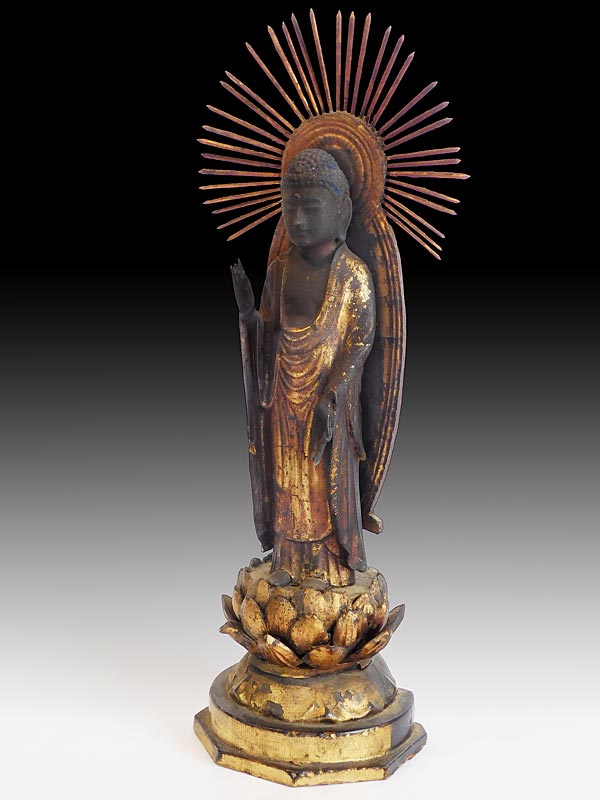 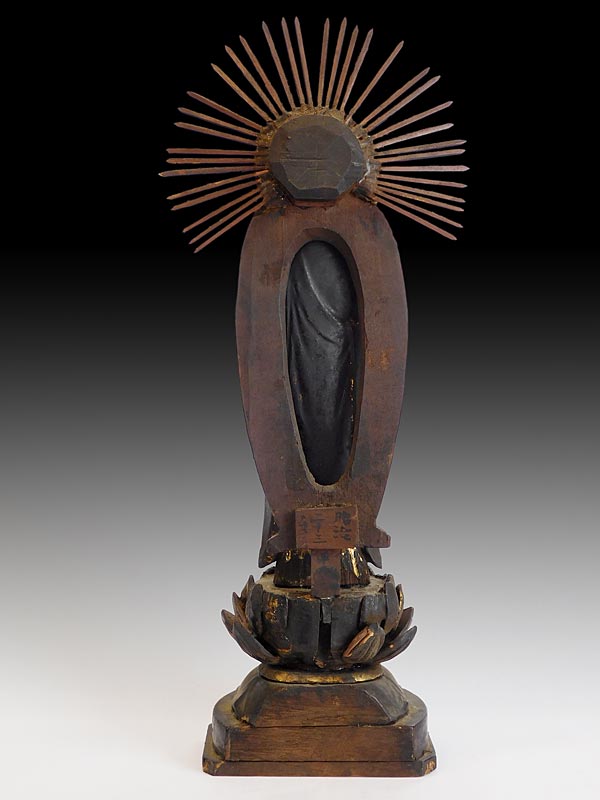 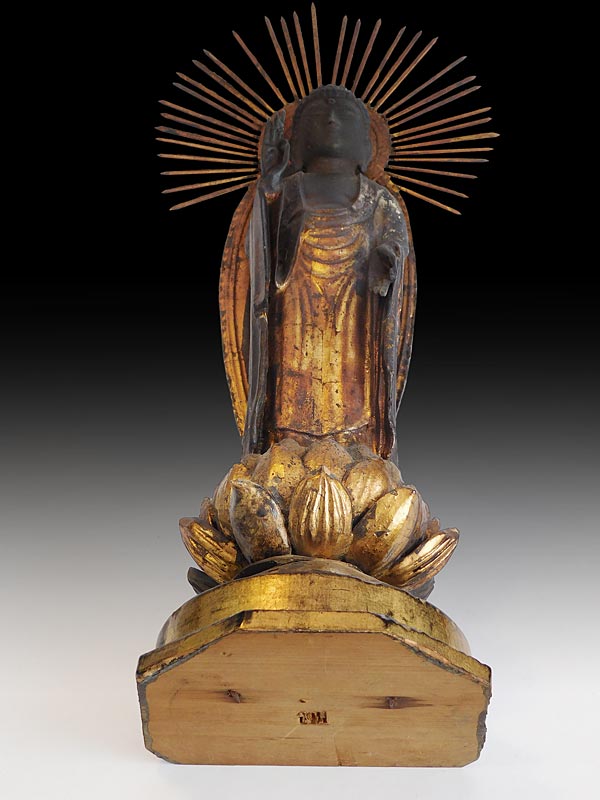 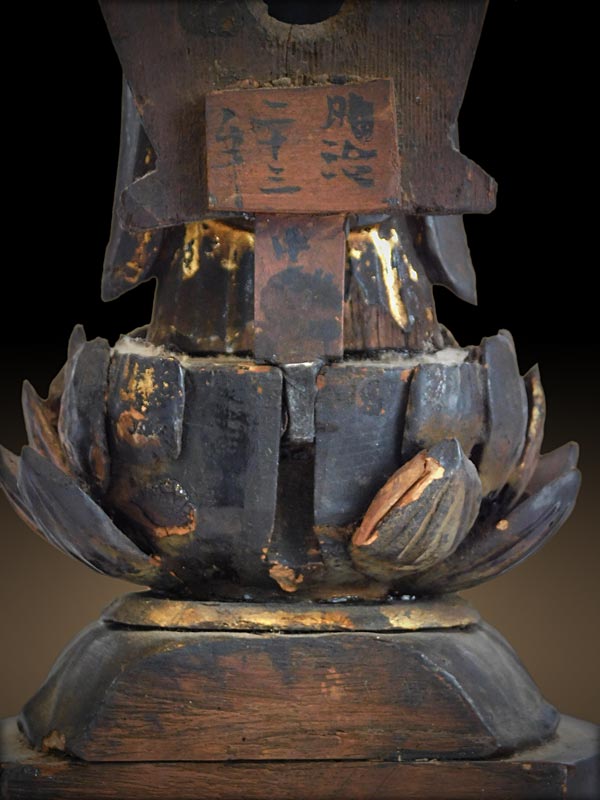 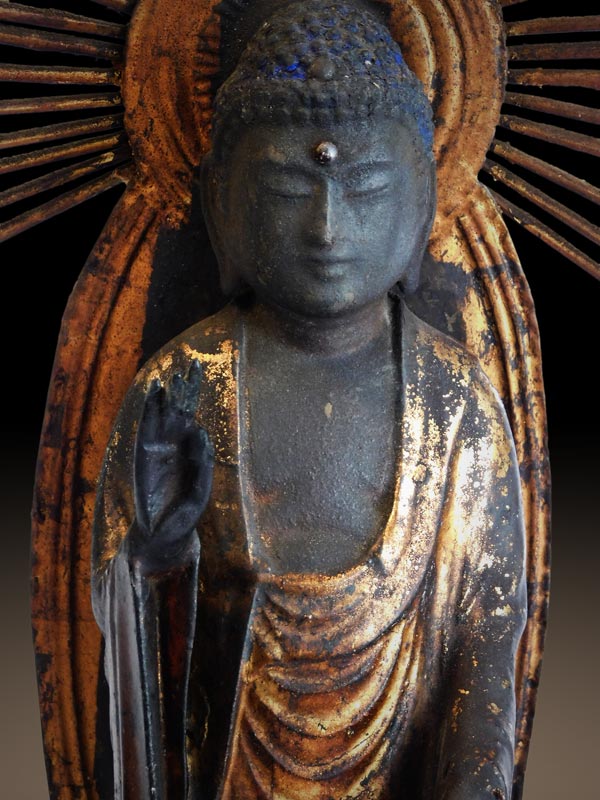