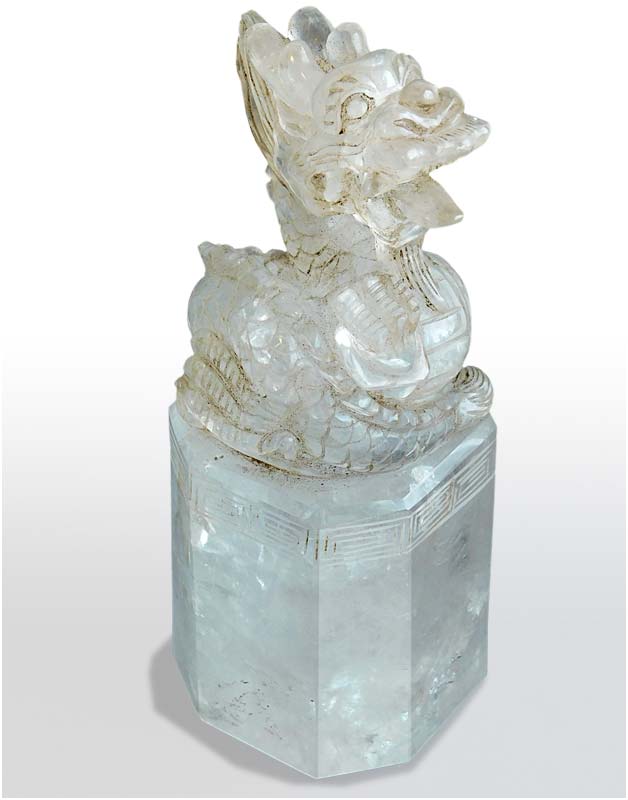 Antique Chinese Clear Quartz Carving
The dragon is a Chinese cultural and spiritual icon of power and life force. This clear natural crystal carving was likely designed to be a scroll weight. It depicts the mythical beast with opened jaws, frolicking in the cloud above an eight-sided octagon column engraved with endless-knots around its rim. This coiling dragon is brimming with sparkles, radiating with mysterious and efficacious effects. The clear crystal is considered a master healer that strengthens concentration and memory, regulates the immune system, and balances our physical and spiritual bodies. The dragon is the emblem of Chinese emperors and imperial power and the timeless symbol of changes and creativity. It is the fifth of the terrestrial creatures corresponding to the Chinese zodiac. This lively natural quartz dragon carving is an unusual find. It is commonly placed on the south side in homes and temples for positive Feng Shui. 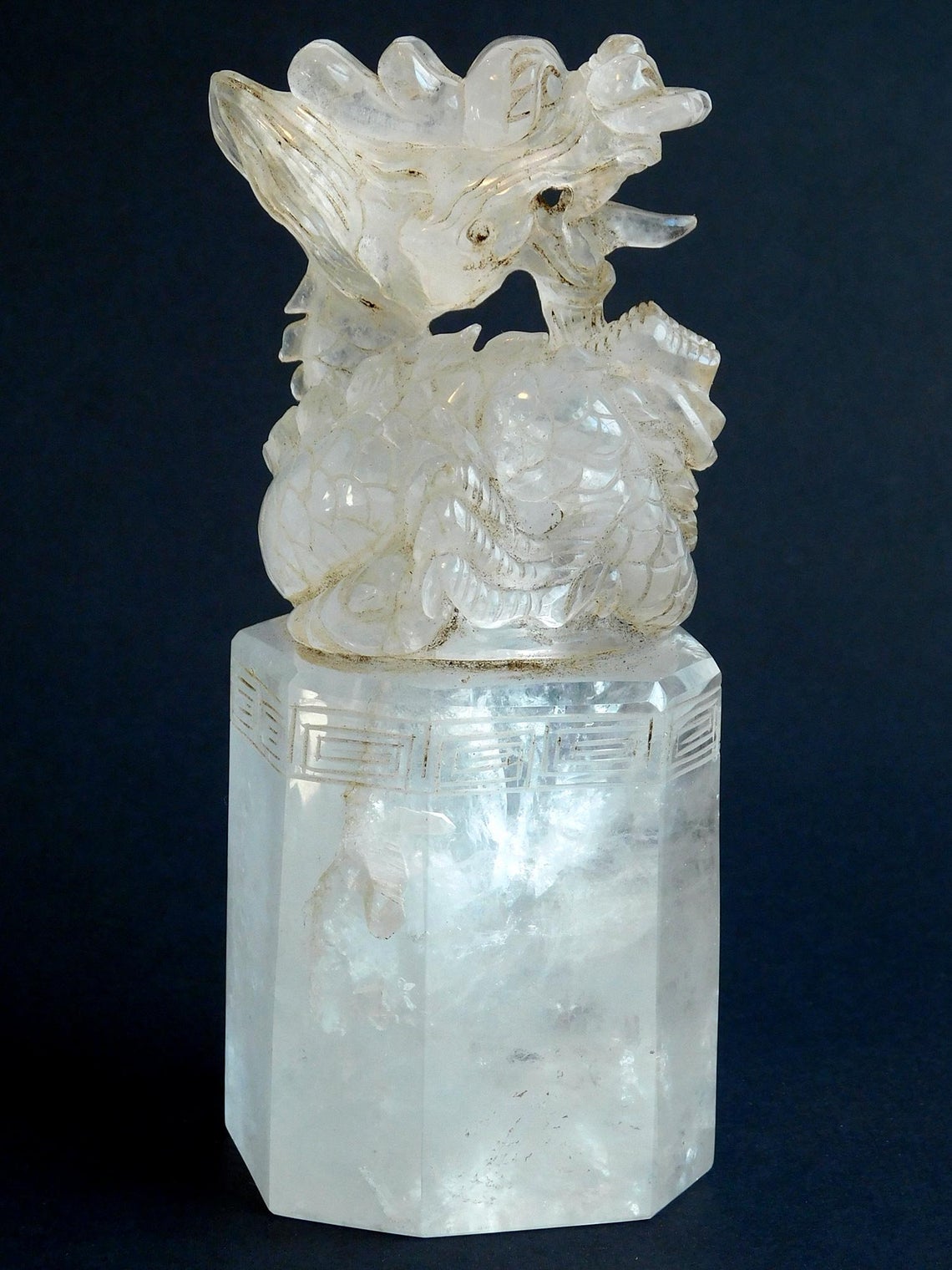 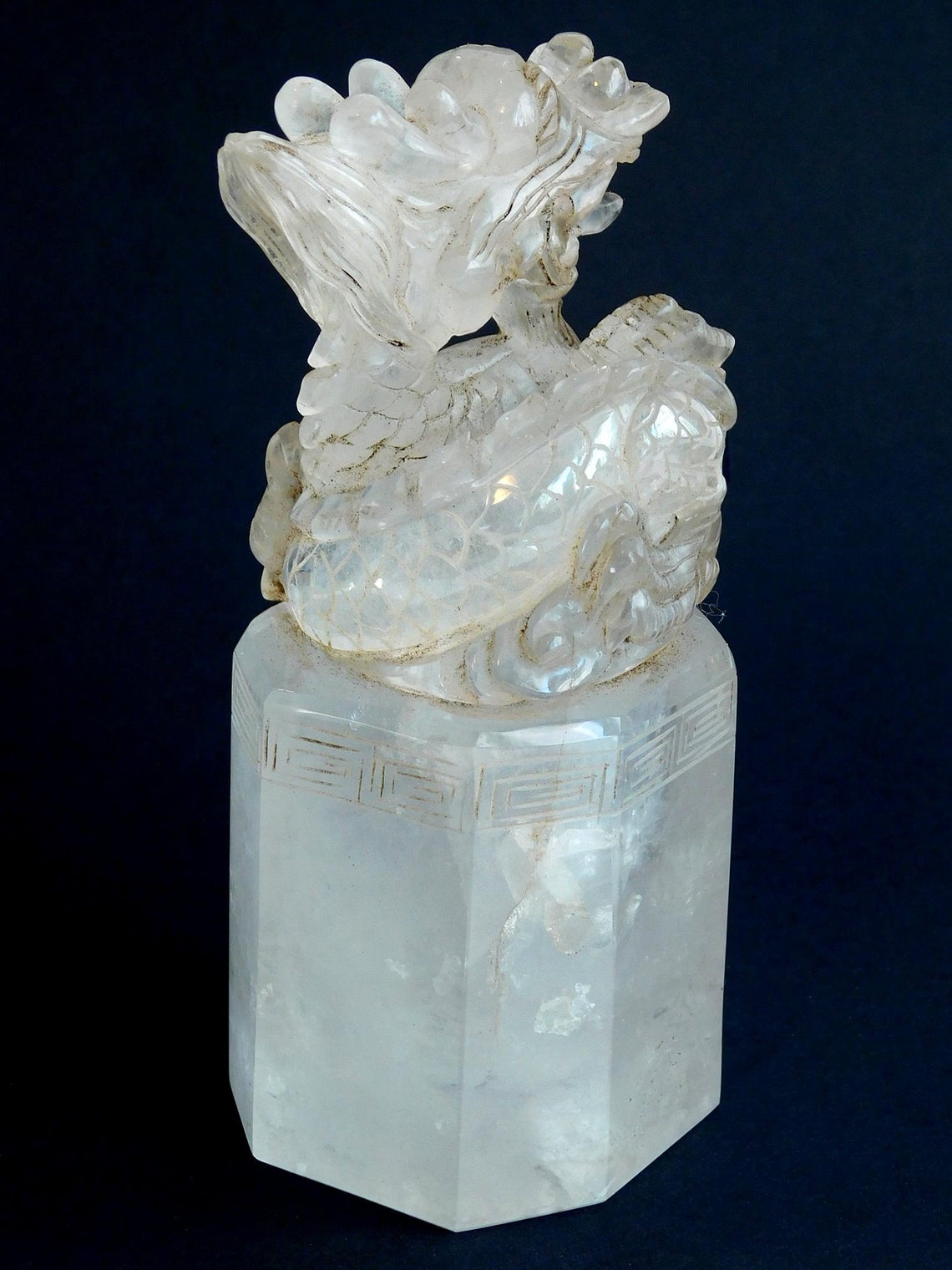 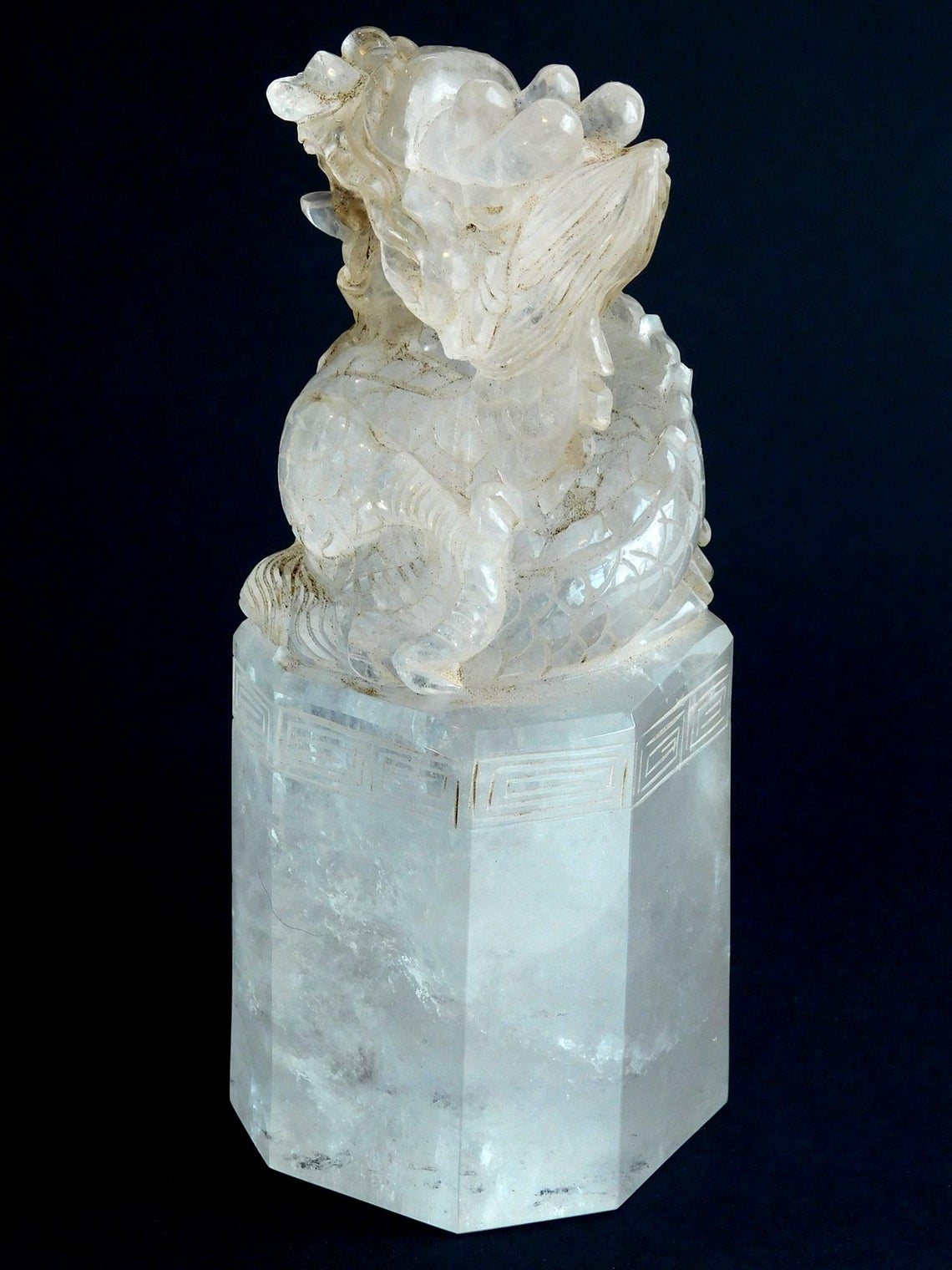 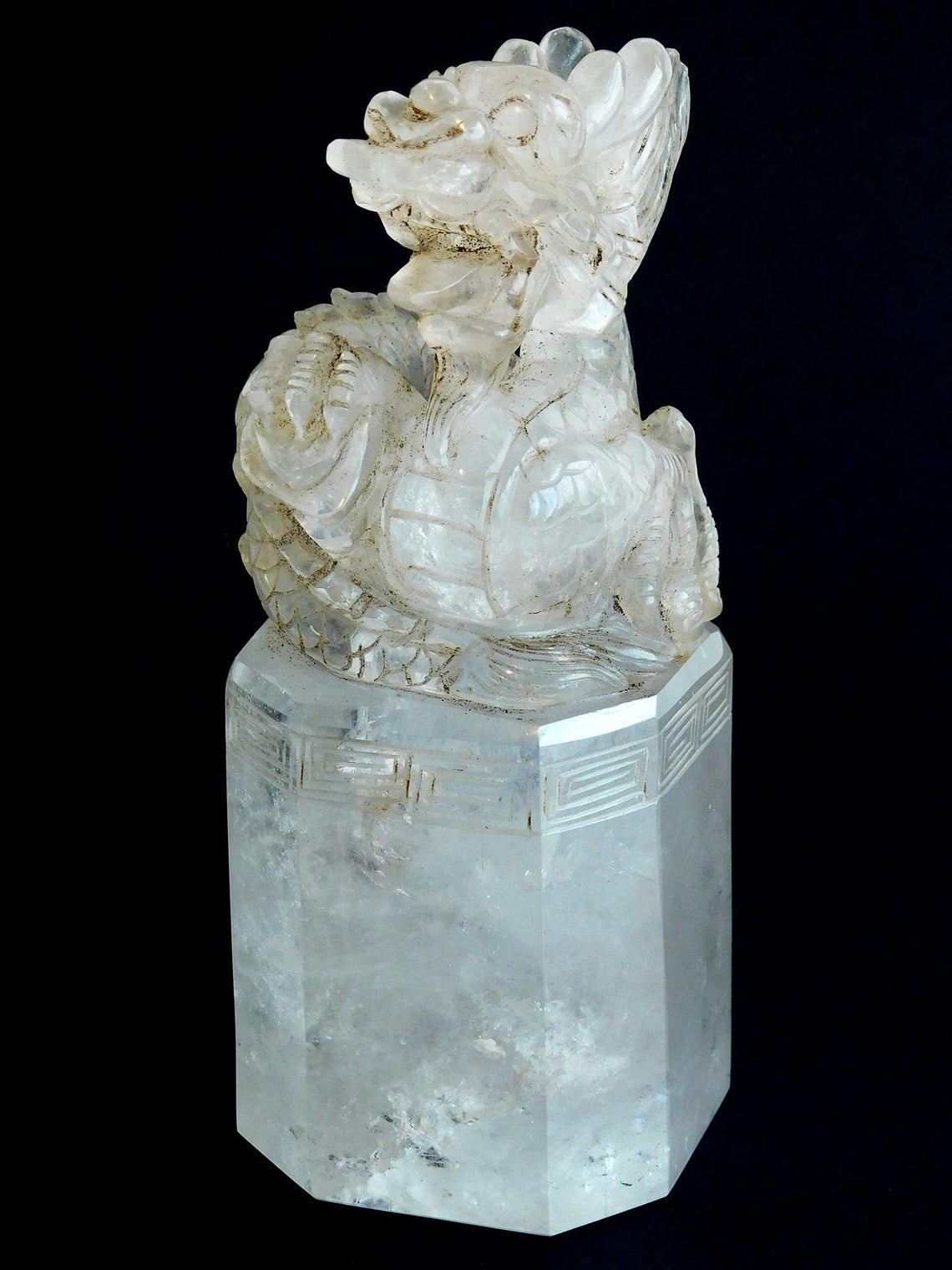 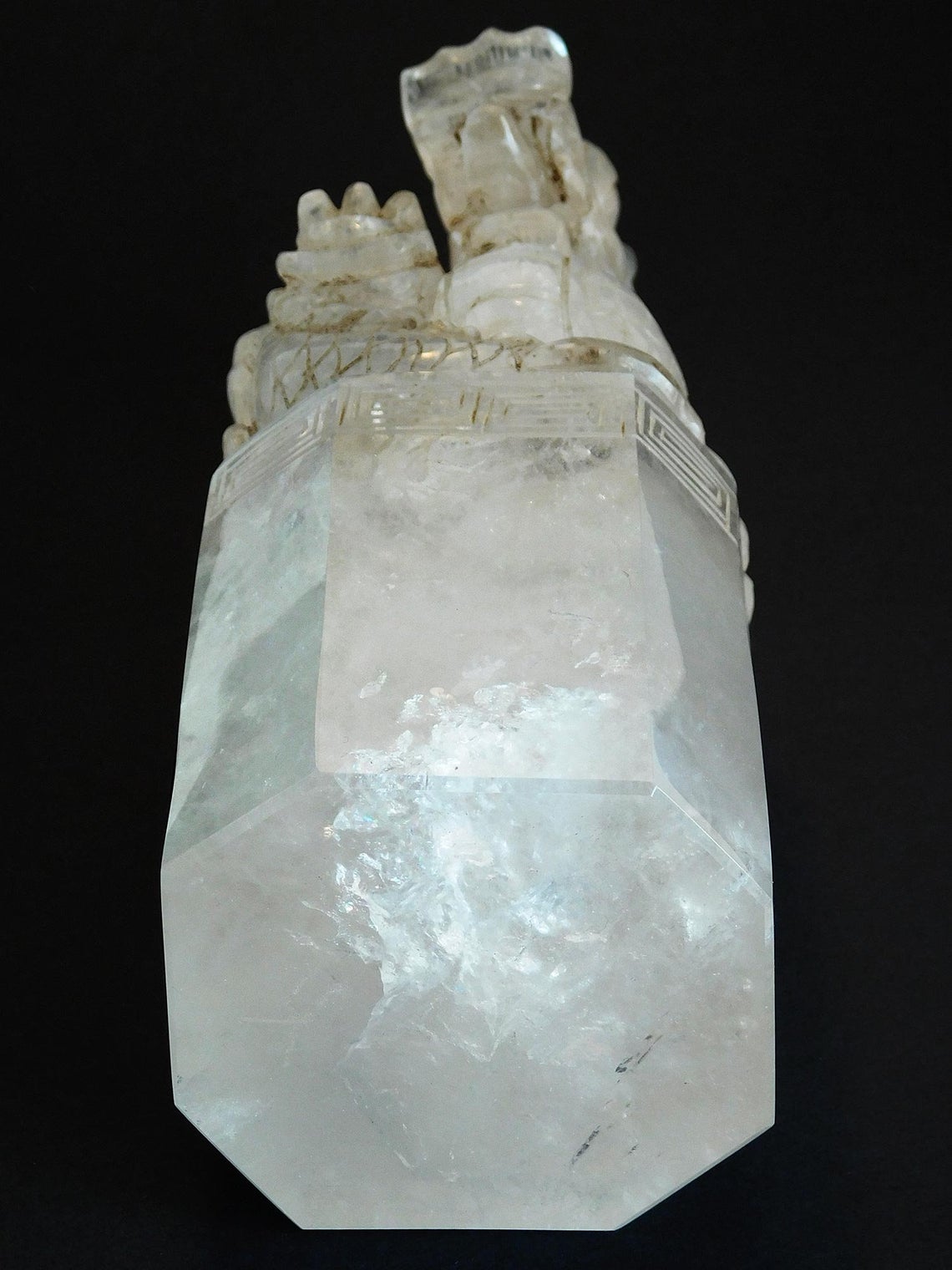