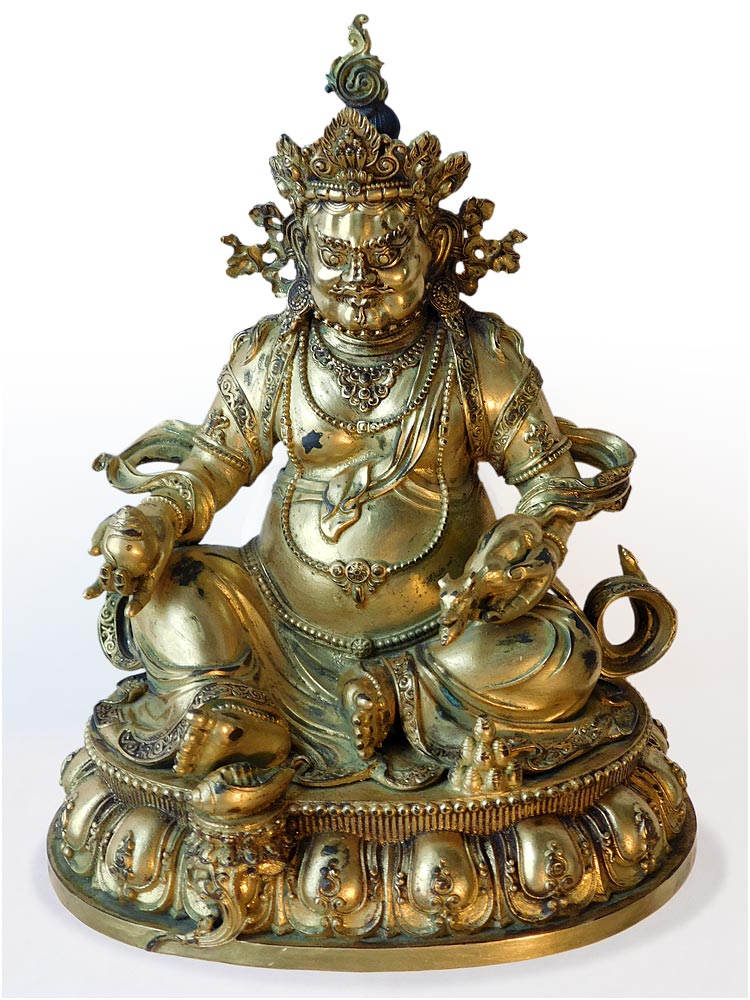 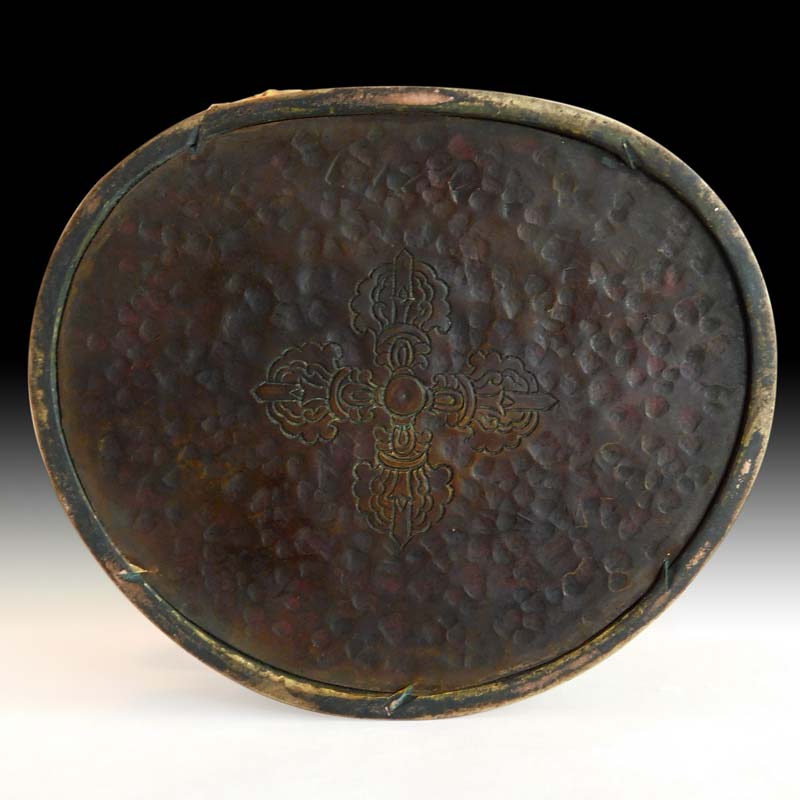 A finely cast bronze Jambhala gilded in real gold. He is adorned with elaborate floral and jewel motifs, imparting a glittering elegance that evokes the spiritual force of Kubera, the God of Wealth. He has finely realized facial features, his hair in blue framed with a five-pointed crown. Seated in royal ease (lalitasana) on a pedestal with 17 shankha overlaid lotus petals. He holds a sacred conch in his right hand and left a jewel-spitting Nakula Mongoose, with his pendant right foot resting on a conch shell atop a small lotus, a stack of sweets offered by his left foot.

The Kubera statue is intricately detailed in exceptional finesse. It radiates strength and vigor in a serene and dignified countenance. The statue has been cast in one piece and tightly sealed with a visvavajra repousse on the base. These are indications that the statue has been consecrated with a ritual blessing, known as" rab gnas," a process in which a high-ranking Lama invites the deity to enter into the completed image. The statue then contains the presence of the deity, the dharmakaya, or the Truth Body of the Buddha. This statue's superb quality is attributed to the imperial workshop made around the time of the Guangxu era (1871–1908). 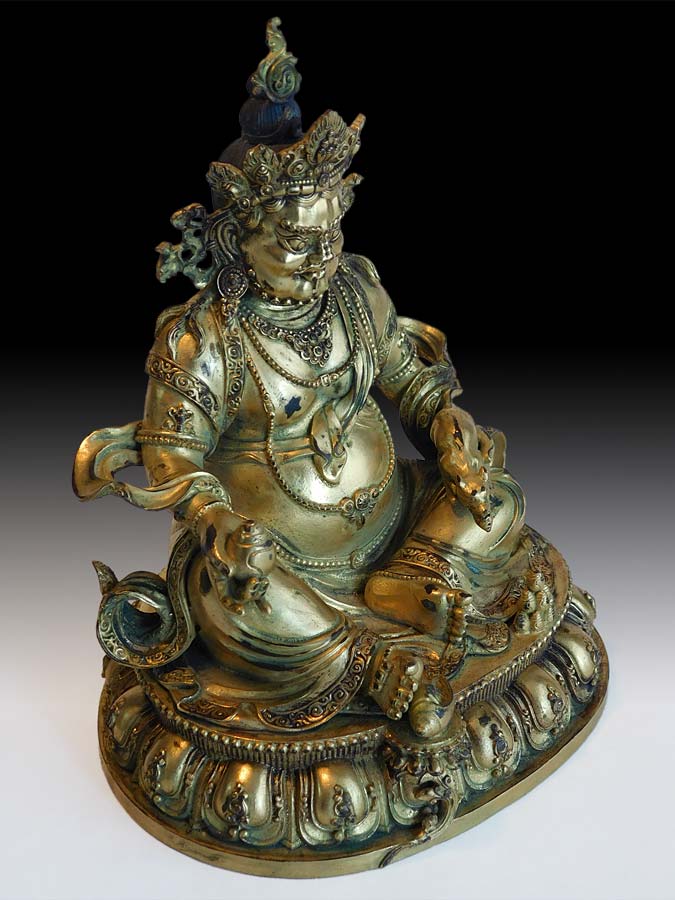 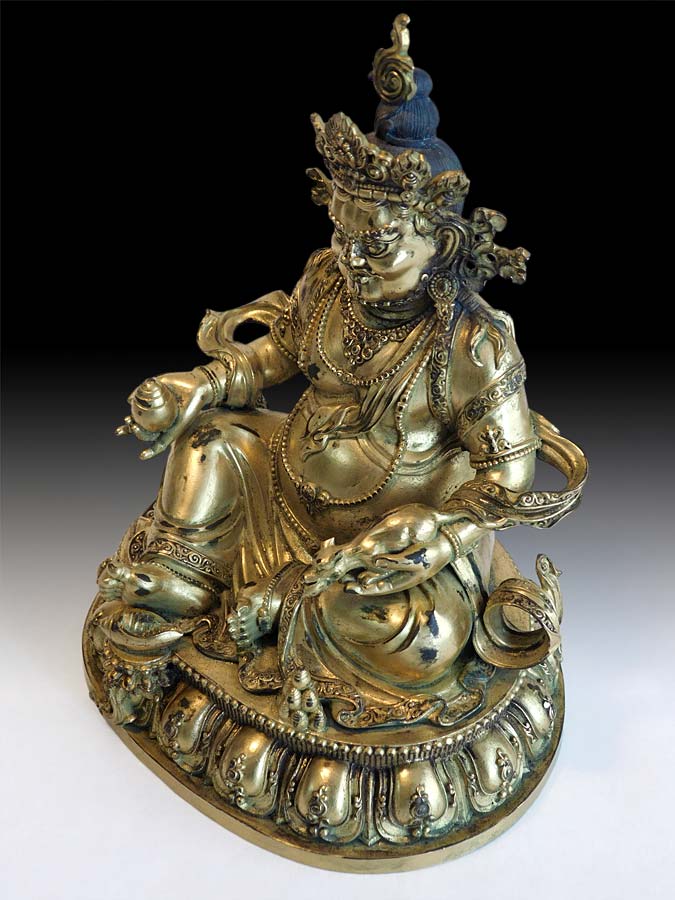 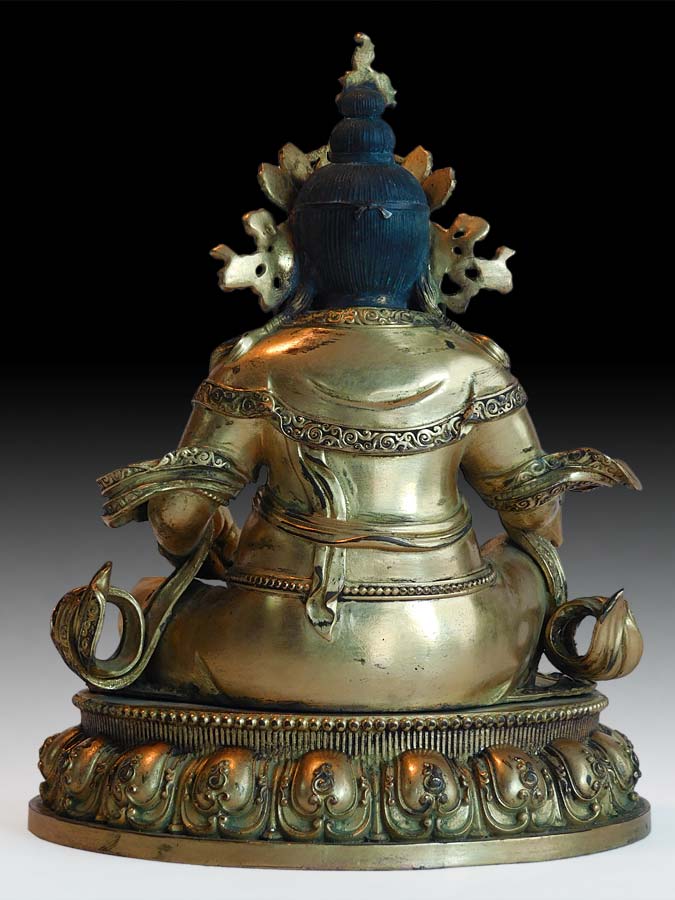 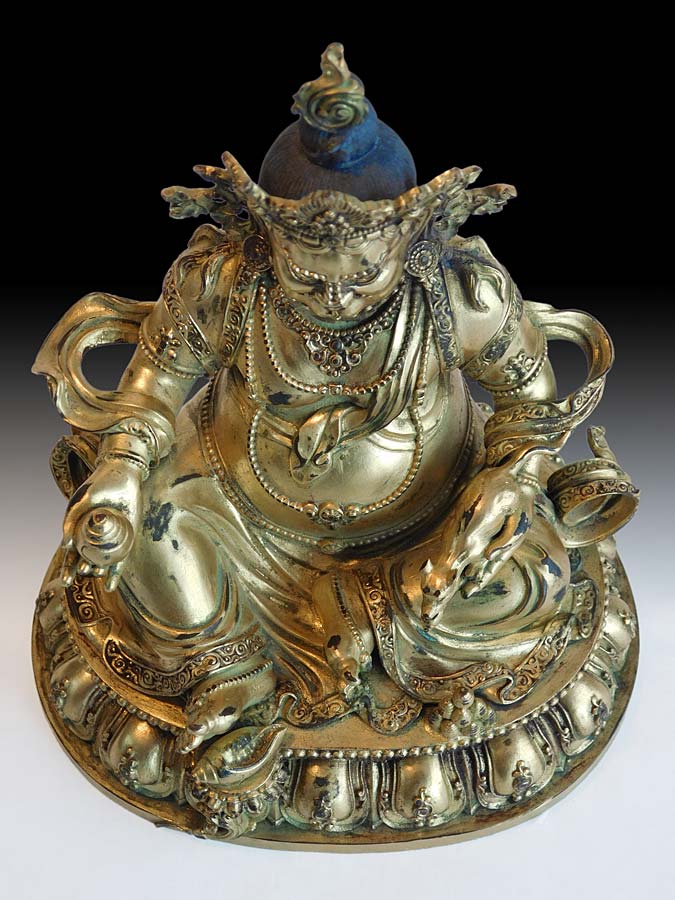 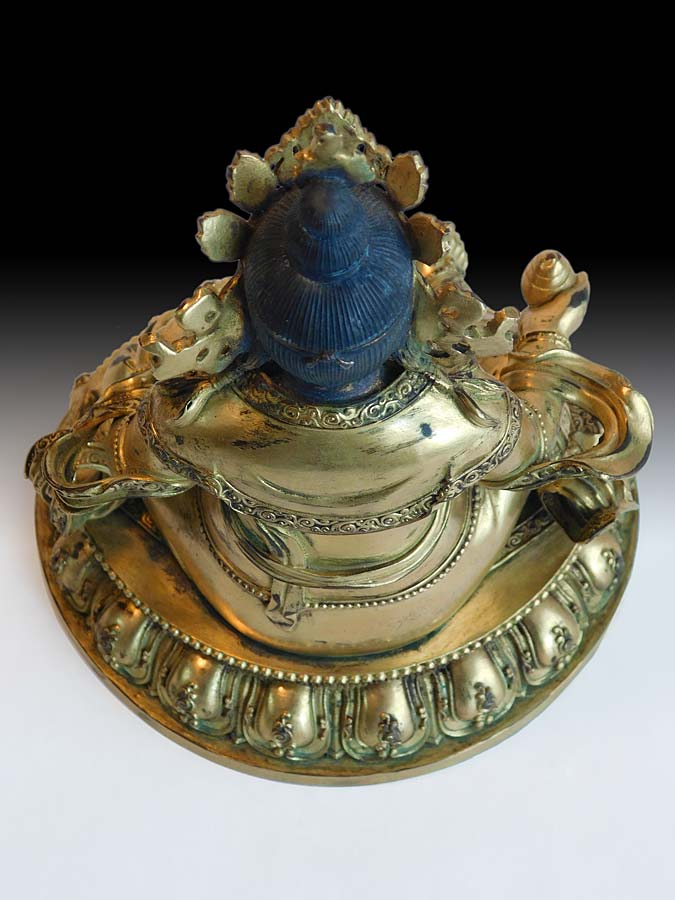 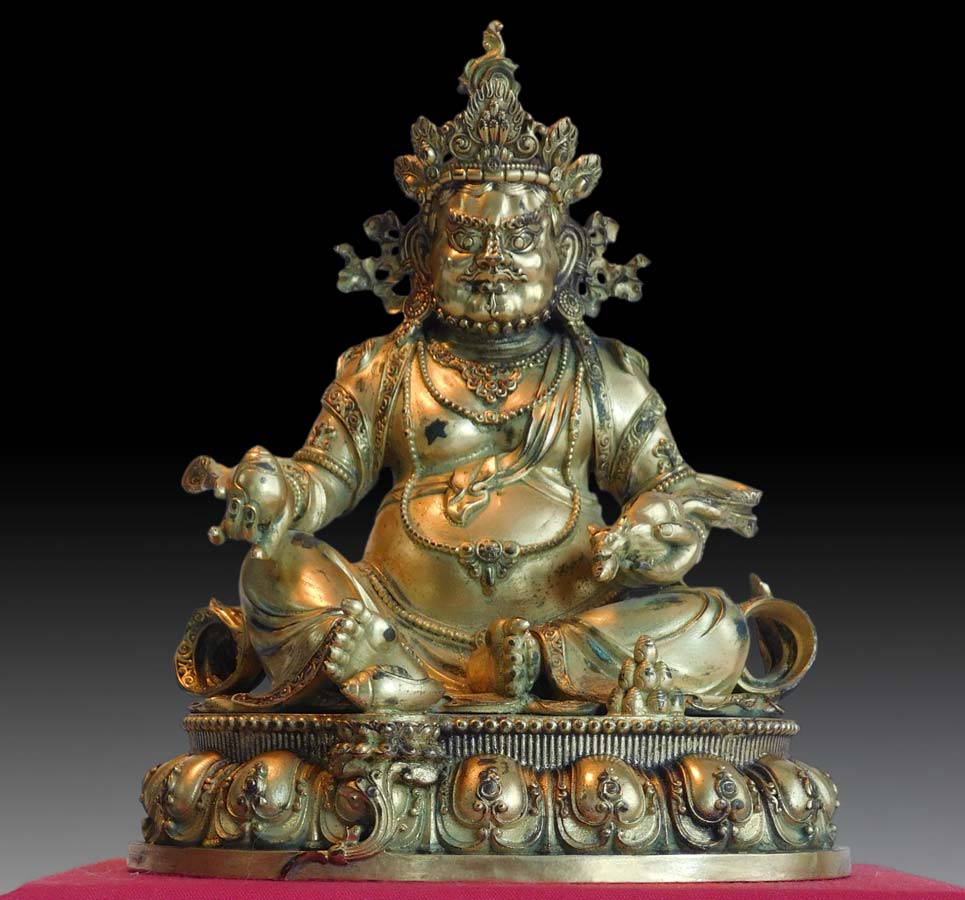