Antique Polychrome Gilt Wood Statue
A youthful Dharmapala holding a seal and a gold piece, wearing a elaborate warrior armor striding triumphantly in forward movement. He appears to be the Taoist God of Wealth Sudhana, whose origin owes to the Buddhist tradition as the acolyte of Avalokiteshvara (Chinese: Quan Yin). Despite the chip found on the seal in his right hand and minor wear due to its age, the little carving is radiate with potent energy.

The statue is exquisitely carved from a single block of camphor wood, using an unique Chinese formula of gesso and sawdust mixture, it is meticulously detailed with ultra fine embossed motifs, and ornamental jewel chains that festoon the edges of her robes. The application of lacquer; completed with layers of and polychrome and gold leaf finishing created an effect reminiscent of gilded bronze sculpture. The elaborate artistry is the hallmark of statues created for home shrine in the Qing eras (1644-1911 AD). 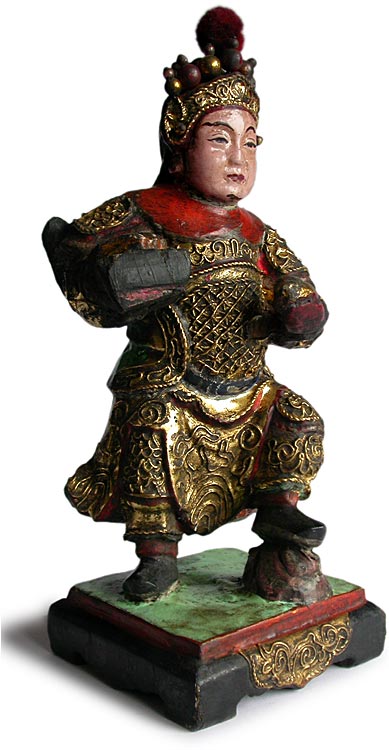 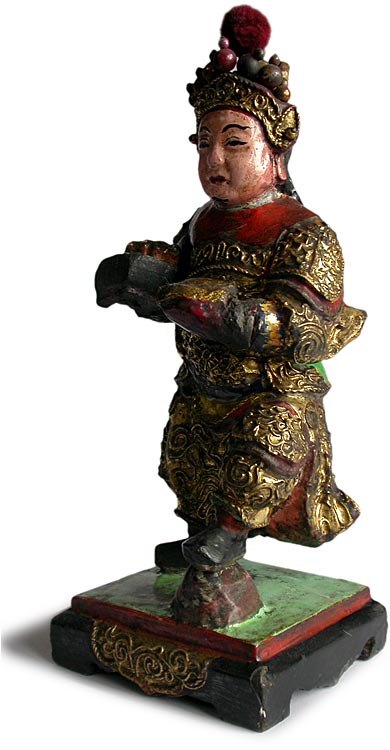 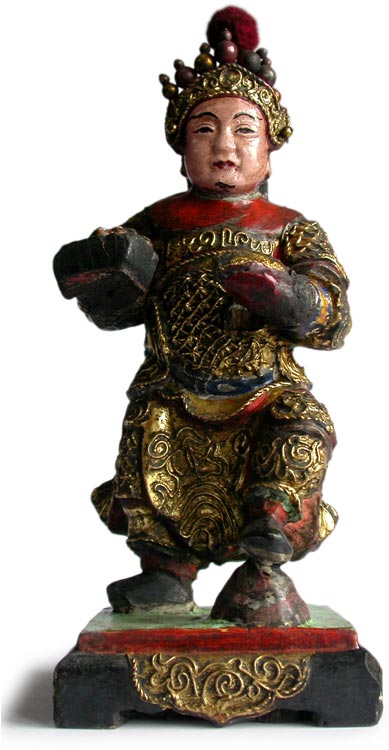 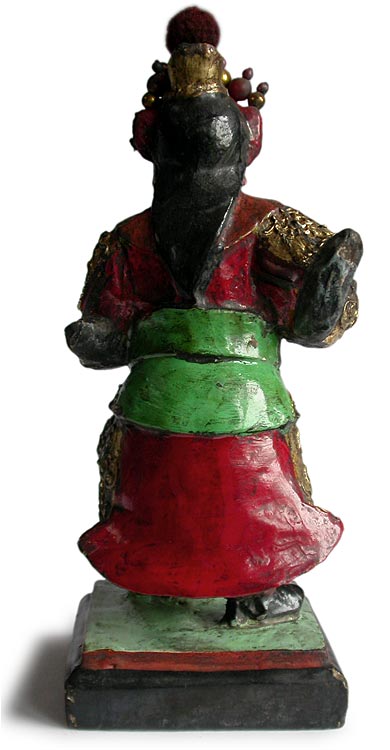 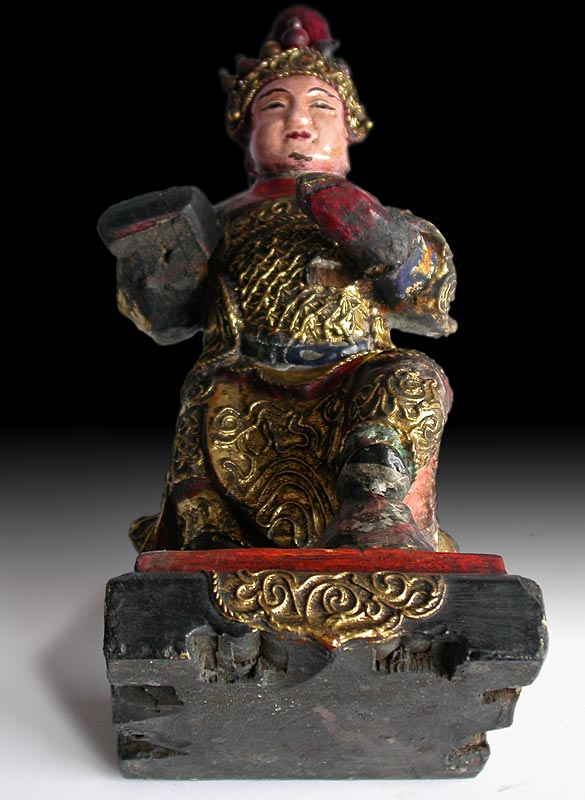