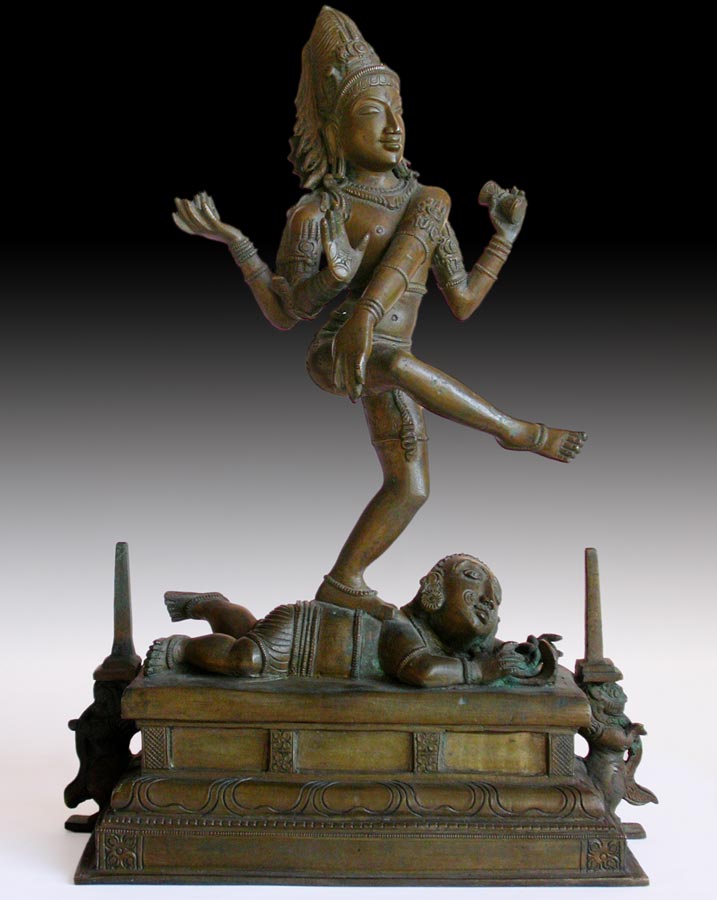 Vintage Hindu Chola Style Bronze
In an unusual design that captures the grace and sinuous strength of Shiva Nataraja, this magnificent Chola style bronze is depicting the smiling Lord of Dance, his countenance is joyously and lucid, while trampling on an entrancing Dwarf of Ignorance Apasmara, over a three tiers pedestal with two lions flanking on both sides. The vintage bronze molded through the lost wax process exhibits exquisite details, in a virtuoso display of skills, with rich ornamentation complements the nearly naked figures in solid bronze, the artist captured the cosmic dynamism of Shiva in forms and movements. Which in the twist of the torso, the right leg raised to indicate the nature of our independence, and in his pointed fingers in the forwarding arm, we are reminded of our indestructible being, as the fire that ignites the dissolution and creation of the universe is in his rear right hand, and the small damaru drum in his rear left hand holds the cycling of time; thus his front right hand is displaying the gesture of No-fear-- For rise and fall in endless cycles is the universal law of existence. 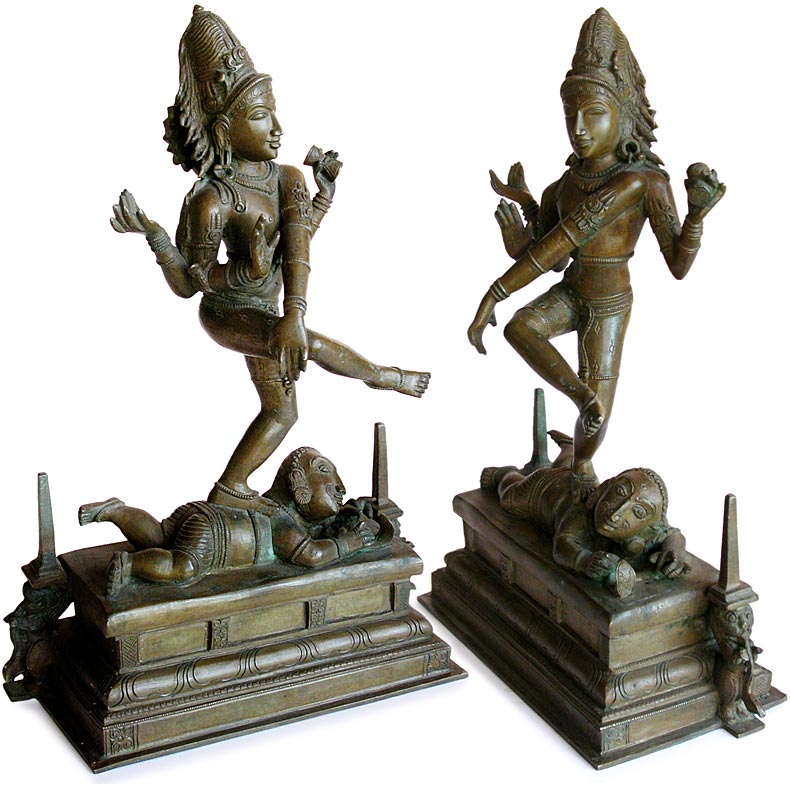 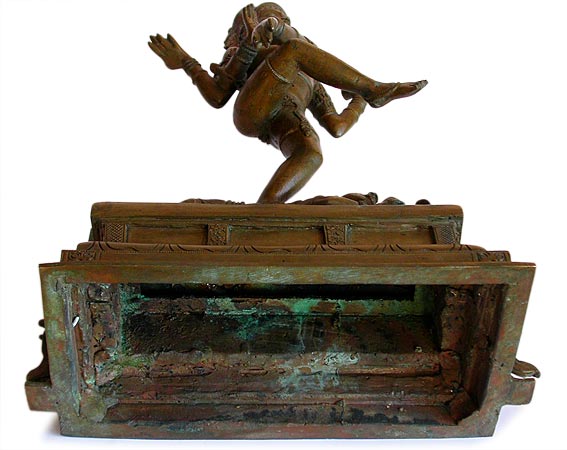 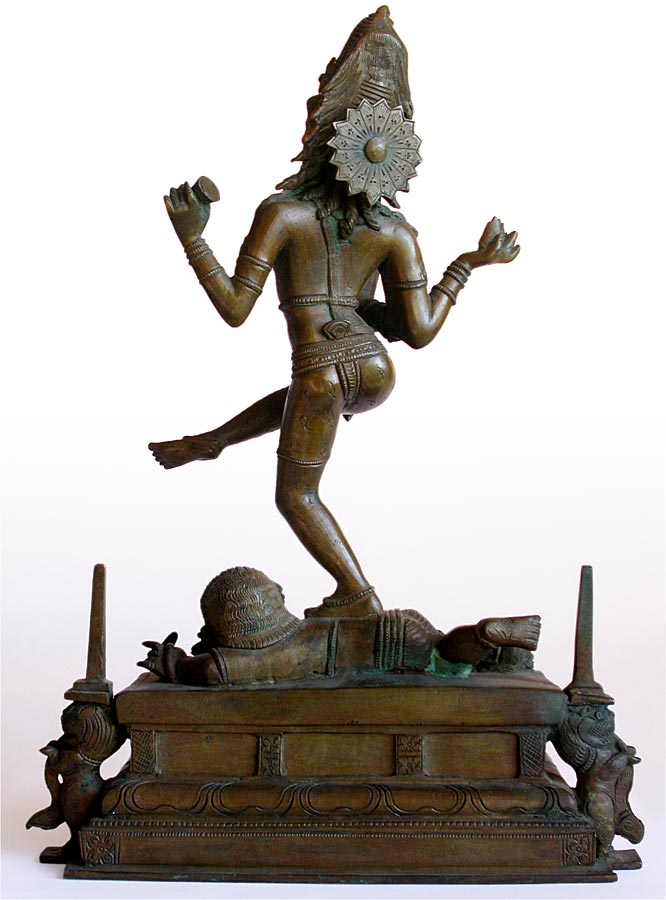