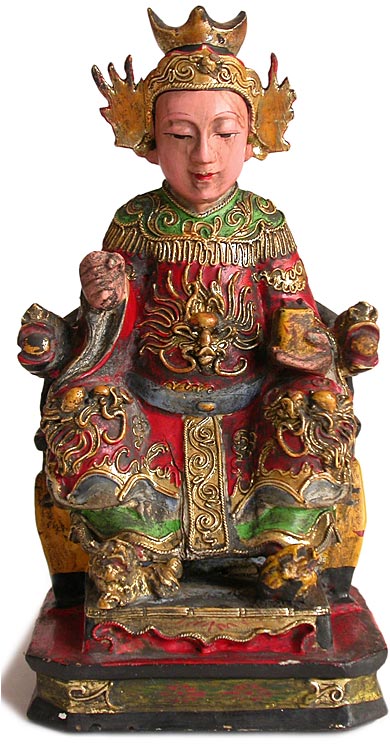 Antique Polychrome Lacquered Gilt Wood
Commonly worshipped in Chinese families, the Taoist Heavenly Mother Xi Wang Mu is considered a magnificent luminous goddess of well being and immortality. She is also revered as Goddess of the Sea. Fishermen worship her divinity in the fishing season on 23rd of the 3rd Moon. Queen Mother of the West is said to live with her white cranes and red phoenixes in a jade palace by a lake, where she grows longevity peaches. She is identified with the eight-armed Buddhist Goddess of the Dawn Marichi.

Exquisitely carved from a single block of camphor wood, using an unique Chinese formula of gesso and sawdust mixture, the statue is meticulously detailed with ultra fine embossed motifs, and ornamental jewel chains that festoon the edges of her robes. The application of lacquer; completed with layers of and polychrome and gold leaf finishing created an effect reminiscent of gilded bronze sculpture. Such elaborate design is the hallmark of the Taoist influence in the Qing eras (1644-1911 A.D.) 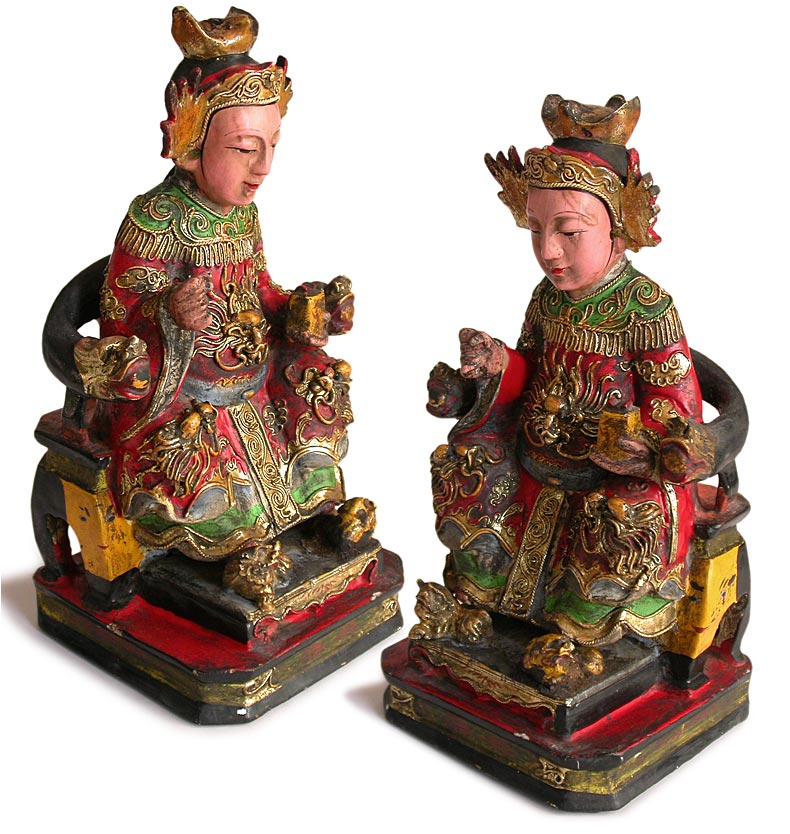 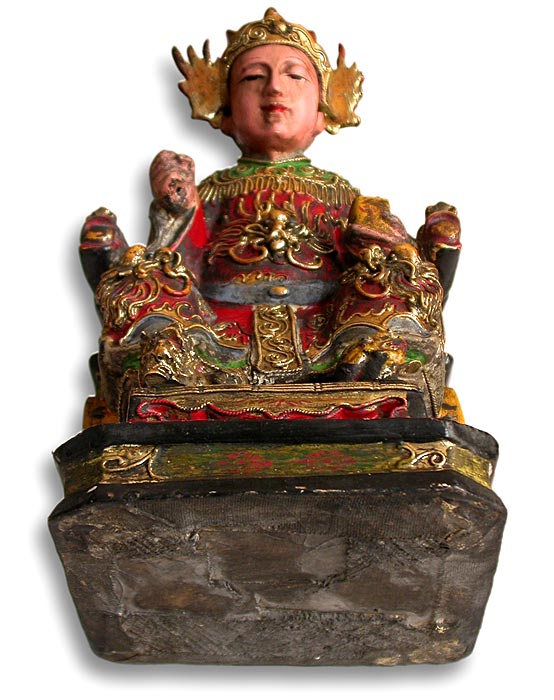 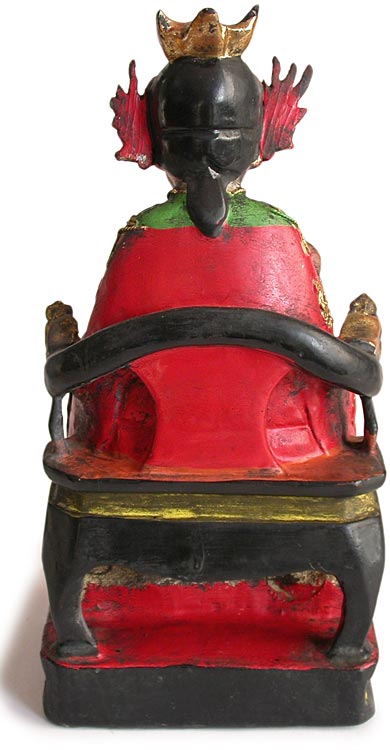 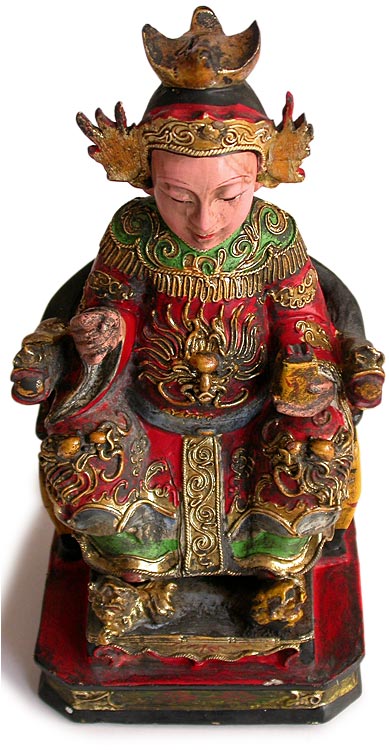