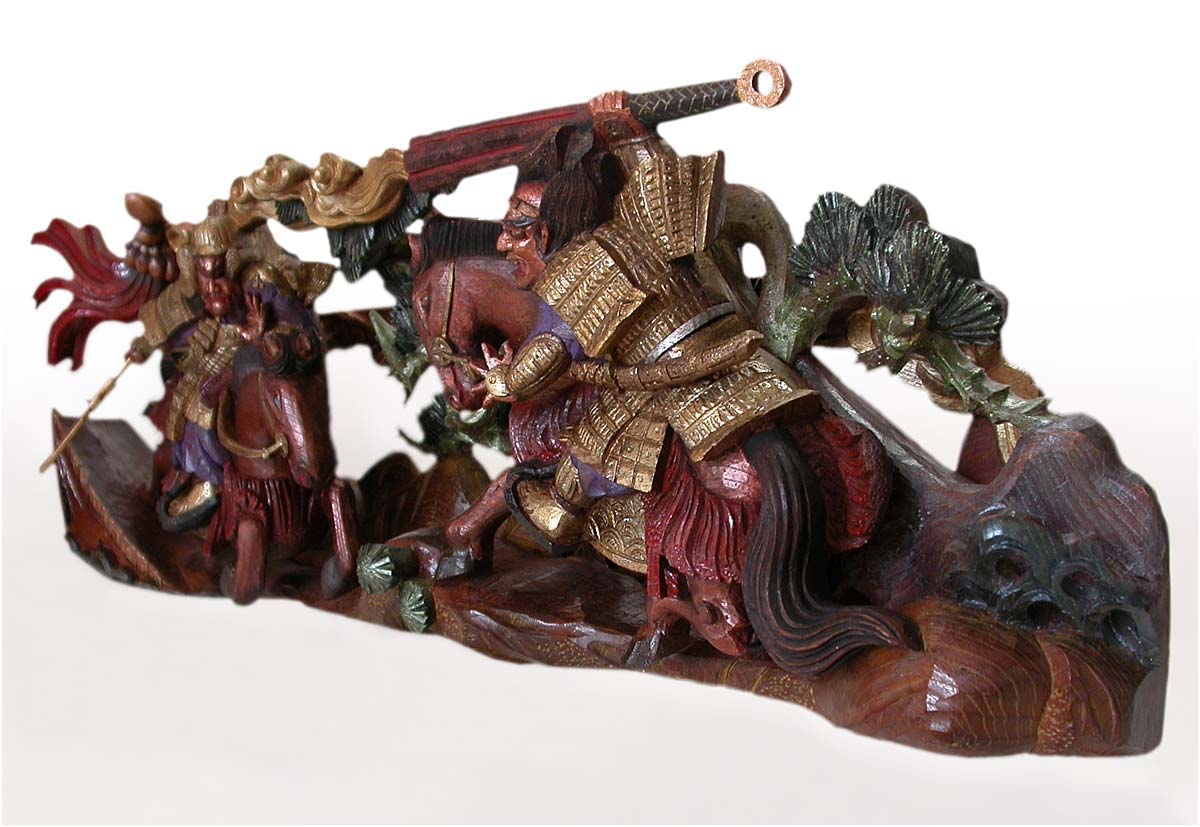 Vintage Japanese Wood Carving
Unusual sculpture of a fine-grained Japanese red-cedar or sugi pine 杉, polished and painted in cool polychrome, depicting a sumptuously carved battle scene with distinctive Japanese theatrical charms, of two fully armored dueling samurais, charging directly toward each other on horses wrapped in caparisons, detailed with decorated bridle, harness and flying tassels. As golden clouds adrift overhead, the two samurais are seen surrounded by pine trees and boulders, with frothy spume sea waves surging alongside, a warship flying the Paulownia crest (Kirimon 桐紋) of the Toyotomi Clan, in which a rapid horse and rider spun forth, his armored body leaning forward on the saddle, gripping the weapon in one hand, face bearing an expression of rage and determination; while on the opposing side, the samurai in confrontation is brandishing a huge bat, and driving his mount to make a great leap to meet his enemy in a grand finale. The carving is likely a depiction of Hideyoshi's expedition into the Korea Peninsula around 1592-1598.

It is noteworthy that the Paulownia Seal was originally the family mon of the Japanese Imperial Family since the twelfth century. By the sixteenth century, the Great Unifier Daimyo Toyotomi Hideyoshi 豊臣 秀吉, adopted the Paulownia Mon for use as the crest of his clan. Hideyoshi is noted for a number of cultural and military legacies, including twice attempted to invade Korea and China, and he financed the construction and rebuilding of many temples standing today in Kyoto. 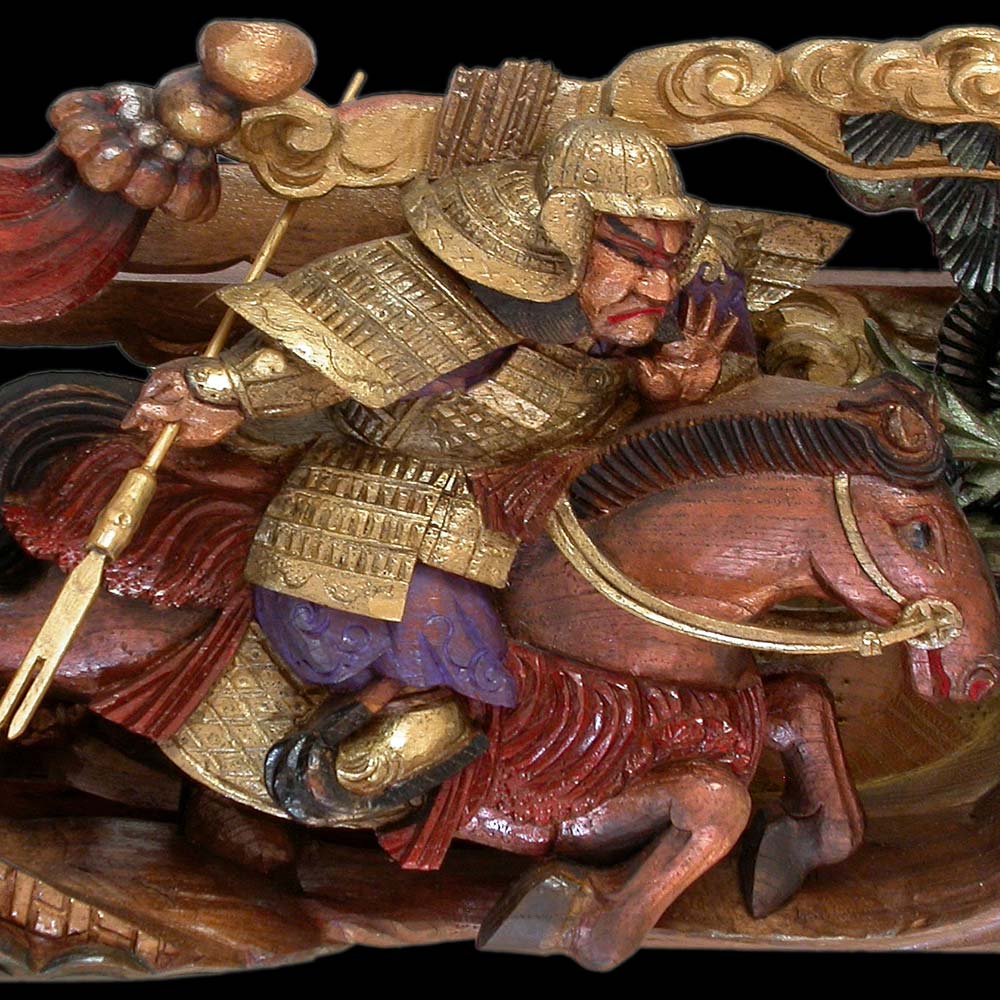 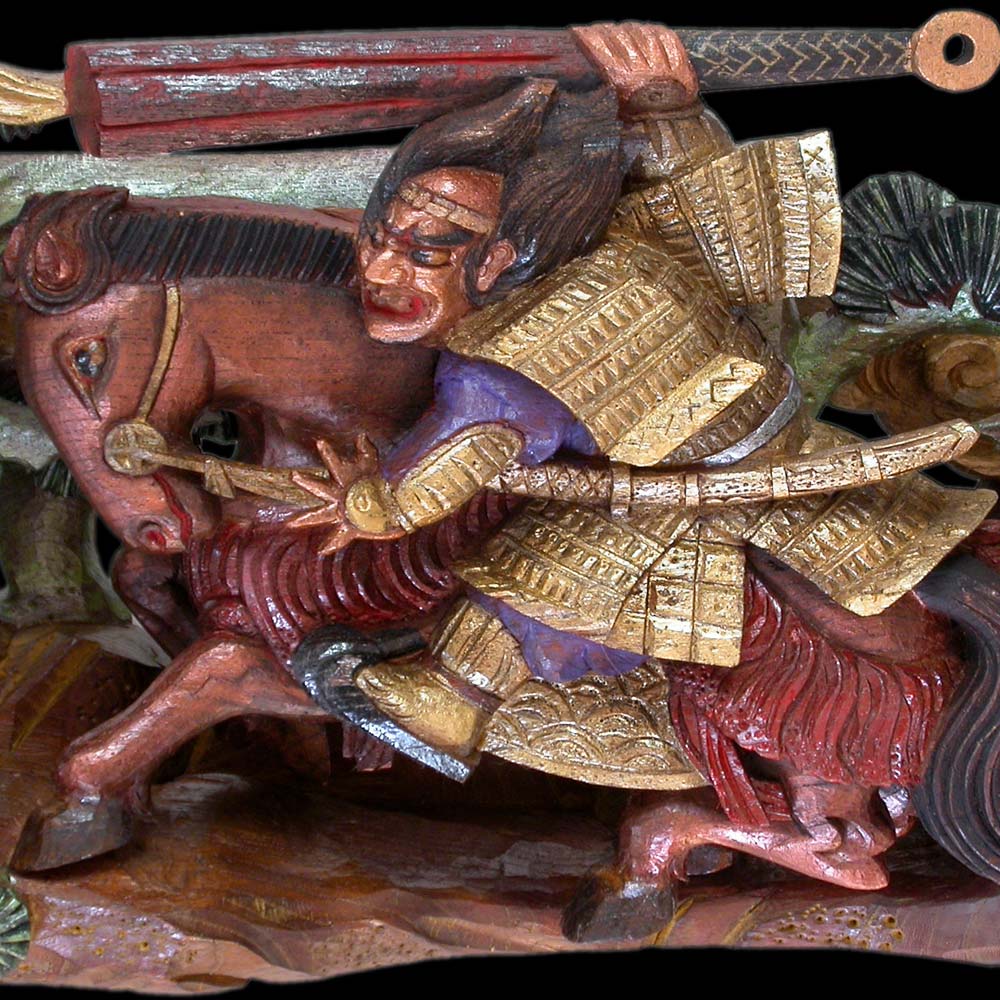