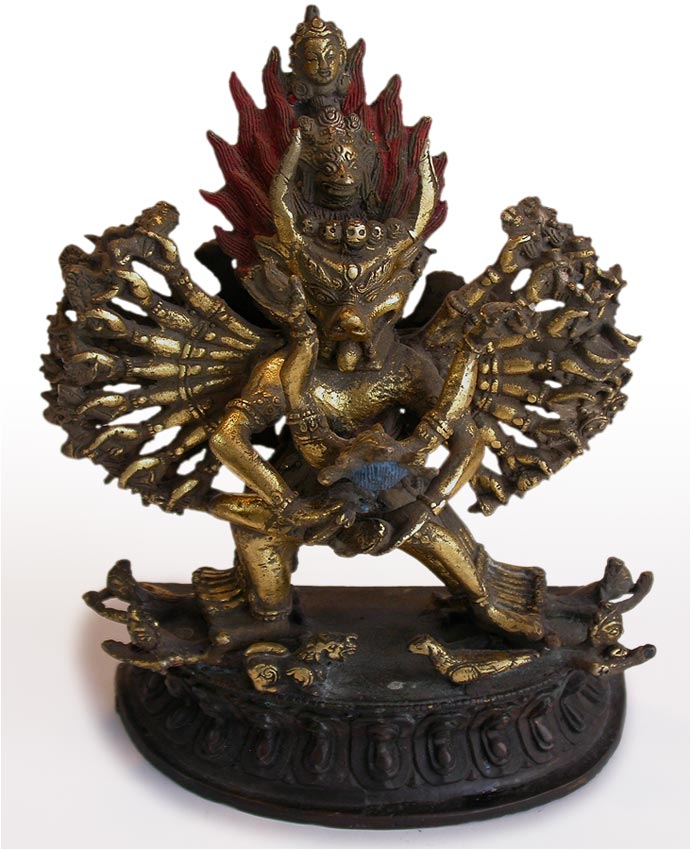 A dazzling bronze of the 34-armed, 16-legged form of Yamantaka embracing Consort Vajravetali. The Conqueror Of Death has a long-horned bullhead, his red hair stands on end where eight smaller heads circling around the back of his skull crown, his mouth is opened wide revealing fangs and a tongue. Above his head is a Garuda, and at the apex is a peaceful head of the Bodhisattva Manjusri, of whom Yamantaka is the ferocious emanation.

Buddhists see Yamantaka as the Remover of the Obstacle of Death, and and the judge of all karmic acts. He enters the world in times of direst circumstance, his powers annihilate the very root of evils, which is symbolized in his thirty-four arms; as seen here in the central main hands he holds a chopping-knife and a human skull-bowl, the other hands hold knives and axes, ritual bells, human feet, daggers and vajras, tiger’s paws, freshly severed heads, menacing pointing fingers and so on. The deity wears an elaborate jeweled girdle of skulls and anklets, embracing his consort who holds the skull bowl and chopper, together they stand on the backs of four small figures of subjugated deities above a double lotus base.

The late Qing era gilded bronze was deaccessed from a Japanese museum collection. An original certificate dated Taisho Ninth Year (1921) is included for the sale of this item. 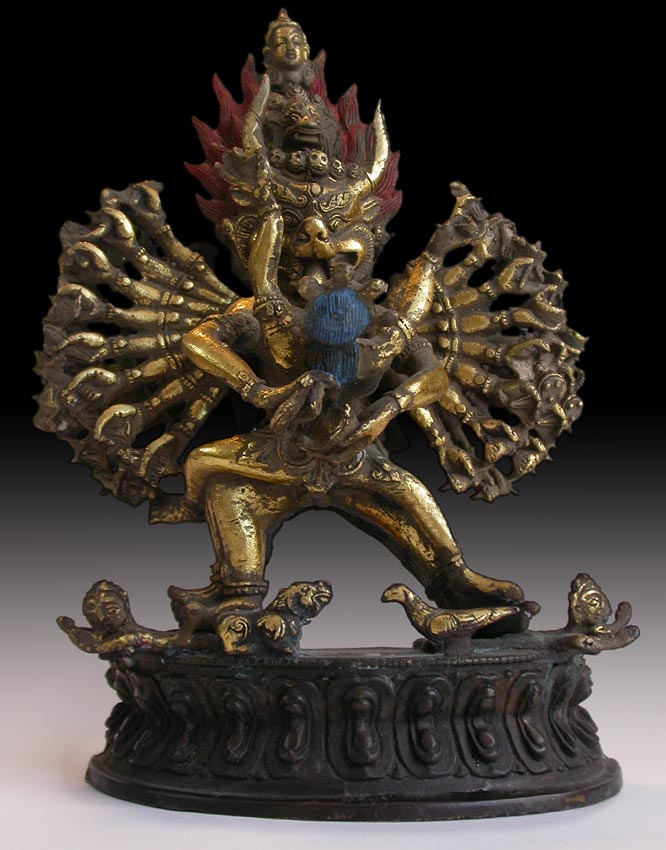 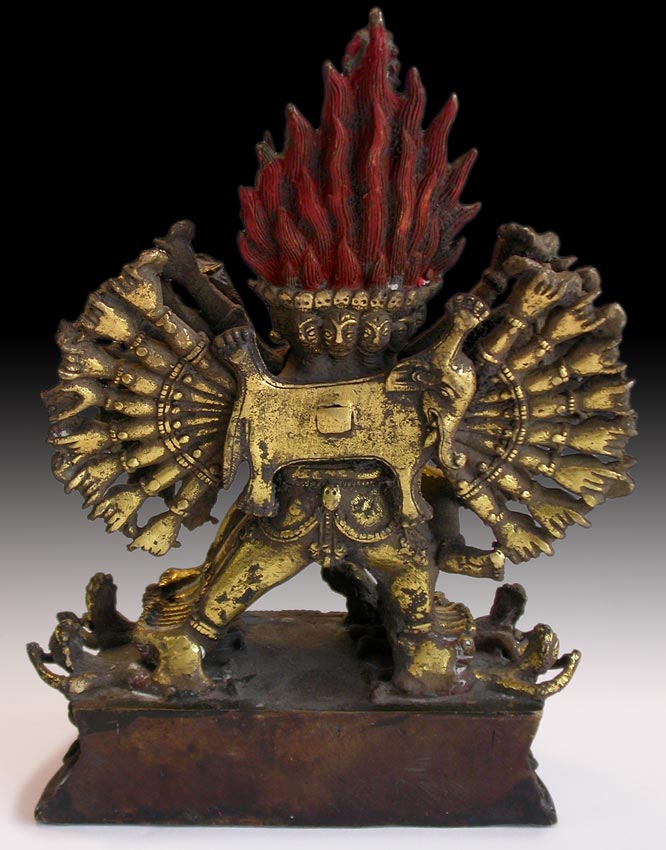 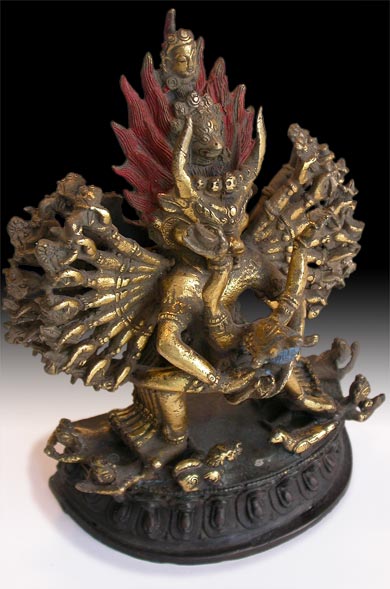 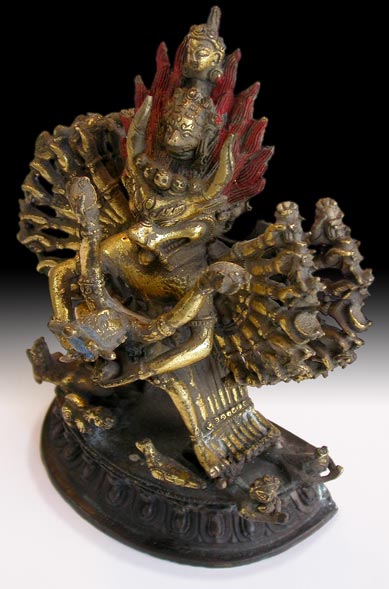 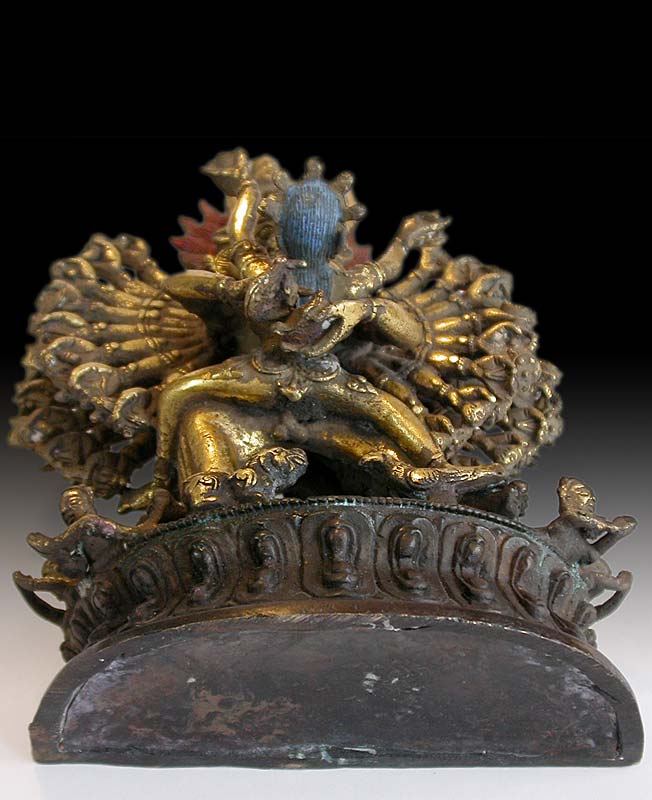 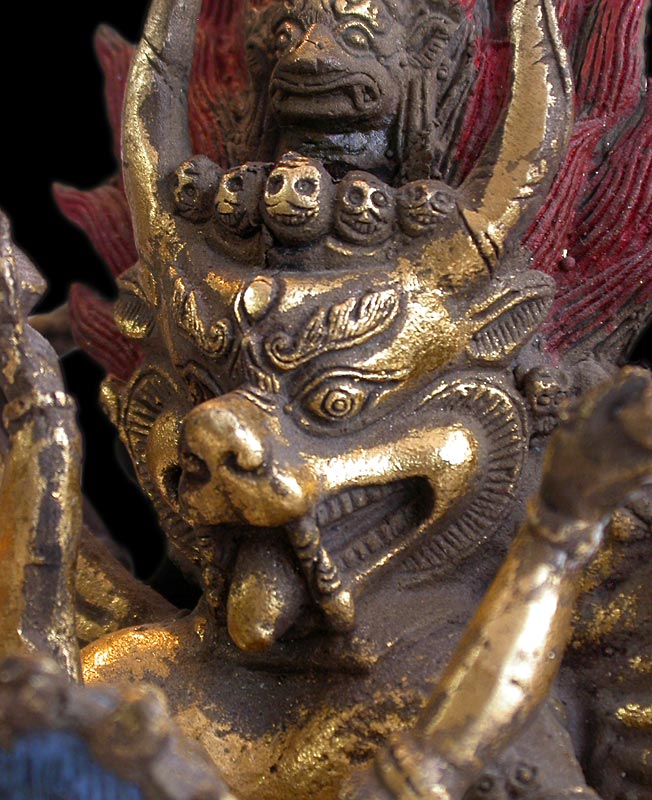