A pensive and virile deity in solid bronze. Along with extensive rendering and hand-chased details, traces of blood splatters over the front of the torso and lips, indicating that this Four-armed Kala Bhairava once was an important presence in a Hindu altar, where long ago many ceremonies were held calling the deity into the statue.

The name Bhairava means "Terrific". He is the fierce manifestation of Shiva associated with annihilation, the God of War invoked in prayers to destroy enemies. Kala Bhairava is believed to have the radiance of a thousand suns. As depicted here, he has three eyes and four arms; with a cobra wrapping around his chest, and another coiled up atop his crescent moon crown. He is bestowing boons and granting protection with his lower two hands, and holding a battle-ax in his upper right hand, whereas the rising left hand is holding a stag. This finely cast bronze possesses furious and potent energy in spirit and form; overall the statue is remaining in good condition. 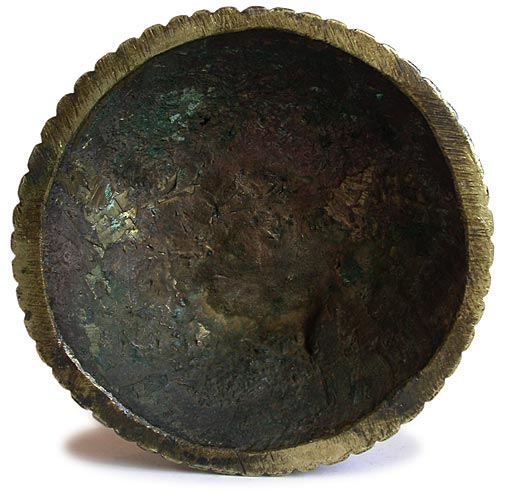 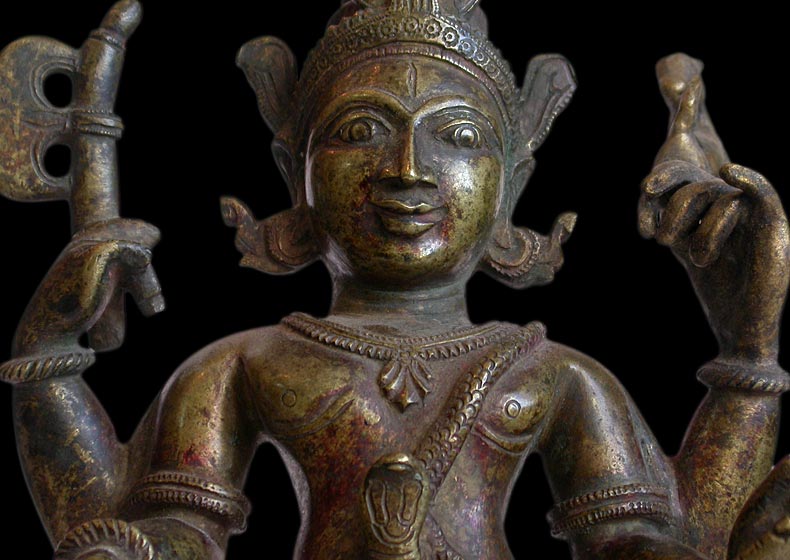