Antique Chinese Wood Carving
Guan Yu (Japanese: Kanu) the God of War, is a patron saint of many trade. He is considered as the God of Wealth, and a tutelary deity of business in Chinese culture. As this ebony carving depicts here, Guan Yu is seen holding the Book of Spring and Autumn (History Annual of Zhou dynasty, 770-475 B.C.); it is for this reason, the God of War is also revered as the God of Literature.

Carved in round, this statue of Guan Yu is a traditional image of the mythical hero. The statue is deeply incised with an elaborate dragon armor on charcoal black ebony wood, heavy for its size. The polychrome and condition of the statue attributes the carving to the early republic, though stylistically it is of the Ming period (1368-1644). 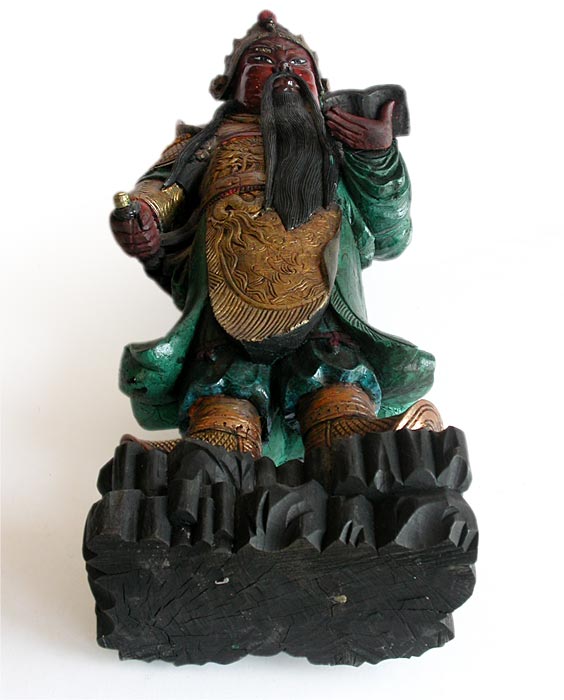 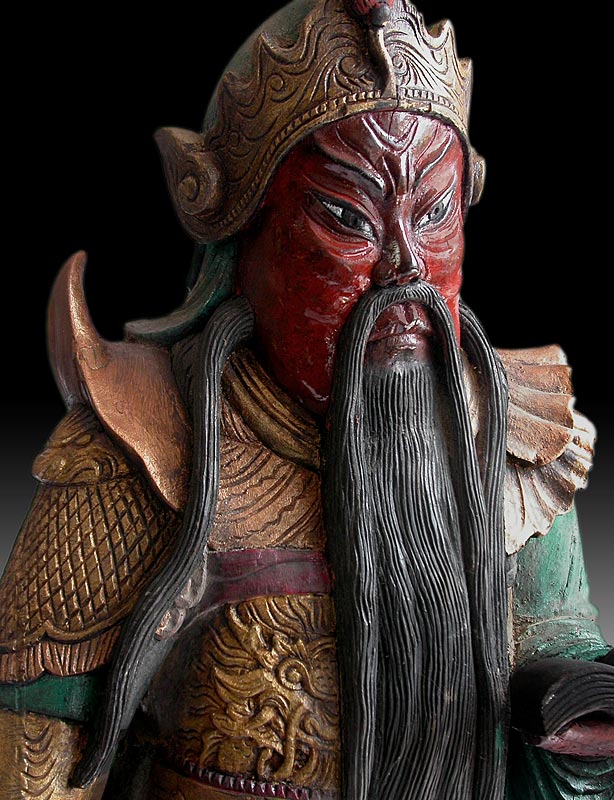