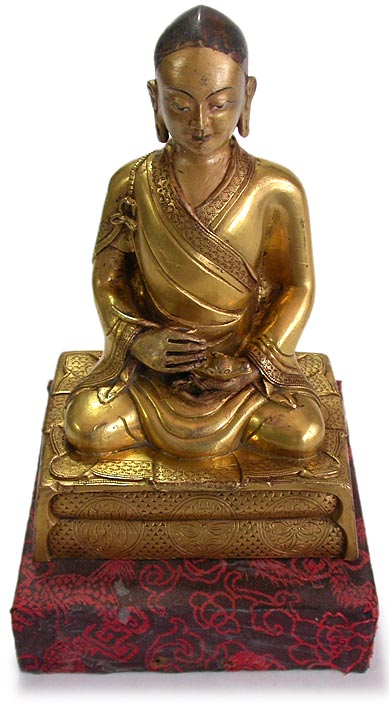 From the finely modeled figure to minute details in the arhat's clothes and cushion, the superb artistry indicates distinct signs of both Tibetan and Chinese influences; As the etched inscriptions in the back of the statue is in Tibetan, while the incised visvavajra on the copper baseplate shows a yin-yang symbol in the center, which may be attributed to a Chinese imperial workshop of the Qianlong Emperor era. 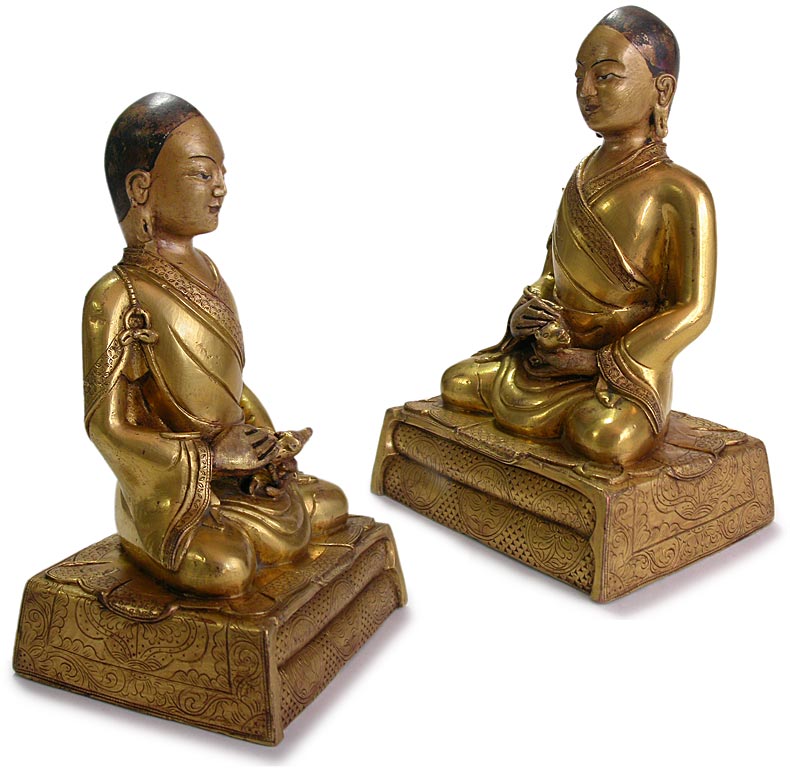 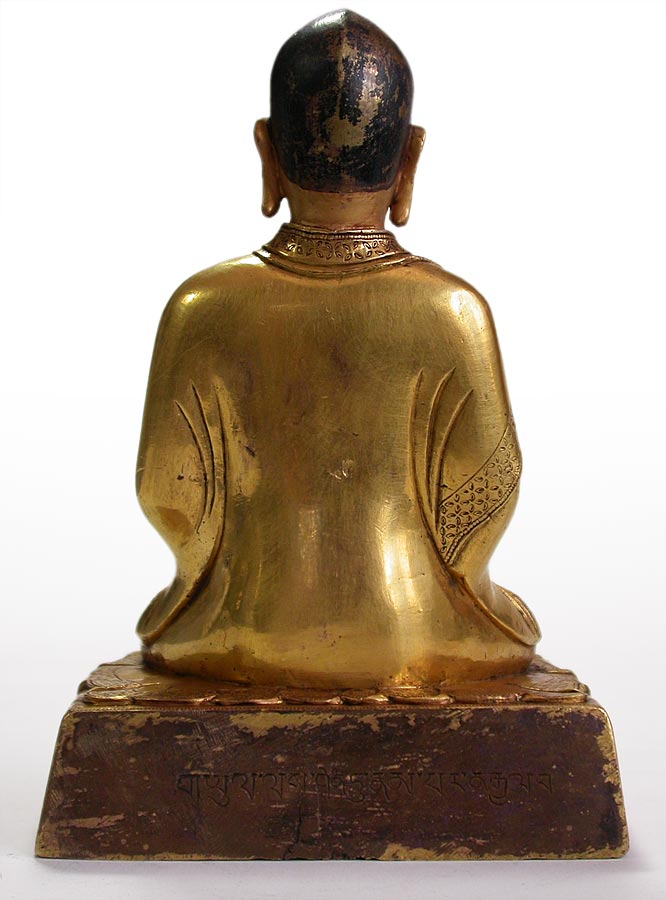 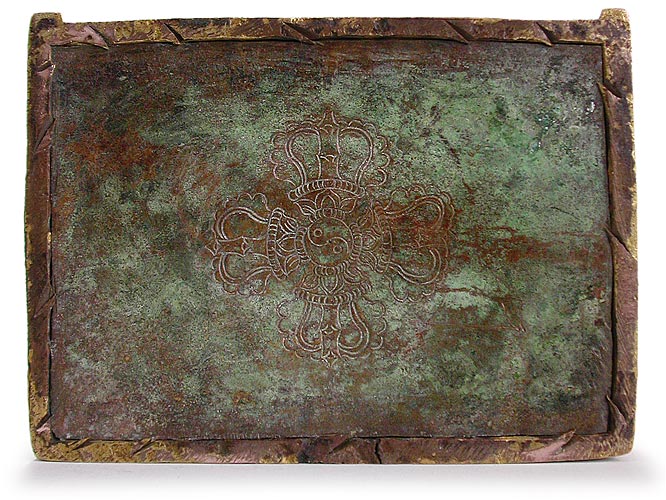 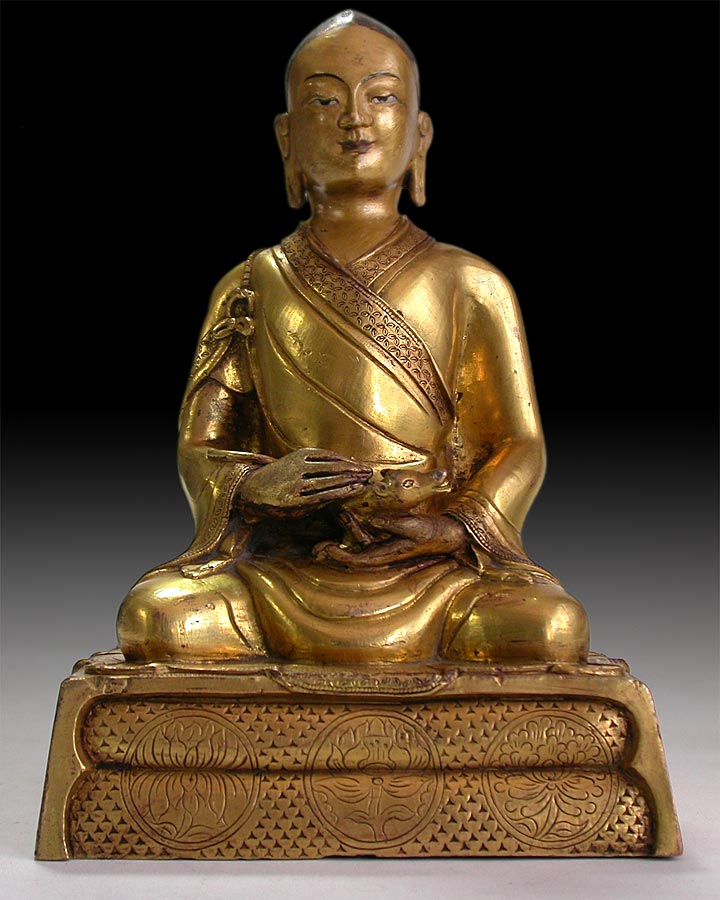