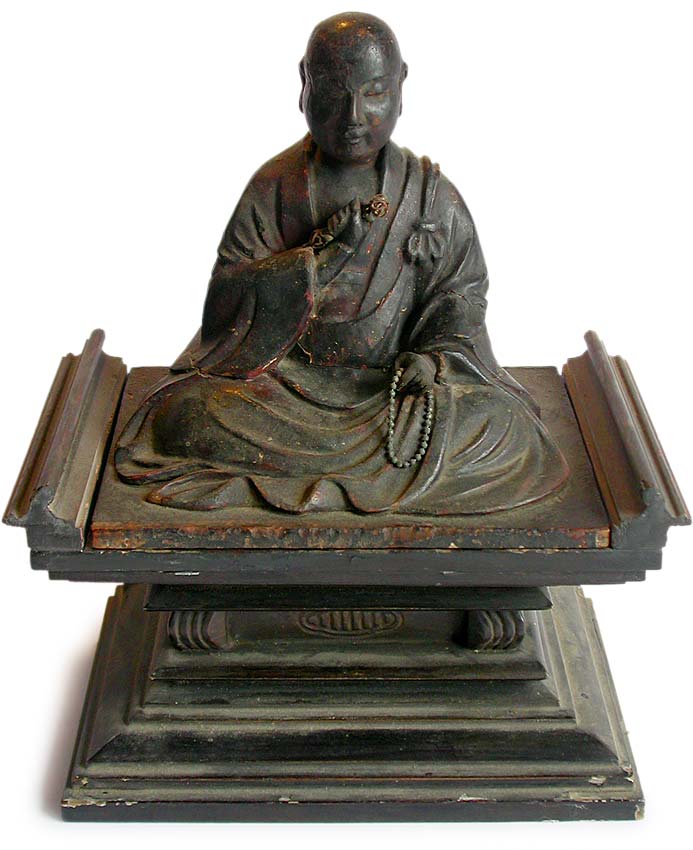 Japanese Lacquered Wood Statue
Worn with age but complete with no major losses, this small antique Japanese joined-blocks hollow core wood carving, with remnant of red pigment and black lacquer overall, the figure is seated on a tentatively newer rectangular pedestal, he is holding a prayer beads and a dorje in hands, with flowing robe and portrait-like realism that confirmed his identity to be Kukai (774–835 CE), posthumously known as Kobodaishi, a tantric master who travelled to China in 804, and returned to Japan with numerous early tantra, thus established the Vajrayana teachings as the founder of the esoteric Shingon School, and credited with founding hundreds of temples throughout Japan. Kukai is one of the intellectual giants in Japanese history, and revere for his contributions in education, lexicography, language, poetry, calligraphy, painting, sculpture, music, civil engineering and architecture, etc. 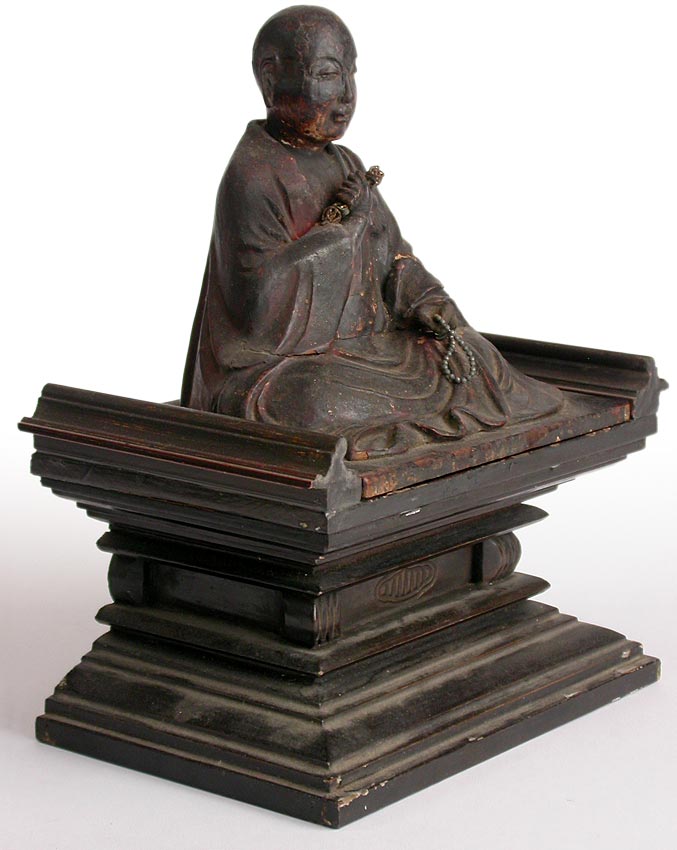 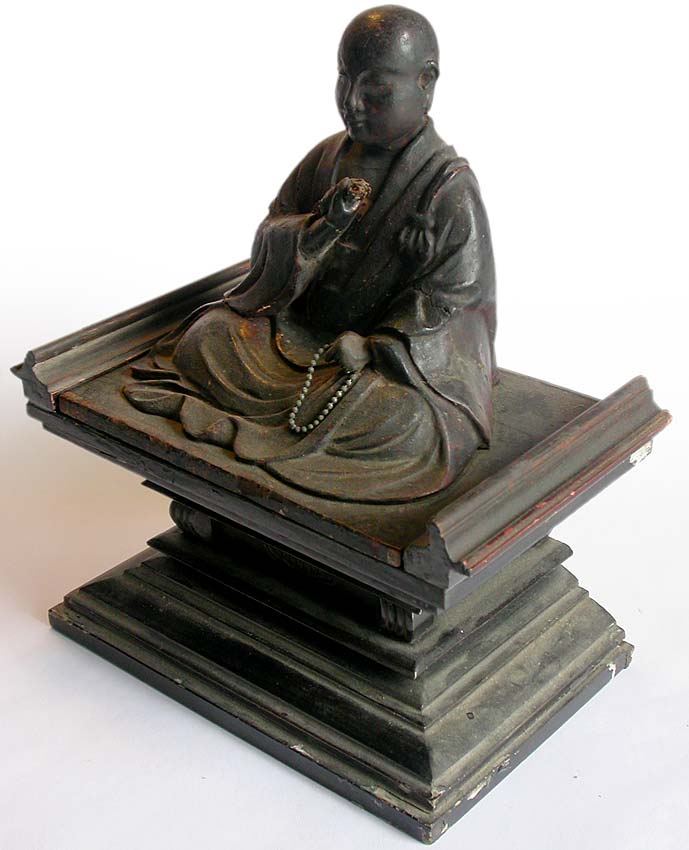 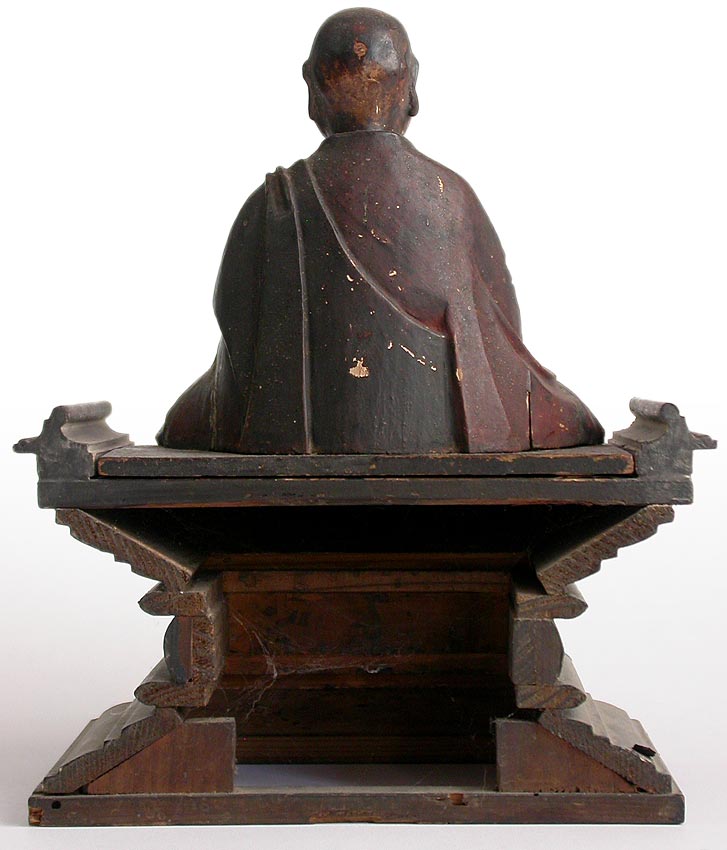 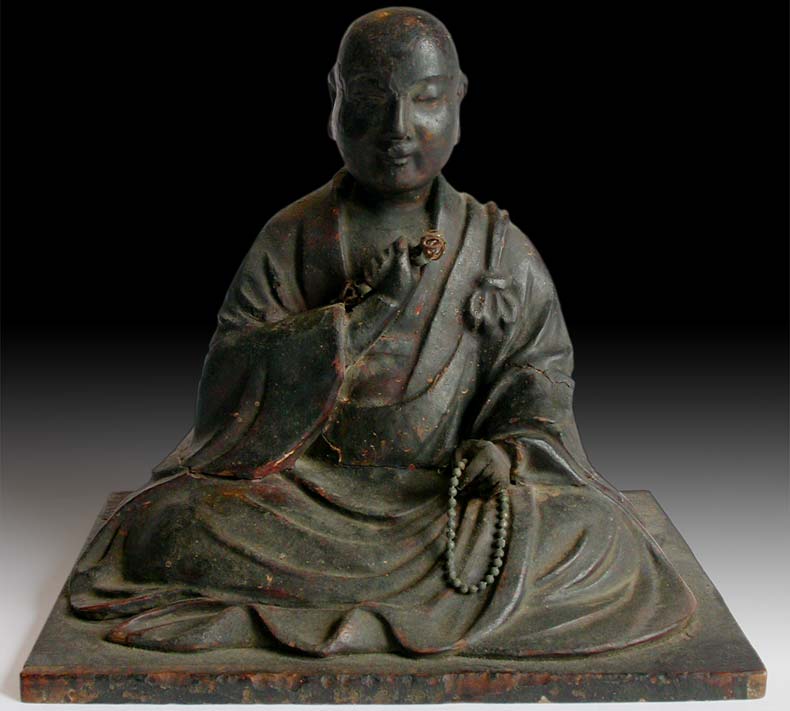