Antique Japanese Silver Gilded Bronze Koro
A samurai suited in armor sitting atop a magnificent muscled steed reared up in motion, his large helmet (kabuto) is resplendent, on which is set a solid gold crest in use since the Great Unifier Toyotomi Hideyoshi in the 16th century, and continues in use as the emblem of the Prime Minister of Japan. Judging from the time period in which this sculpture was made, and the realistic facial features of the samurai, this meticulously sculpted bronze koro is in a class of its own; especially when considering that this impressive sculpture once functioned as a censer, and possibly an effigy for the illustrious three-terms Prime Minister Katsuro Taro of Imperial Japan. As shown in this superb rendering of the warrior on a high horse, the formidable presence and unwavering loyalty in the samurai spirit is revered in the koro. Intricate details such as the Gold Paulownia Seal, the face of Hideki in gilded copper, and his chest plate with the inlaid emblem of a rising sun in gold and silver are exquisite, yet balanced by the subtlety of the beautifully aged mellow patinas. 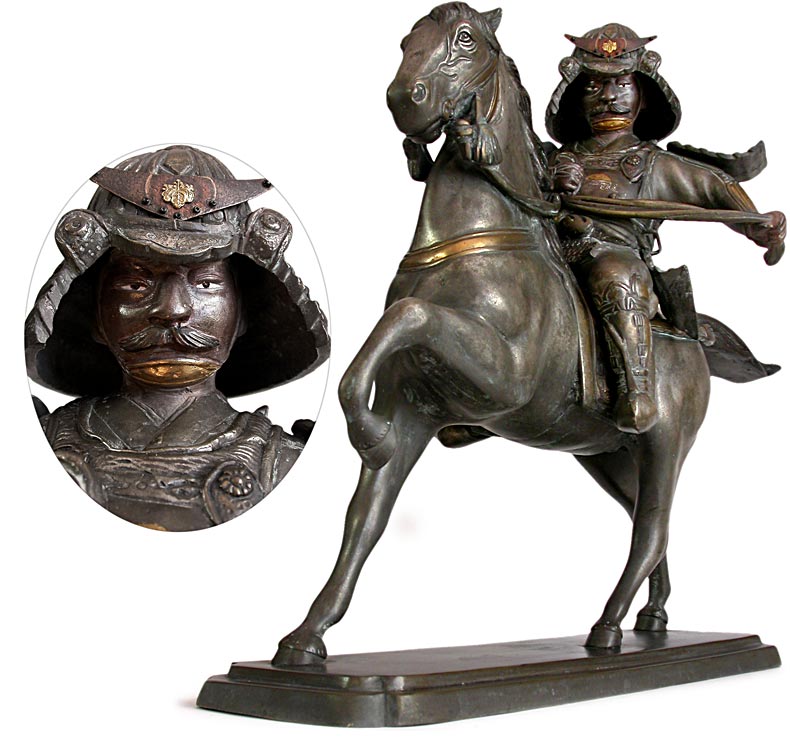 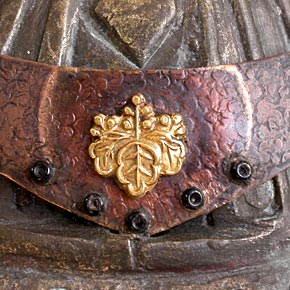 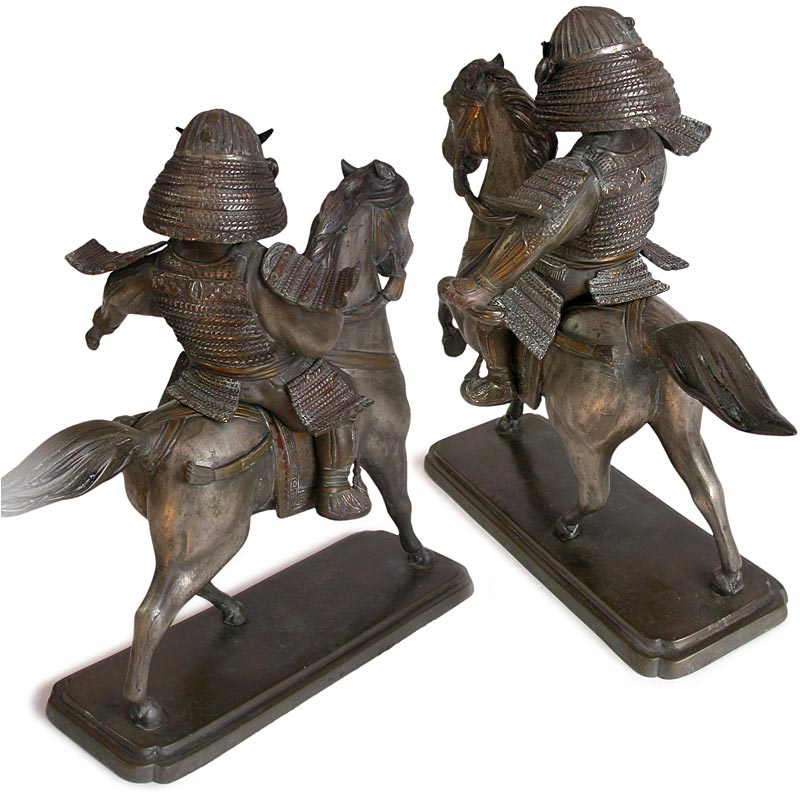 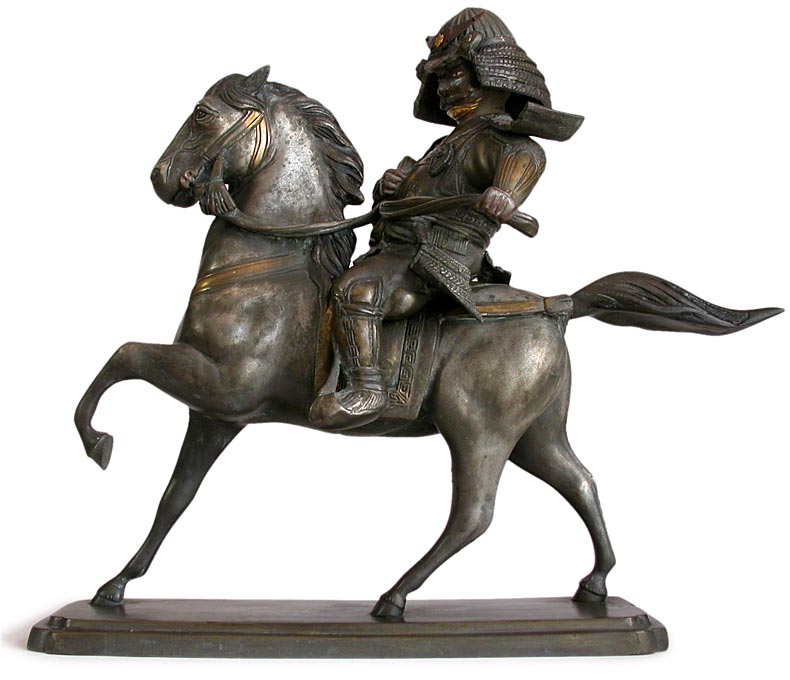 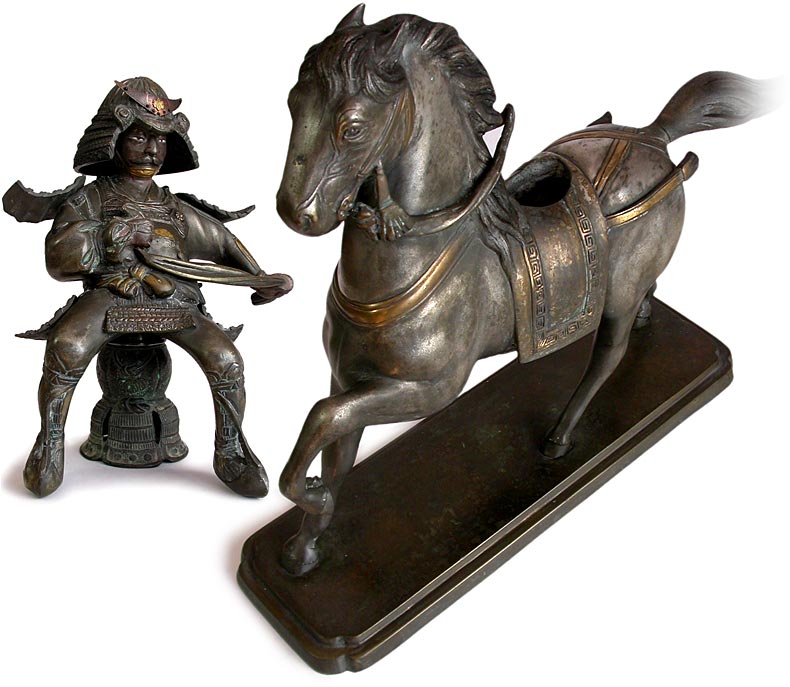 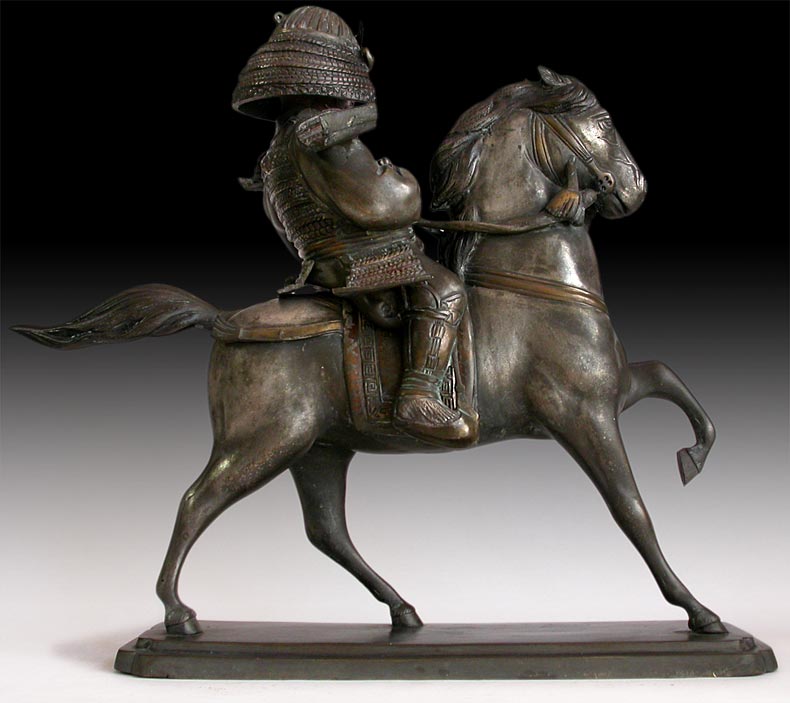