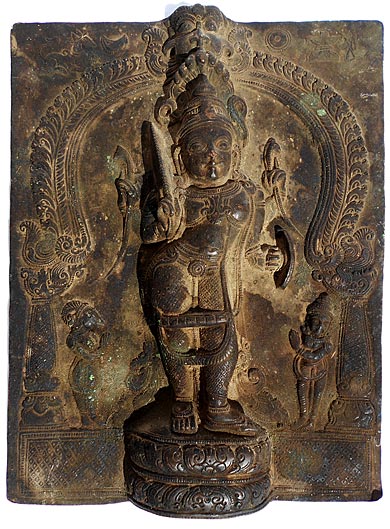 Hindu Temple Bronze Repousse Plaque
Ameticulously hammered and chiseled bronze repousse, oil rubbed and hand polishing to a shine against a rustic background. In which emerges a beautifully enshrined Virabhadra, the supreme warrior hero who defeated Indra, Vishnu and Brahma in the war against Daksha, as in the mythological story of Dakshayaga. It was told that Shiva created Virabhadra by thrashing his matted lock in his rage and sorrow due to the self-immolation of Sati Devi. He was said to be tall as heaven and dark as the clouds, with flame-like hair and three burning eyes, wore a garland of skulls and carried various weapons with a thousand arms. As depicted here in this four-armed Virabhadra. He is wearing a high crown, with a seven-headed Naga King rising above and looping around him. Standing to his left is Brahma in adoration, and to his right is Varaha, the avatar of the Hindu god Vishnu. Beneath his feet are two crouching elephants, and framing on both sides are two makalas on pedestals, spraying geysers that formed a rainbow aureole. Above his head in the center is the face of a lion, with a crouching Nandi and a Shiva Lingam on opposing side. Ranging from geometric motifs to symmetric curves that encompasses the scene, this sublime repousse reveals the splendor of the God inasmuch as the devotion of its maker. 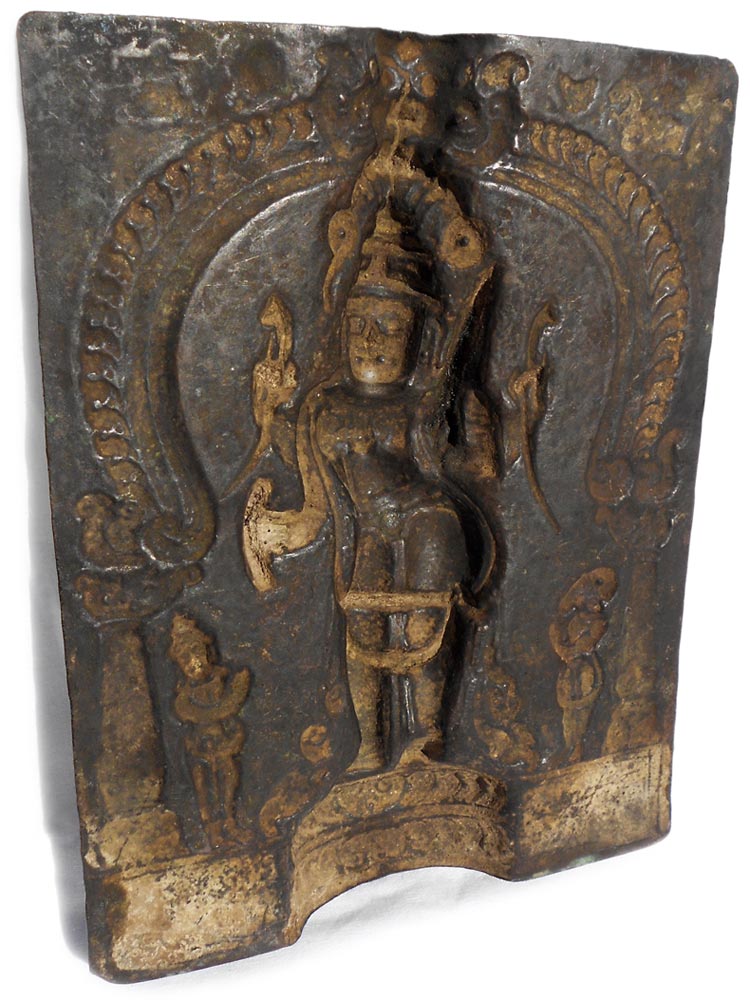 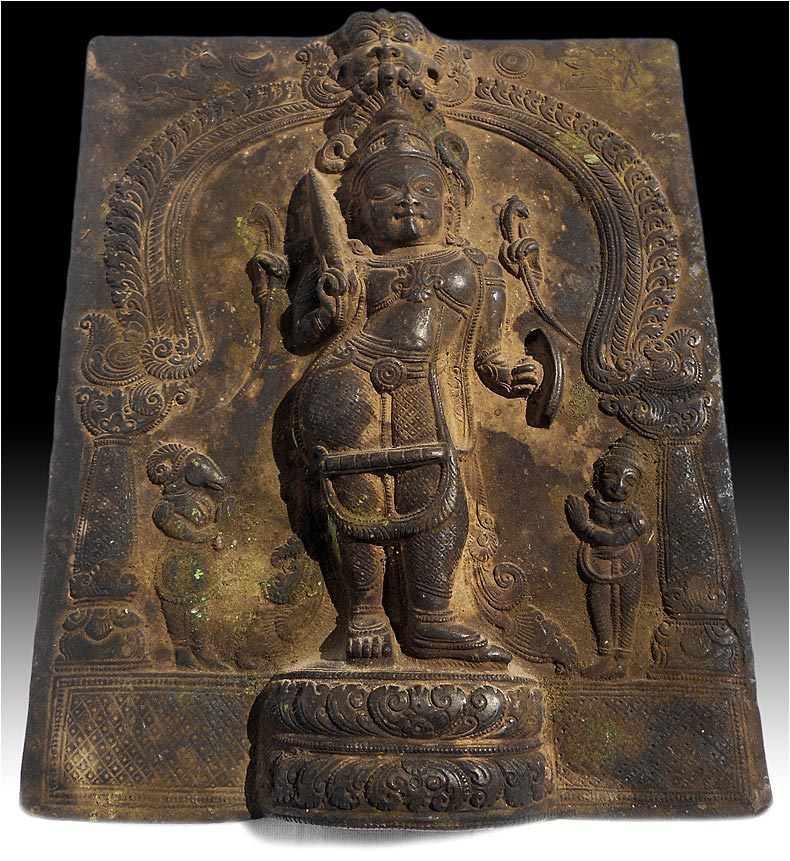