Antique Gilt Hinoki Wood Buddha Statue
Amida Nyorai, the Buddha of Infinite Light is the personification of compassion. Here in this mid-sized temple statue, a radiant wash of gold illumines this stately Amida descending from the Western Pure Land, as parallel arcs of his falling garment lend a gentle rhythm to his imperturbable serenity.

Amida Nyorai is the primary Buddha in the Jodo (Pure Land) sect, and the Shingon-shu (True Word) Esoteric Buddhism found by Kukai. He is a hugely popular Buddha in Japan, and there are numerous of Amida statues produced since 7th century. Noticeably this gilt wood Buddha is in a class of its own; the lacquered large bowl-shaped cranial protuberance, the broad face with full cheeks and long earlobes, including the close-set drapery folds and fin-like sleeves are unusually provincial, differ conspicuously from most representations of Amida Nyorai statues from the Nara or Kamakura eras. Judging from the features of this Amida statue, there are distinctive stylistic influences of the Chinese Song period (960-1279); at the time when Chogen of the Jodo-shu brought back with him a number of statues from China. Through the variegated hues in the exposed wood, visibly replete with traces of its long history are areas of losses and peeling patches of gilded gold, the statue is a single block hinoki carving known as "ichiboku". Along with its kanji inscriptions: Wooden Man Kindhearted; which suggested that the statue was carved before Amida Nyorai was a household name. In its straightforward simplicity, this Amida Nyorai statue is a paragon of the continuation of earlier Japanese sculpture in styles and techniques. 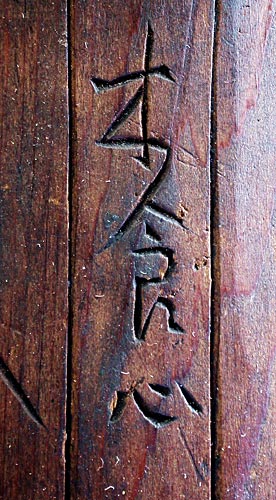 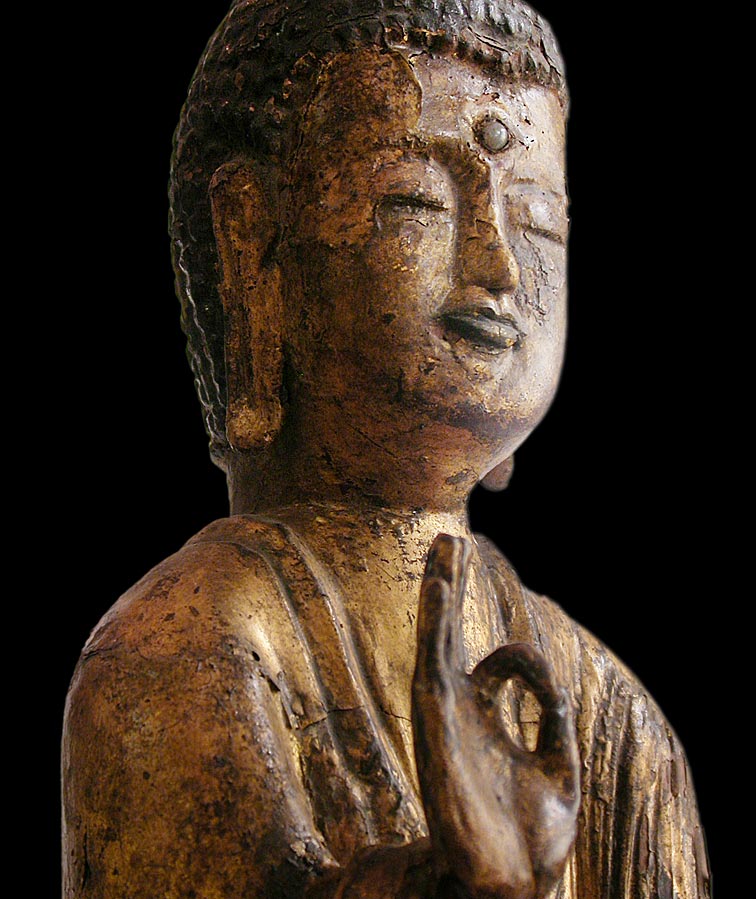