Antique Chinese Rosewood Carving
Deeply carved in round with meticulous details, this spirited Chinese rosewood statue depicts a warrior in militant armor, tightly gripping his sword in one hand, seemingly defending the toddler clinging to his chest. Clearly this portraiture is commonly recognized as one of the most venerated historic warrior, Zhao Zilong 趙子龍 (Zhao Yun趙雲), single-handedly rescuing the Prince Adou in the battle of Changban. Due to the popularity of the historical novel Romance of the Three Kingdoms, Zhao Zilong has been featured prominently in Chinese popular culture, literature, and art. He is historically venerated as a perfect warrior with serene charisma, courage and fierce combat skills. Zhao Zilong died in 229 and was posthumously honored as "Marquis Shunping"; today many of his tomb and monuments are found throughout China. This extraordinary carving is attributed to the early republic period. Other than a couple of filled hairline cracks below his right arm, the statue is in very good condition. 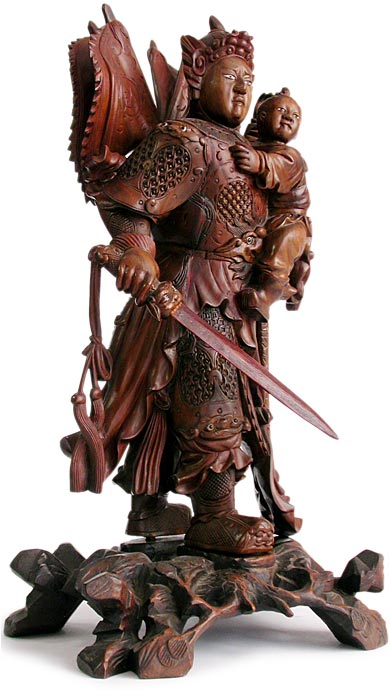 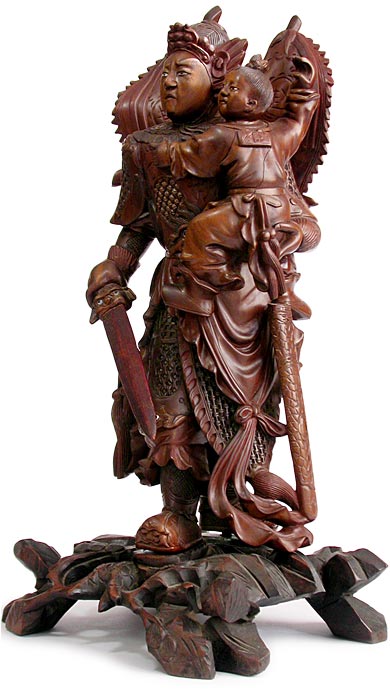 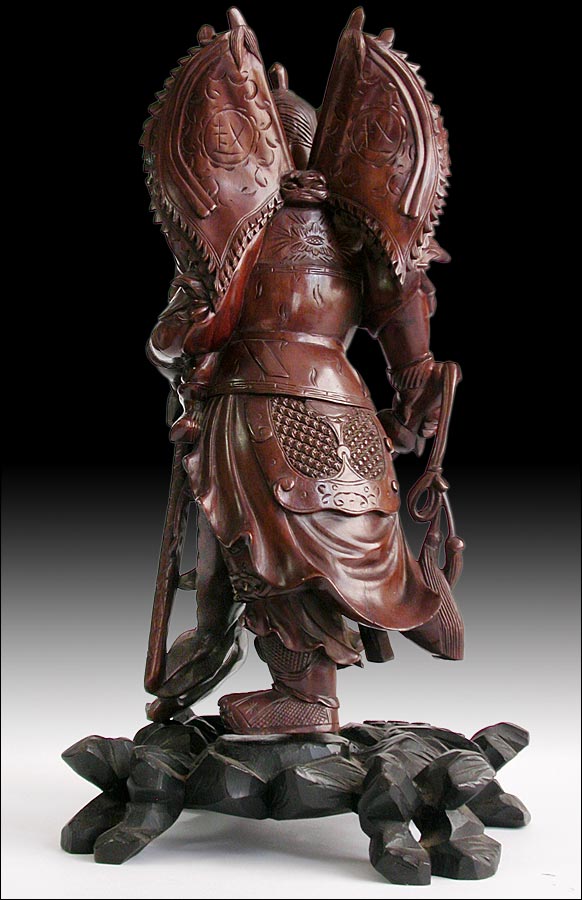 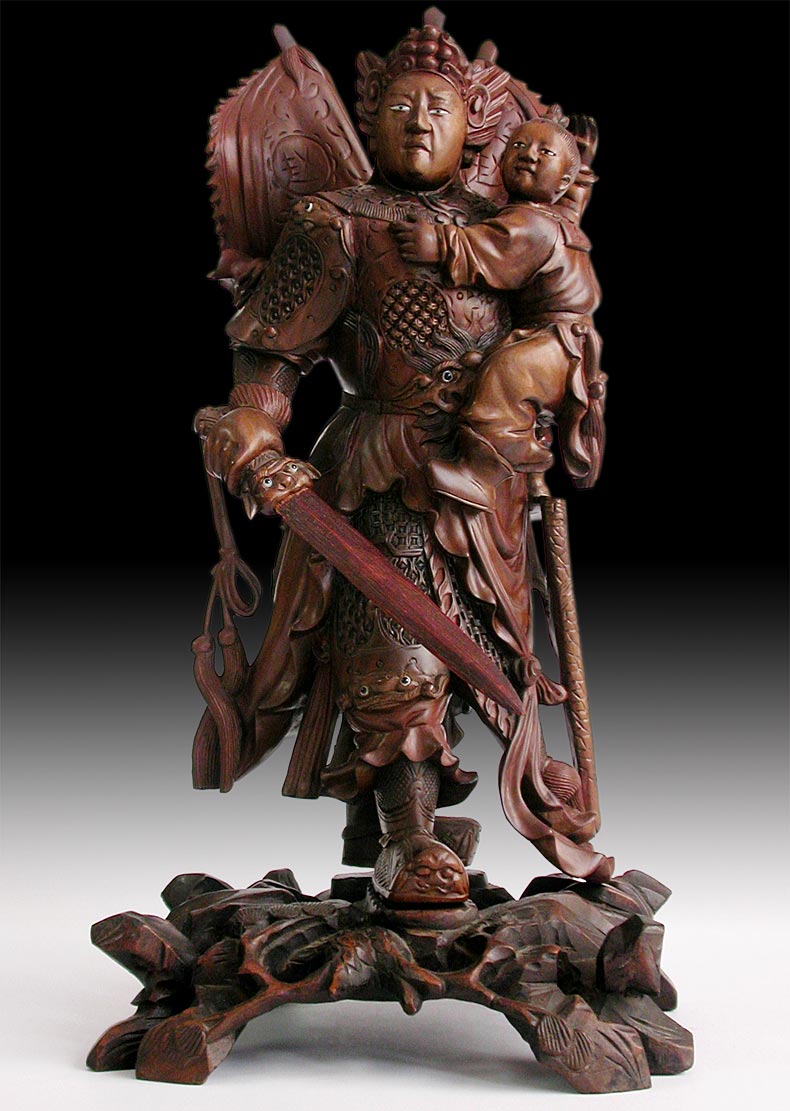 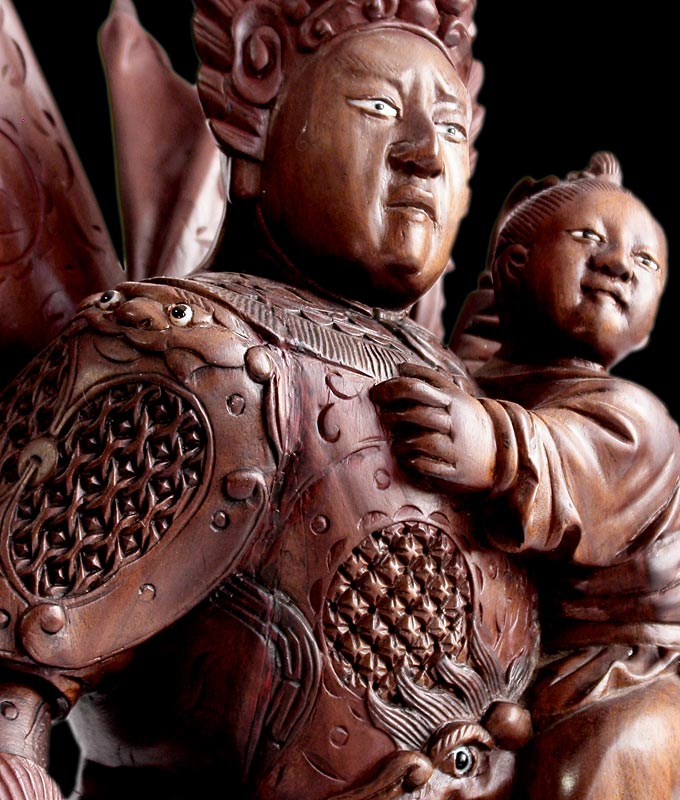